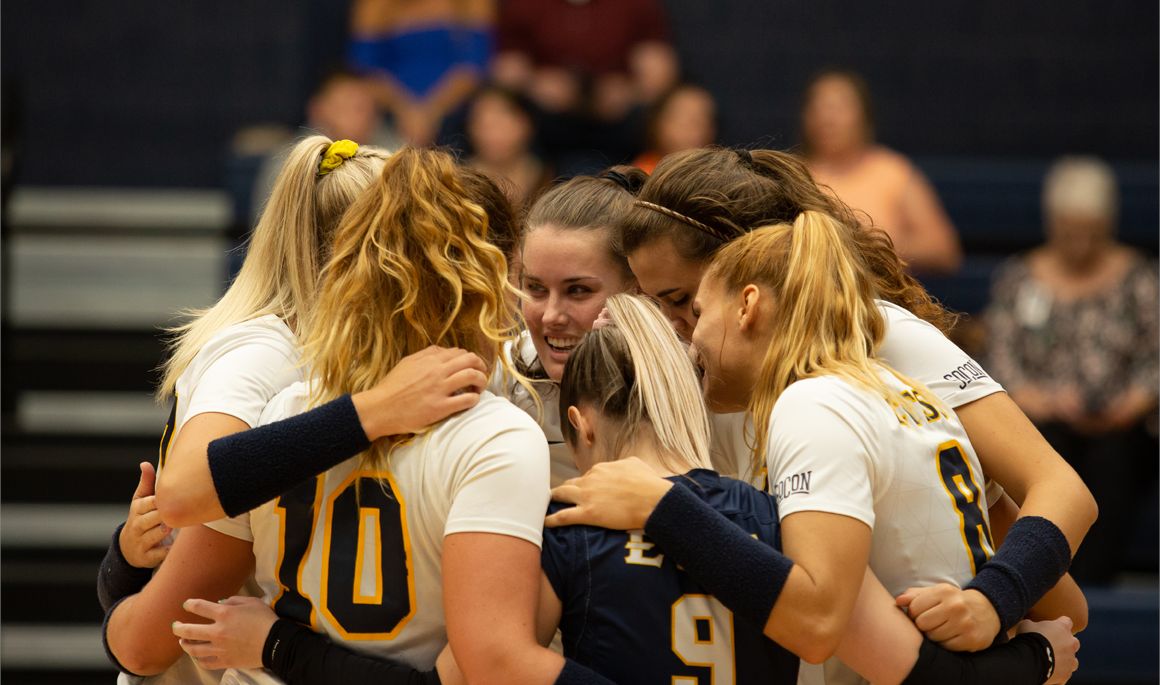 BOWLING GREEN, Ky. (Sept. 13, 2018) – The Bucs conclude their last preseason tournament when they travel to Bowling Green, Ky. for the WKU Tournament. They will take on the host Western Kentucky, Northern Illinois, and No. 22 Washington State.

LAST TIME OUT: ETSU hosted Appalachian State and the Bucs picked up their fifth sweep of the season to remain 2-0 at home. The Bucs as a team had 10 blocks and finished with a .357 hitting percentage. Mariah McPartland (Boone, Iowa) led the Bus in kills to tie her career-high (11) and finished with a .562 hitting percentage. It was a great team performance by the Bus.

ETSU vs. WKU: This will be the sixth meeting in program history. Both teams met last season, but WKU came away with a 3-1 win. WKU and ETSU were also in the same bracket in the first round of the NCAA tournament.

ETSU vs. NIU: This will be the first meeting.

A LOOK AT ETSU: ETSU is off to a hot start this year entering the weekend with a 9-2 record. This will be the Bucs’ last chance to take on non-conference opponents before taking on Southern Conference opponent, Western Carolina next week. Senior setter Alyssa Kvarta (Crown Point, Ind.) has played a key role in the Bucs’ success. Leah Clayton (Danville, Va.) and AJ Lux (Shelbyville, Ind.) have been the Bucs top hitters, along with Kaela Massey (Brentwood, Tenn.), Mariah McPartland and Braedyn Tutton (Courtice, Ontario). Marija Popovic (Belgrade, Serbia) and Hailey Aguilar (Chicago, Ill.) have been tremendous servers and passers throughout the season.

A LOOK AT WESTERN KENTUCKY: WKU enters the weekend with a 6-4 overall record winning their last three matches. In 2017, WKU went 31-4 to make it to the second round of the NCAA tournament. They return two starters, including their libero, while losing four. Senior Rachel Anderson has been an impact player for WKU leading the team in both kills and blocks.

A LOOK AT NORTHERN ILLINOIS: NIU has a 2-10 record with wins over Milwaukee and Marshall. They went 8-23 in the 2017 season and have three seniors on the team this year. Meg Wolowicz and Jori Radtke are their top two hitters leading the team in kills. Grace Balensiefer is their setter and Miranda Karlen is their libero.

A LOOK AT WASHINGTON STATE: Washington State is currently undefeated with a 7-0 overall record and has back-to-back wins over No. 17 Northern Iowa. The Cougars are also ranked No. 22 in the AVCA poll as well. The Cougars return six top returners and have five players ranked in the NCAA DI top 50 in nine different statistical categories last season. Washington State had their second consecutive NCAA Championship Tournament bid and advanced to the second round.