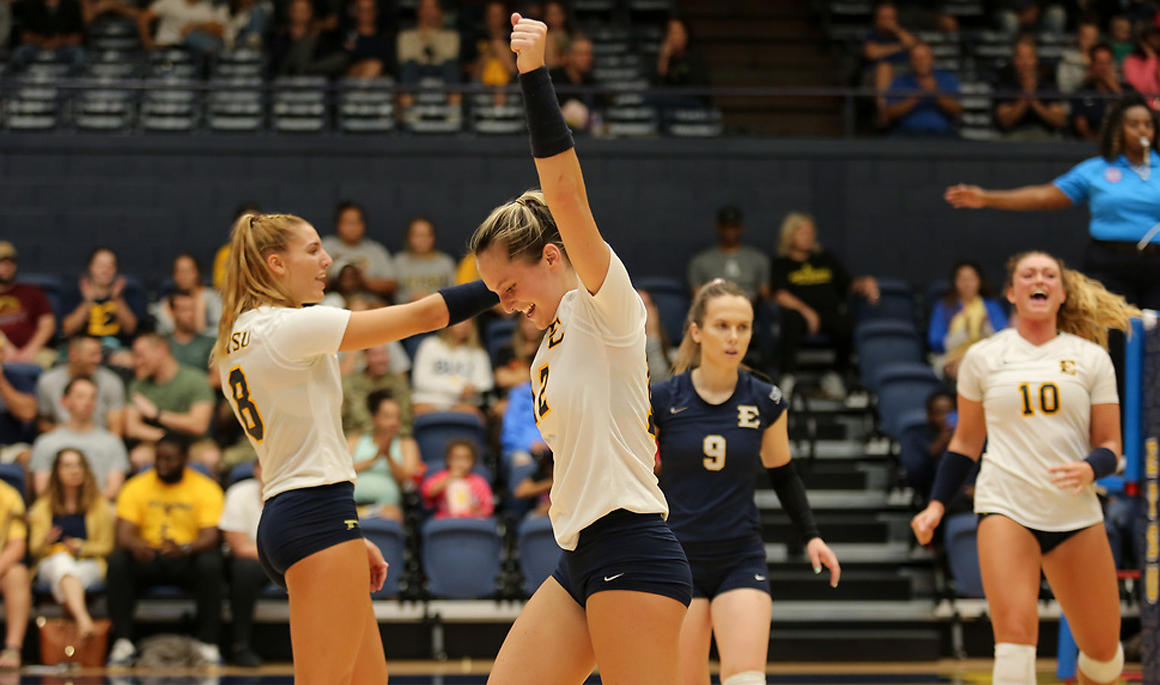 Set 1: The Bucs jumped out strong to gain a seven-point lead after going on a 5-0 run. Tutton had back-to-back kills before WCU called timeout. Kvarta recorded her 2,000th career assist after feeding Tutton to sit the score at 10-3. The Catamounts went on a 6-0 run to get within one. ETSU controlled the lead, as a WCU service error would push the Bucs to set point. McPartland would end the set with a kill and ETSU would take the first set 25-23.

Set 2: Clayton’s serves helped ETSU control a five-point lead. The Bucs were unstoppable as they eventually would take a ten-point lead with the help from Kvarta’s 4-0 serve run. Kills came from Massey, Lux, and Clayton. After a block by Massey and McPartland, the Bucs took a 22-11 lead and WCU would call timeout. ETSU was able to get three quick points to clinch the second set 25-11.

Set 3: Hailey Aguilar (Chicago, Ill.), McPartland, and Massey each had 2-0 serve runs to put ETSU out in front. Clayton’s 6-0 serve run sparked the Bucs to give them a 14-7 lead. ETSU continued to build and Lux gave the Bucs back-to-back kills at 21-13. Kvarta’s solo block helped them get closer and McPartland would end the match with a kill to win the set 25-14.