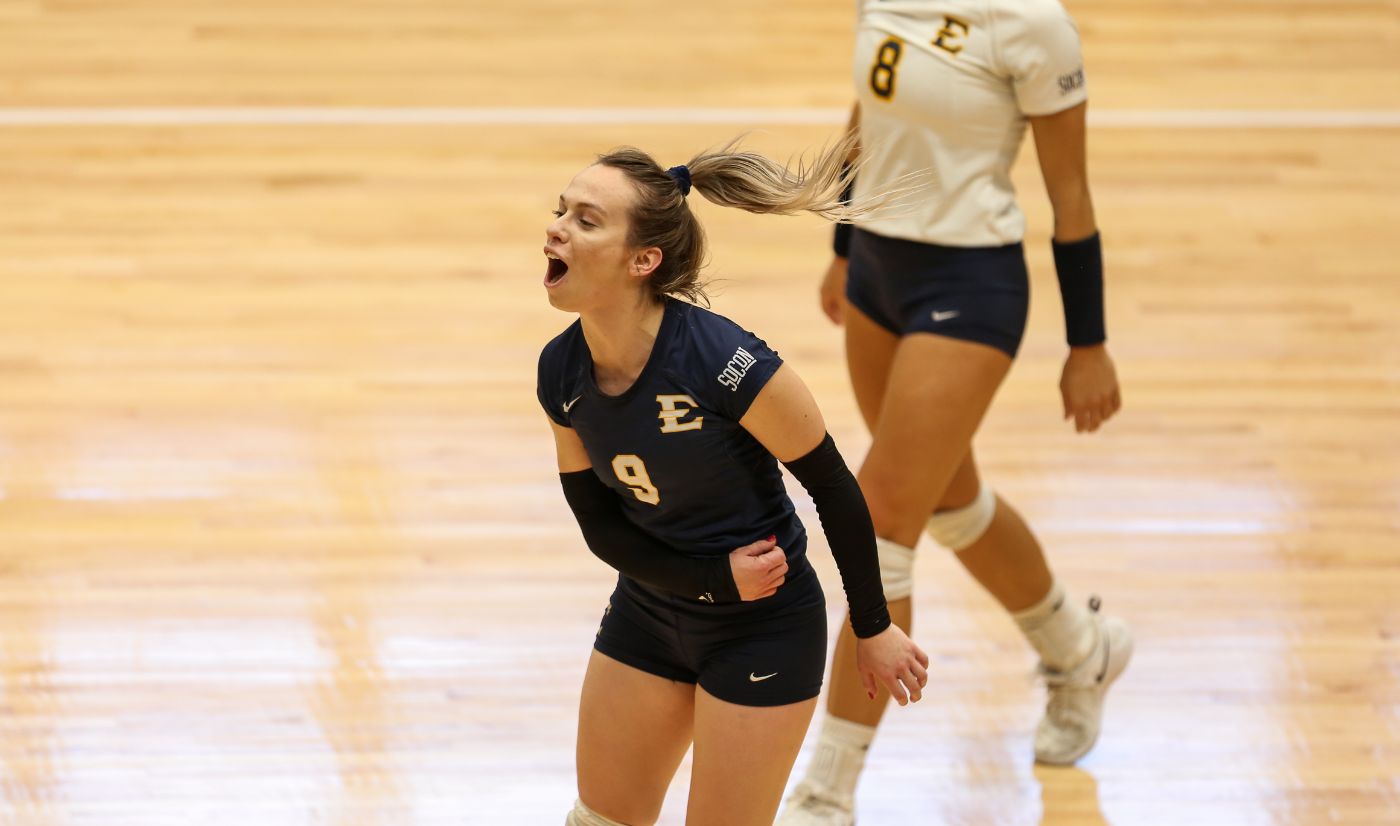 Set 1: Kills by Clayton and Massey set the tone for the Bucs to begin the set, but the Mocs would battle back. Tutton put the Bucs ahead 10-9 with a kill and from there, ETSU went on a 9-1 run to take a19-10 lead. Serves came from Popovic and Kvarta during the run. Clayton gave the Bucs set point after her kill, but the Mocs were able to rally off three straight points to make the score 24-19. AJ Lux would secure the win with a kill to end it 25-19.

Set 2: Lux carried her momentum to the second set, as she began with a kill. The Mocs were able to take a 7-3 lead early on, forcing the Bucs to call timeout. ETSU would battle back to tie the set at 12 after a kill by Lux. Serves by Aguilar, Massey, and McPartland helped the Bucs go on a 7-2 run to grab a five-point lead with the score sitting at 20-15. Tutton and Kvarta would combine for the block to put ETSU one point closer to set point. Kvarta came up big once again, this time with McPartland, as the pair would combine for the block to clinch the 25-17 set win.

Set 3: A 6-1 run sparked the Bucs early on to take a 9-4 lead. ETSU would control the entire third set. Clayton and Popovic’s serves helped the Bucs take a 16-7 lead. The Bucs held a seven-point lead and ETSU’s blocking game would continue to thrive. Lux’s kill set the Bucs up for match point and Mariah McPartland would secure the 25-17 set win, as ETSU would sweep the Chattanooga in three.

Head coach Lindsey Devine on Alyssa Kvarta’s sets: “We have some solid passers in Leah Clayton, Marija Popovic, and Hailey Aguilar so that makes Alyssa Kvarta’s job a little easier. We definitely are a lot better when that pass is where it needs to be because Kvarta understands the flow of the game and she understands how to execute our game plan.”

Head coach Lindsey Devine on Leah Clayton’s play today vs. Chattanooga: “I was really happy to see how she (Leah Clayton) learned from yesterday. She is that impact player. Leah continues to be herself and she’s so aggressive and athletic. It’s really tough for opponents to stop her. I love that she brought her competitive self today.”

Junior outside hitter Leah Clayton on her performance today vs. Chattanooga: I think we really pressed through and I think we really got our heads right this game. We didn’t harp on the negative things we did yesterday. We just really stuck to persevering and pushing through what we needed to do to follow our game plan.