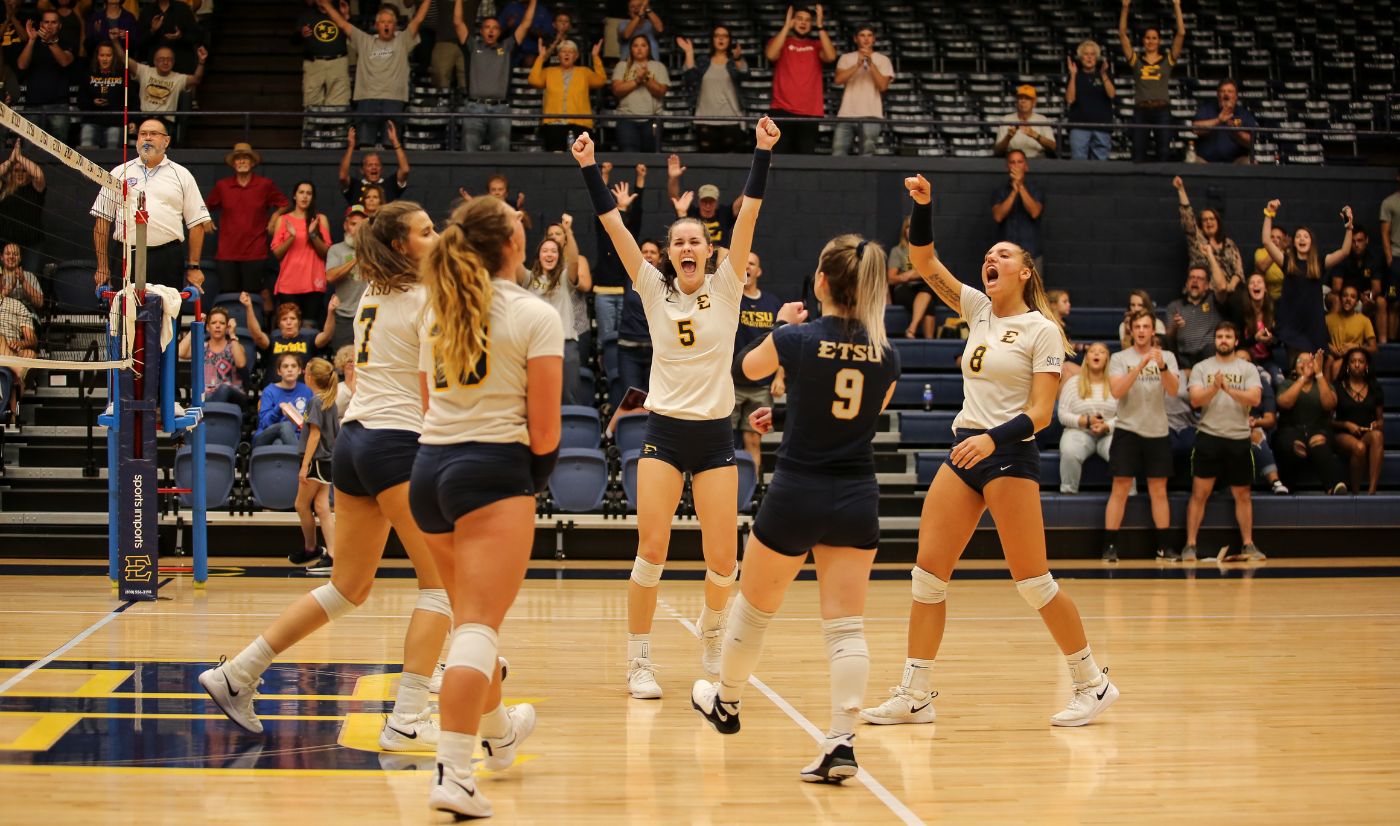 The Bucs improve to 4-1 in the SoCon

Set 1: Kvarta started things off on a high note with a service ace to give the Bucs the first point of the match. Wofford was able to tie the set at seven after a block. From there the Bucs would build, as Lux was strong, finishing with four kills. Tutton and Clayton also provided kills. Lux and McPartland blocked the Terriers at 18-15 forcing the Terriers to call timeout. A 4-0 run put the Bucs ahead 21-16, but the Terriers got back-to-back points. Tutton and Massey’s block gave the Bucs set point and ETSU would win the set 25-18.

Set 2: Kvarta once again gave the Bucs the first point of the set after her kill. The beginning was back and forth before Kvarta’s serves helped ETSU go on a 9-0 run to eventually take a ten-point lead. Clayton, McPartland, and Tutton provided kills. The Bucs continued to control their lead and Tutton would end the set 25-14 with a kill.

Set 3: Wofford took the lead in the third set, but the Bucs would fight back. Both team battled as there were 10 different ties. After a block by Tutton and Clayton, ETSU was able to go on a 4-0 run off of Massey’s serves to take a 19-16 lead. The Terriers were able to tie it at 21 and take a lead, but Lux would give ETSU a kill to tie it once again at 22. Back-to-back attack errors by Wofford helped ETSU reach match point and Lux would end it with a kill 25-22.

Up Next: ETSU continues their home stand when they host the Furman Paladins tomorrow, Oct. 6 at 8:00 p.m. inside Brooks Gym