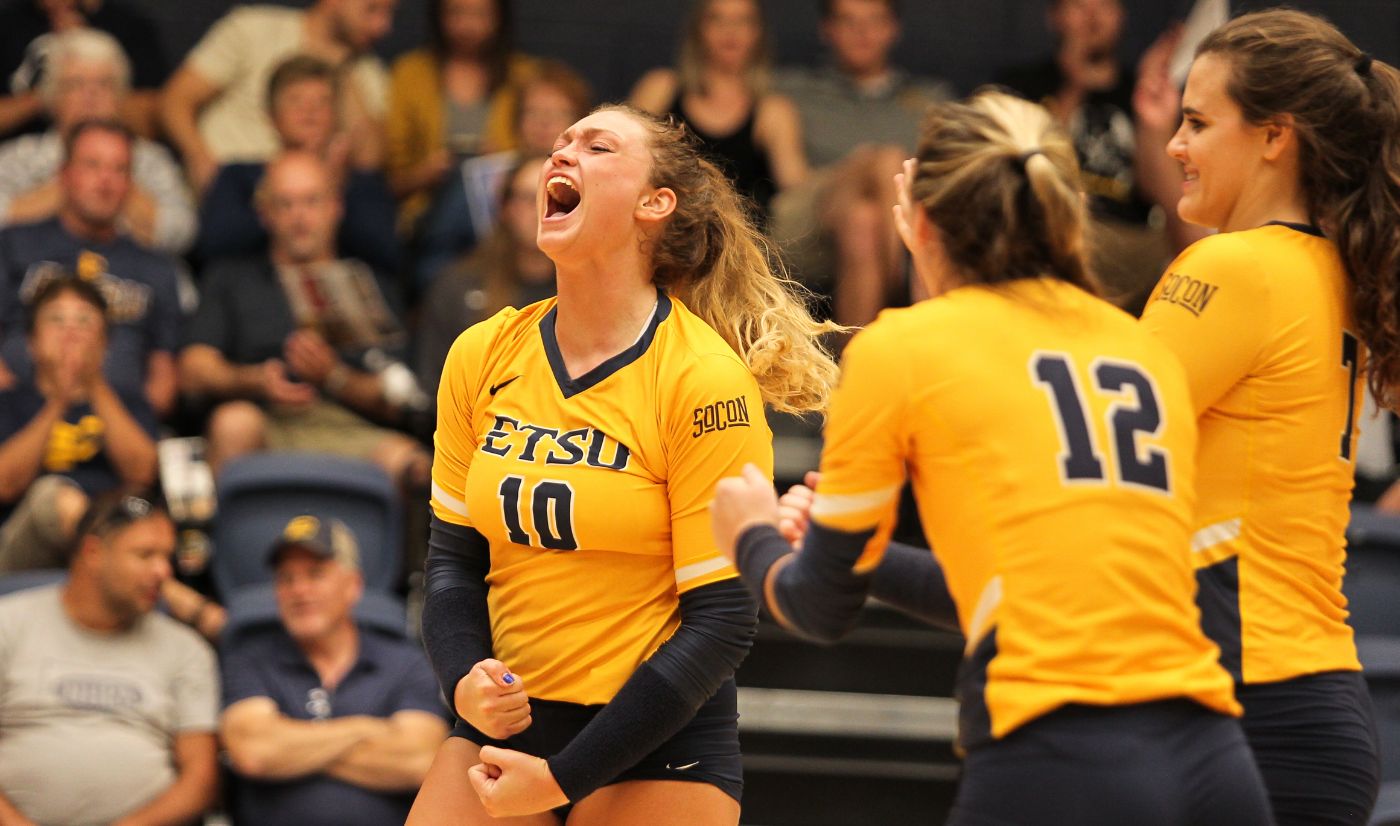 Bucs improve to 5-1 in SoCon action

“In all aspects of our game, we had solid performances by multiple players,” shared head coach Lindsey Devine. “Our first ball contact was consistent which enabled (Alyssa) Kvarta to execute the game plan. The strength of our bench came into the match and made key plays. Sara (Esposito) was an immediate impact and provided a different look to our offense.”

Set 1: The opening set began as a see-saw affair with ETSU holding a slim 9-7 advantage. The Bucs would then go on a four-point run powered by kills from Tutton, Lux and McPartland to force a Furman timeout. The Paladins battled back with four straight points to pull within two at 13-11 coming out of the short break, but the Bucs would prove to be too much following the spurt. ETSU went on an 8-0 run to take a commanding 21-11 lead, eventually capping the set with a 25-14 score. Clayton recorded the final two kills for ETSU to seal the set.

Set 2: The Bucs jumped to a quick 3-0 lead to open the second set, but the first of 15 Furman kills in the set would break up the early run. The two sides battled to a 20-20 deadlock, setting up a close finish to the set. ETSU called timeout after two Furman points to give the Paladins a 22-20 advantage and battled back-and-forth with impact kills from Massey and Clayton. Leading 24-23, Furman would close the closest set of the match with a kill by Courtney Hoffmann. Clayton had seven of her 14 kills in the second set.

Set 3: After allowing Furman to even the score, ETSU came out strong in the third set with four straight points. Furman corrected three early mistakes with four points of its own to re-even the score. Later in the set, the Bucs found themselves tied at 13-13 before rattling off six straight points. Lux and Esposito started and ended the run with kills, while Furman had four attack errors sandwiched in between to give the Bucs momentum. Esposito finished the set strong, guiding ETSU to the set victory with two additional kills and a service ace. Tutton produced the final kill to empathically swing momentum in ETSU’s favor and end the set at 25-17.

Set 4: With the opportunity to close the game, ETSU strung together its best set of the night the fourth time around. Jumping to an early 15-7 lead, the Paladins took a timeout to regroup. The Bucs would come out of the timeout as the beneficiaries, winning eight of the next 10 points to lead 23-9. Furman quickly added three points on two ETSU errors and a McNeill kill, but the Bucs righted the ship when Tutton blasted her fourth kill of the set to make it 24-12. Furman added one more kill, but a service error on the final play gave ETSU its fifth win of the SoCon season. Tutton and Esposito each had four kills in the final set, while Kvarta had 11 of her 43 assists in the closing bracket.

Up Next: The Bucs continue their three-game home stand when they host High Point on Oct. 9 at 6:00 p.m. The match is a pink out game in honor of October being Breast Cancer Awareness Month.