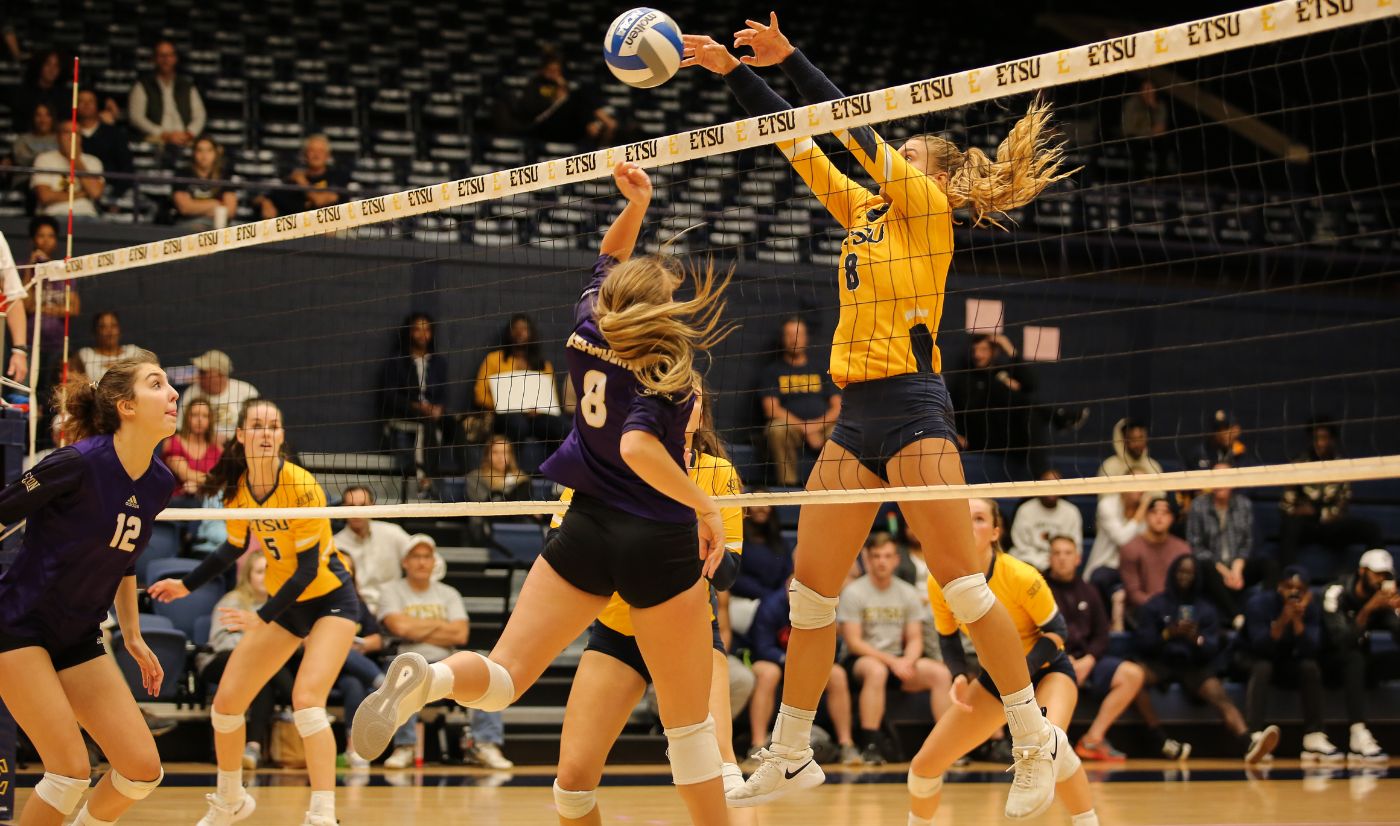 “From looking at the stats I was really pleased with the way that we blocked tonight,” head Coach Lindsey Devine said.  “Mariah really understands her role as a middle blocker. Both Leah and AJ have carried over the little details from practice. Some of those swings were high level attacks which created energy for our side of the net. I like seeing the stat number for our middle, Braedyn. She is always working hard to find space on the net. Kvarta continues to see the court and works to get great looks for our attackers. As always, Popche was solid on defense.”

Set 1: Western Carolina was able to jump out to a 4-0 start to begin the match. The Bucs stayed close until Popovic went on a 6-0 serve run to give the Bucs their first lead of the game at 11-9. During her run, she had two service aces and the Bucs had two blocks. The Bucs controlled their lead, but the Catamounts continued to fight. AJ Lux (Shelbyville, Ind.) gave the Bucs a three-point lead after her kill. Back-to-back kills by Massey put the Bucs ahead 22-19. Clayton would get a solo block and then a kill to get the Bucs ready for set point. McPartland would finish it with a kill, 25-19.

Set 2: The Catamounts began the second set with a kill, but Lux quickly tied it with a kill of her own. From there ETSU would build a four-point lead with kills from Massey. ETSU continued to build their lead with Kvarta’s 5-0 serve run to put the Bucs ahead 15-12. Tutton then helped ETSU reach 20 points after firing a kill. Clayton, Kvarta, and Lux continued to provide a strong spark for the Bucs and Sara Esposito’s (Pianiga, Venezia) kill would clinch the set 25-20.

Set 3: Western Carolina came out strong in the third set to build an 11-7 lead. Kaela Massey’s solo block put the Bucs within one and Hailey Aguilar’s (Chicago, Ill.)  service ace tied the set at 11. A block by Lux and McPartland once again tied the set at 19 and another block by McPartland and Clayton gave ETSU a 20-19 lead. Massey and Clayton gave the Bucs kills and ETSU would hold the Catamounts to 21 before Tutton ended the match with a kill.

Up Next: ETSU has eight days off before returning to action on Oct. 26 at Chattanooga.