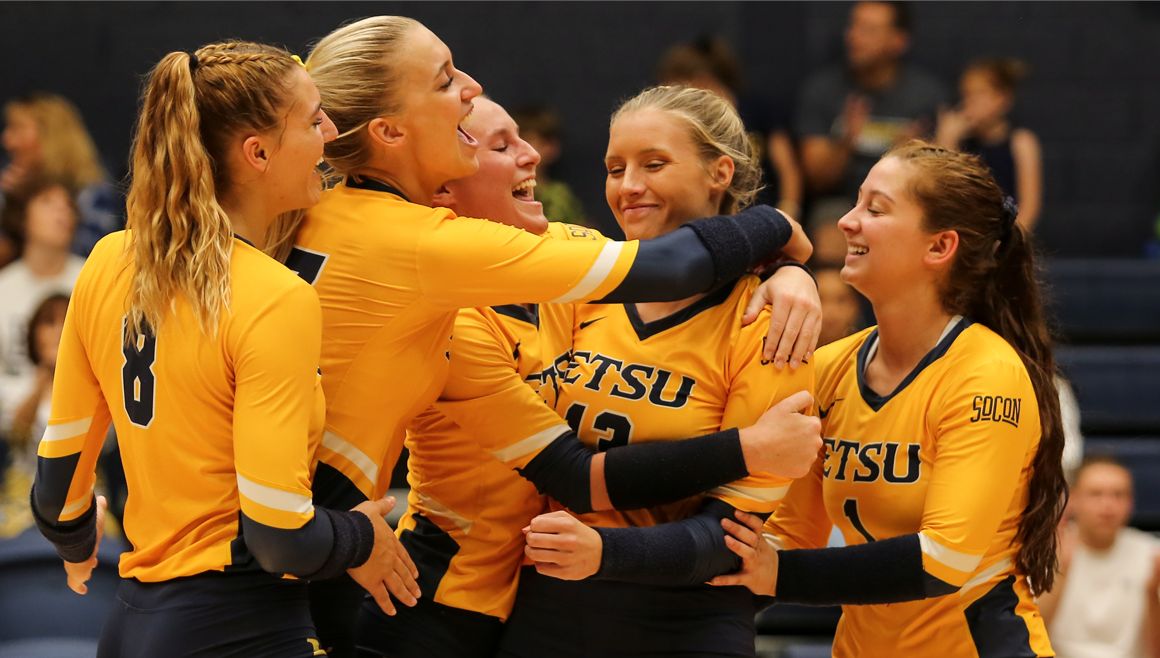 Both games will have video and live stats.

LAST TIME OUT: The Bucs picked up a 3-0 win over Western Carolina on Oct. 17 to improve their SoCon record to 8-1. They now have two regular season sweeps over the Catamounts. With that win, the Bucs have now won seven straight conference matches.

ETSU vs. Chattanooga: This will be the 67th meeting in program history. ETSU leads the series 35-31. Earlier in the season, the Bucs swept the Mocs at home.

ETSU vs. Samford: This will be the 12th meeting in program history. The Bucs lead the Bulldogs 7-4. Earlier in the season, Samford handed ETSU their only conference loss after coming back 2-0 to win a five-set match.

A LOOK AT CHATTANOOGA: The Mocs are 8-15 and 4-6 in the SoCon. They have lost their last three matches to Western Carolina, Wofford, and Furman all on the road. The last time they played on their home court, they earned two wins, with one coming from a five-set win over Samford to hand them their second SoCon loss of the season. The Mocs lead the conference in services aces and Dani Szczepanski is first with a .360 hitting percentage.

A LOOK AT SAMFORD: Samford has a 12-12 overall record and are second in the SoCon rankings with a 7-3 record. The Bulldogs have played five, five-set matches throughout conference play, with three of those five-set wins coming from a 2-0 deficit. Samford is coming off of a 3-1 loss to Wofford and will host UNCG on Friday night before welcoming the Bucs. Krista Boesing, Lauren Deaton, Elise Watford, and Shayla Phillip will all be threats to the Bucs as they each recorded double-digit kills when they came to Johnson City. Taylor Anderton continues to lead the nation in assists.