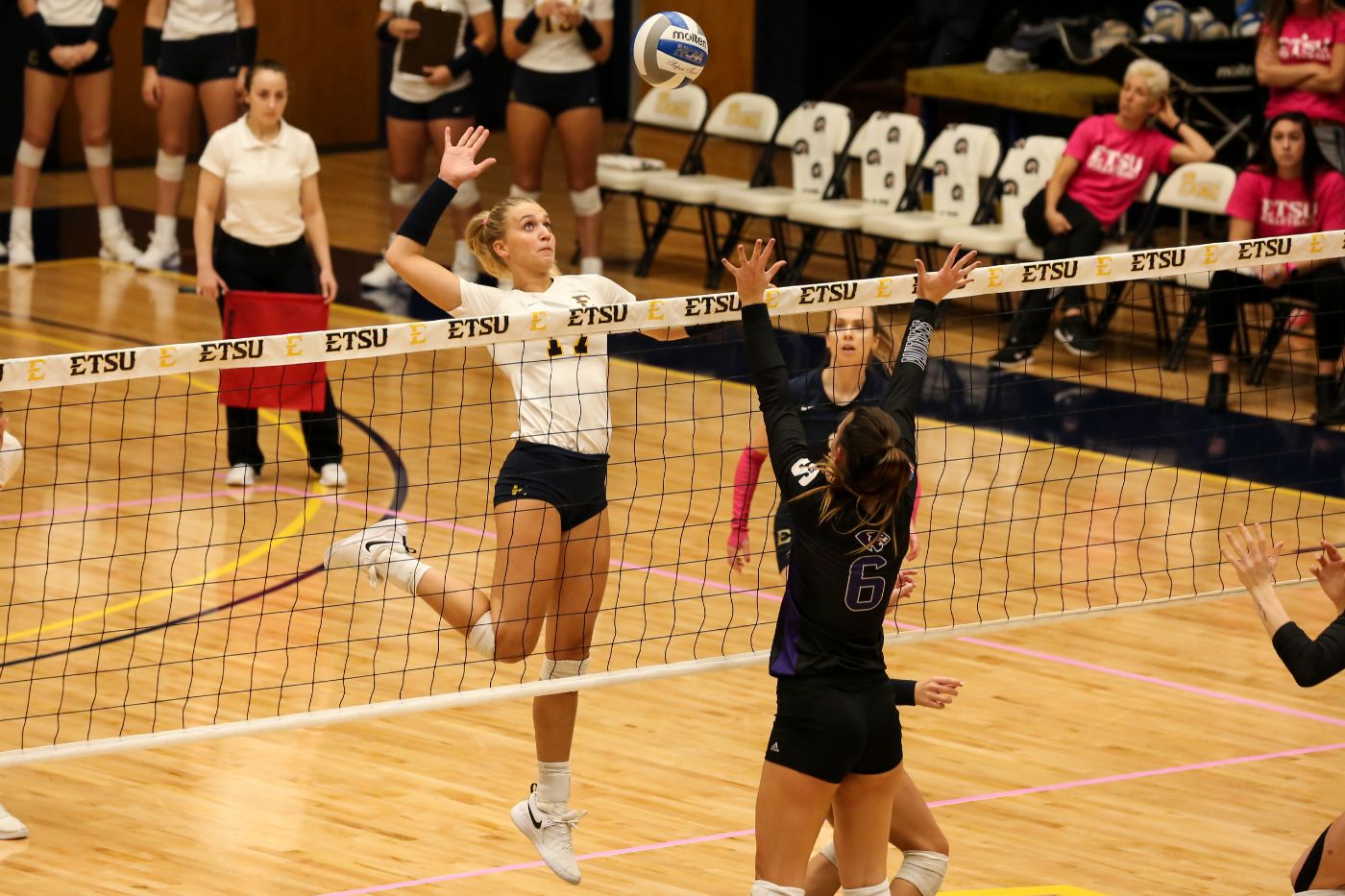 “Chattanooga really pushed us tonight,” said head coach Lindsey Devine. “They fought hard for every point. Tonight the connection with our middles, Braedyn and Mariah with Kvarta was the tipping point for this win. I like seeing the total team blocks and the dig count for both Popche (Marija Popovic) and Kaela.”

Set 1: ETSU dominated the first set after Massey’s 9-0 serve run gave the Bucs a 16-7 lead. Back-to-back kills by both Kvarta and Clayton forced the Mocs to call timeout, but ETSU continued to cruise past Chattanooga to win the set 25-15. Four of ETSU’s 16 blocks of the match occurred in set one along with ten of Massey’s 24 digs.

Set 2: Clayton, Tutton, and Lux fired kills to give the Bucs a 7-4 lead, but the Mocs would take their first lead of the match after going on a 6-0 run. Chattanooga would try to hold their lead, but AJ Lux (Shelbyville, Ind.) helped ETSU pull within one and McPartland would tie the set at 20 with her kill. A daunting back and forth battle would occur for both teams, as set point would transpire ten times before Chattanooga was able to end the set with a kill to take set two 32-30.

Set 3: Tutton led the Bucs in set three after registering four kills and four blocks. Clayton sparked an 8-0 lead to begin the set, but the Mocs would crawl back to tie the set at eight. Kvarta helped ETSU take a 13-9 lead after her 5-0 serve run. McPartland, Tutton, and Massey continued to be a force to be reckon with at the net and the Bucs would conclude set three with seven blocks. After attacking errors by both teams, Massey would secure set three 25-21 with a kill.

Set 4: The beginning of set four was close, as there were seven ties before the Bucs took a four-point lead at 20-16. A block by Massey and Tutton gave the Bucs a two-point lead followed by kills by Massey, Clayton, and Tutton. Chattanooga was able to pull within two, but McPartland and Kvarta’s block put the Bucs one point closer to winning the match. Massey’s kill gave the Bucs match point and McPartland clinched the win 25-22 with her kill.