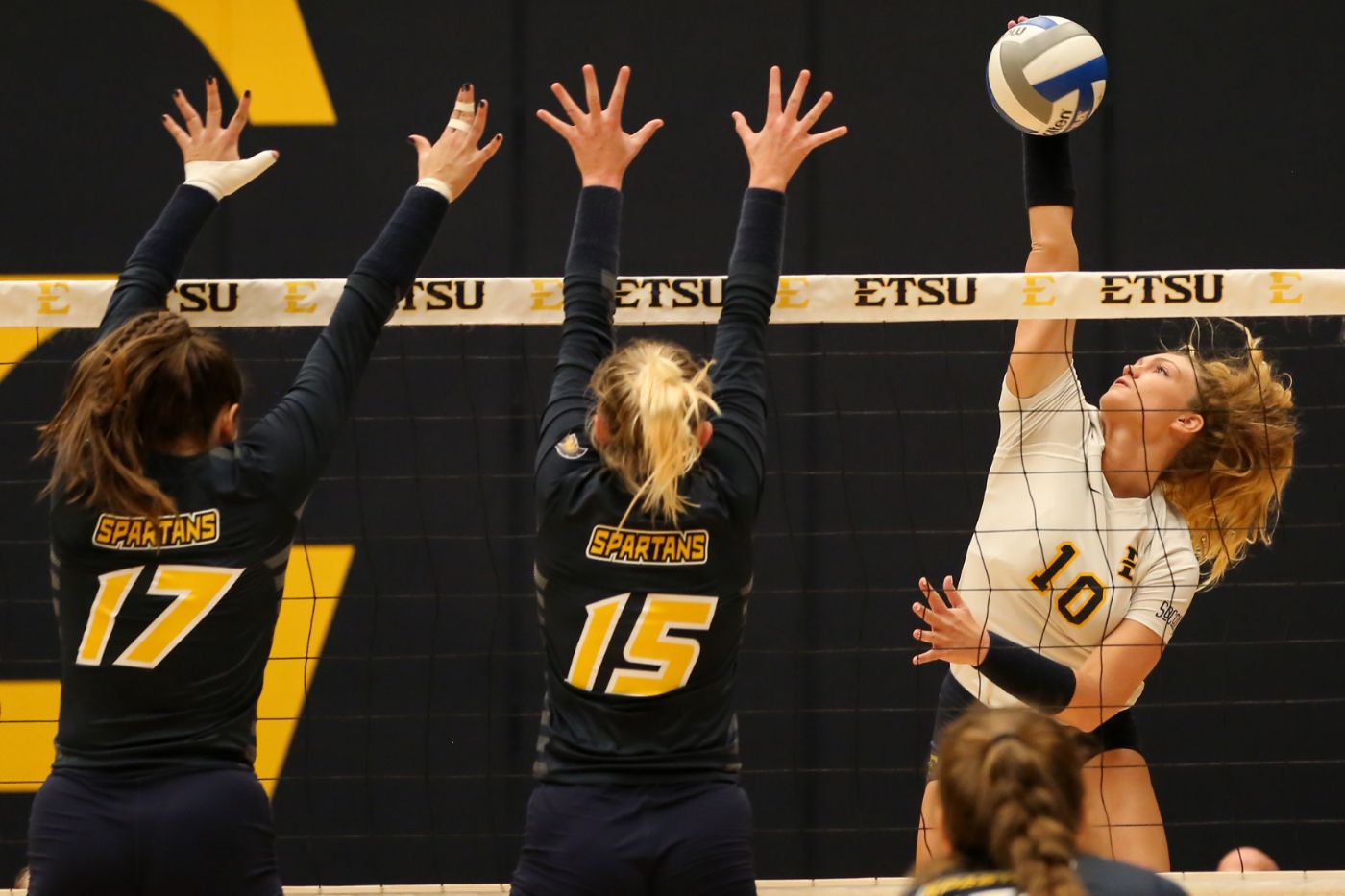 The Bucs recorded their 13th sweep of the season

“There are many things that our team did well tonight,” said head coach Lindsey Devine. “The carryover from practice was very evident with our block, and our service reception. AJ and Leah have been working really hard on focusing on two to three key elements for their attacks. They should feel really proud of themselves because tonight their hard work paid off. I liked the touches on defense that Hailey got tonight. She was patient and read the play. Players who came off the bench tonight brought energy to the floor. All year I have been able to put Sara Esposito into matches and as soon as she enters, she always earns us points.”

Set 1: Mariah McPartland helped the Bucs pull ahead early on in the match with her 5-1 service run. Lux and Clayton were dominant with their kills, as was Tutton with her blocks. Leah Clayton gave the Bucs their largest lead of the set with a 7-1 run of her own. The Bucs would take a 17-9 lead and held the Spartans to just 14 points in the first set. Lux and Clayton each had five kills in the first set. Kvarta had already recorded double-digit assists with 15 and the Bucs tallied three blocks.

Set 2: The beginning of the set was close until the Bucs broke out to a 16-8 lead after a 10-2 run. Popovic, Kvarta, and Aguilar sparked the service runs for the Bucs. McPartland finished the set with a team-high of four kills and Lux had three. Another double-digit assists performance by Kvarta in the second set helped the Bucs take their lead. McPartland’s kill would give ETSU sent point and a UNCG service error would clinch set two 25-17.

Set 3: There were 11 ties and five lead changes throughout the closest set of them all. Tutton and Clayton went back and forth to help ETSU take an 11-7 lead with their kills. The Spartans would come back and eventually tie the set multiple times before the set would be decided. Back-to-back errors by the Spartans would give the Bucs the 25-22 set win. Clayton finished set three with six kills and Lux finished with five. ETSU had another three block performance to conclude the set.

Up Next: ETSU concludes the travel portion of their regular season when they take on Furman on Friday, Nov. 2 at 7:00 p.m. and Wofford on Saturday, Nov. 3 at 4:00 p.m.