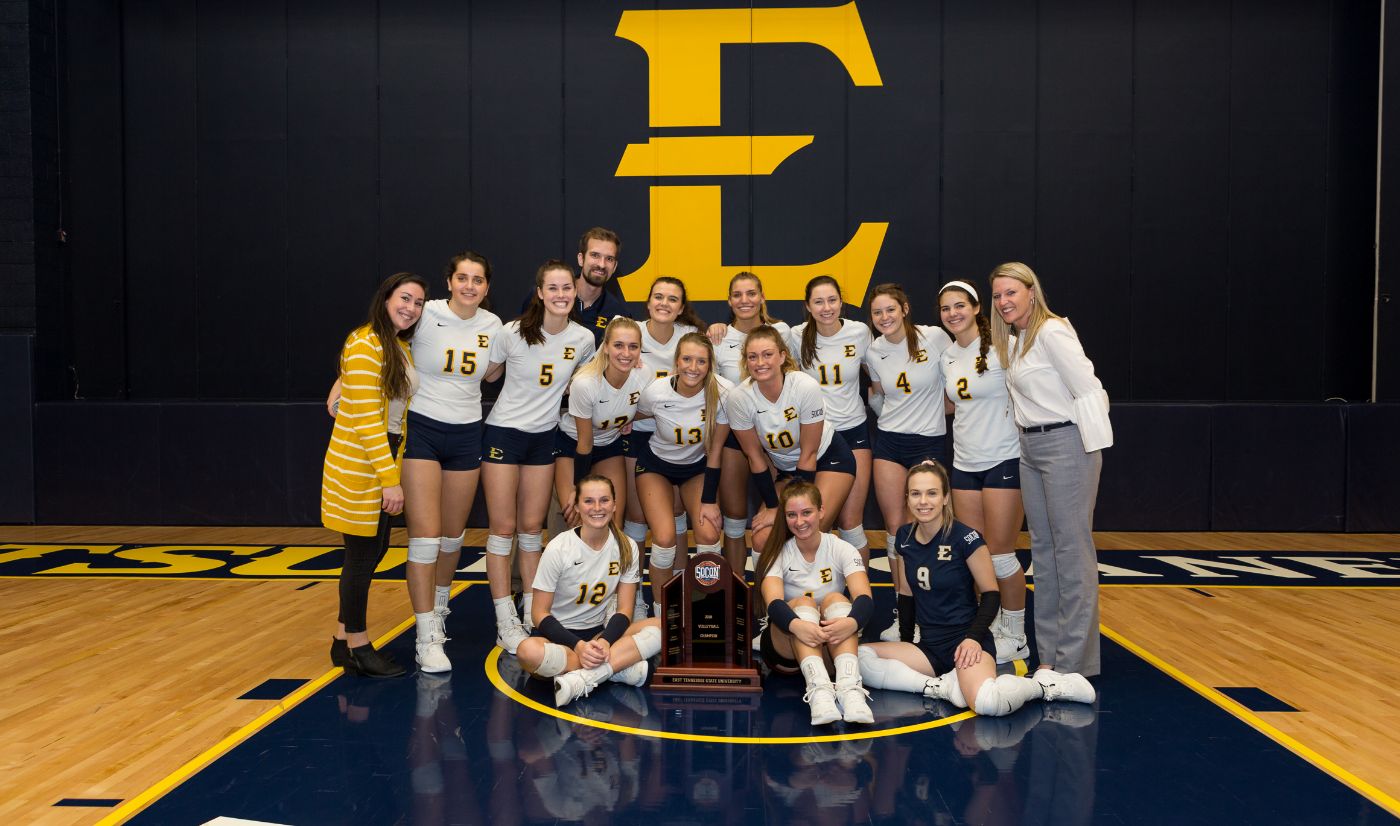 “This is a big weekend for us,” shared head coach Lindsey Devine. “There are a lot of emotions. I am very proud that after today’s match we came out with a victory. I was really impressed on how aggressive we were on the service line. Hailey Aguilar demonstrated her strength in the back court. Any time a player reaches a milestone, it is very special. I congratulate AJ Lux on reaching her 1,000th kill.”

Set 1: Kaela Massey’s 8-0 serve run helped the Bucs take an early 12-4 lead. ETSU held a seven-point lead after Lux slammed a kill to sit the score at 17-10. The Bucs reached set point after a Clayton kill, but the Bulldogs would rally off four straight points to stop the Bucs from securing set one. A service error by The Citadel would eventually clinch the set for the Bucs 25-21. Clayton led the Bucs with a .417 hitting percentage and registered five kills.

Set 2: The duo of Kvarta and Aguilar gave ETSU a 7-2 lead after their 6-1 service run. A total team effort put the Bucs ahead 20-12 with Lux recording her 1,000th kill on set point. Massey would finish the set 25-16 with her seventh kill of the match. Lux tallied five kills, while Clayton and Tutton each had three.

Set 3: Mariah McPartland (Boone, Iowa) was hard to stop, as she recorded six kills, finishing with a .625 hitting percentage in the third set. Massey’s 6-0 serve run gave ETSU an 8-6 lead. Popovic then put the Bucs ahead 14-8 after her 4-0 serve run. McPartland, Clayton and Lux continued to fire their kills. Popovic’s ace set ETSU up for match point and freshman Adison Minor (Blountville, Tenn.) registered her first collegiate kill to secure the 25-17 win for the Bucs.

Up Next: ETSU hosts Mercer tomorrow at 2:00 p.m. for the regular season finale. The Bucs will also honor their five seniors.