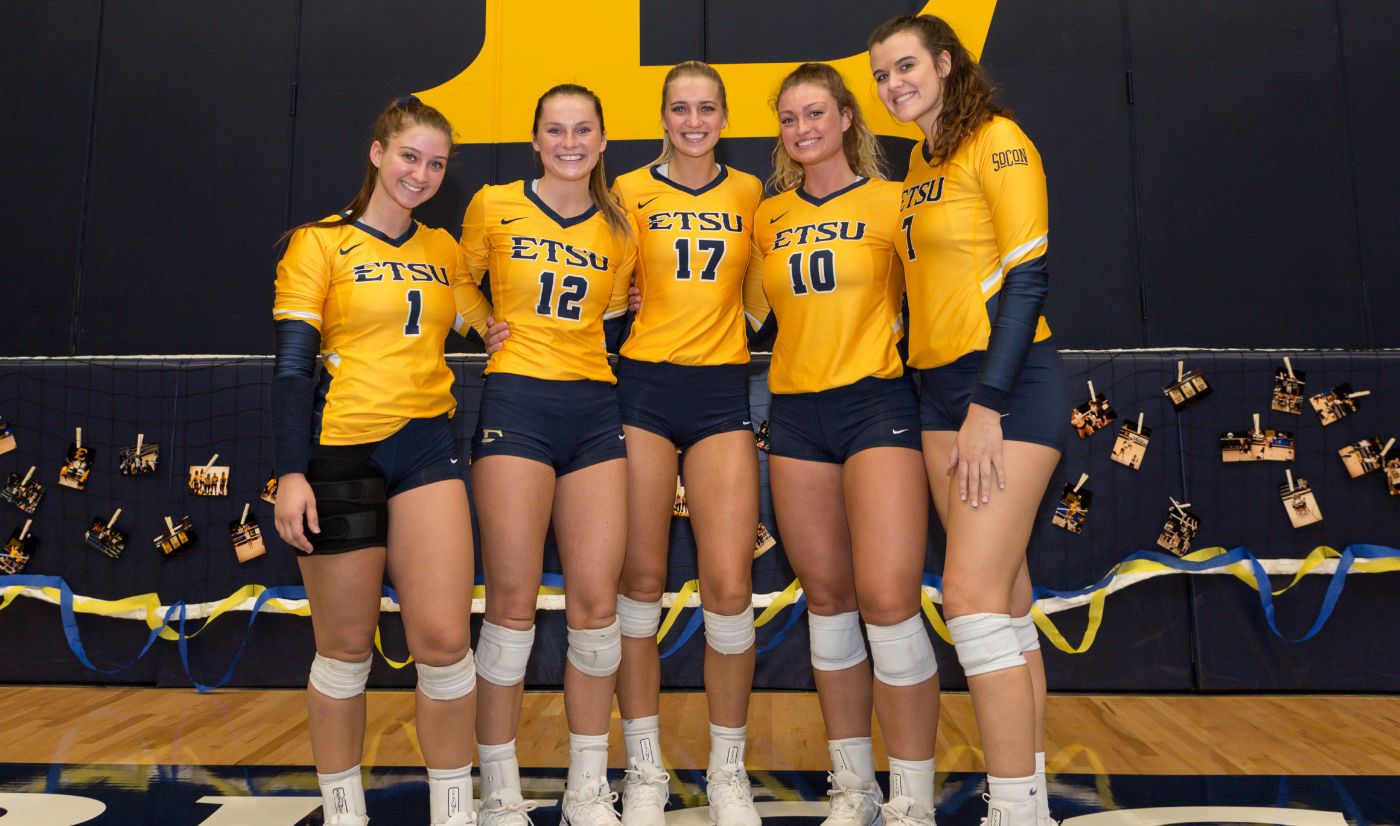 “I am really happy that we were able to get a win on senior day,” said Lindsey Devine. “All year we have had phenomenal crowds and today the love continued. Following the win, the locker room talk was all about preparing for the conference tournament. This is a very special group that is mission-driven. But we will take the time to enjoy this weekend with our families and friends who have supported throughout the season. We are back to work on Monday to continue with our #WhyNot season!”

Set 1: Hailey Aguilar’s 5-0 serve run helped the Bucs jump out to a five-point lead at 15-10. Mercer was able to pull within two, but ETSU held a three-point lead throughout the remainder of the set. Clayton came up big for the Bucs after slamming a kill to get set point and her solo block would clinch the set 25-22. She finished with six kills, while seniors Lux and McPartland each had three.

Set 2: Aguilar, Popovic, and Kvarta were all key servers in set two. Popovic’s 6-0 serve run put the Bucs ahead 12-9. Lux was dominant on the attack line finishing with five kills to record a .500 hitting percentage. The blocking duo of McPartland and Kaela Massey (Brentwood, Tenn.) gave the Bucs a 2-0 lead the match after securing set two 25-18.

Set 3: The Bucs once again grabbed a 15-10 lead and continued to build. Tutton had a terrific third set finishing with seven kills and helped the Bucs reach match point. Senior setter Kvarta would fire a kill over the net, as the Bucs would win 25-16 in set three. Kvarta also had 12 assists in the third set.

Up Next: ETSU has earned the No. 1 seed in the SoCon Tournament which will be played next weekend Nov. 16-18 on the campus on UNCG. ETSU’s opponent will be determined once the bracket is released tonight following the conclusion of regular season action.