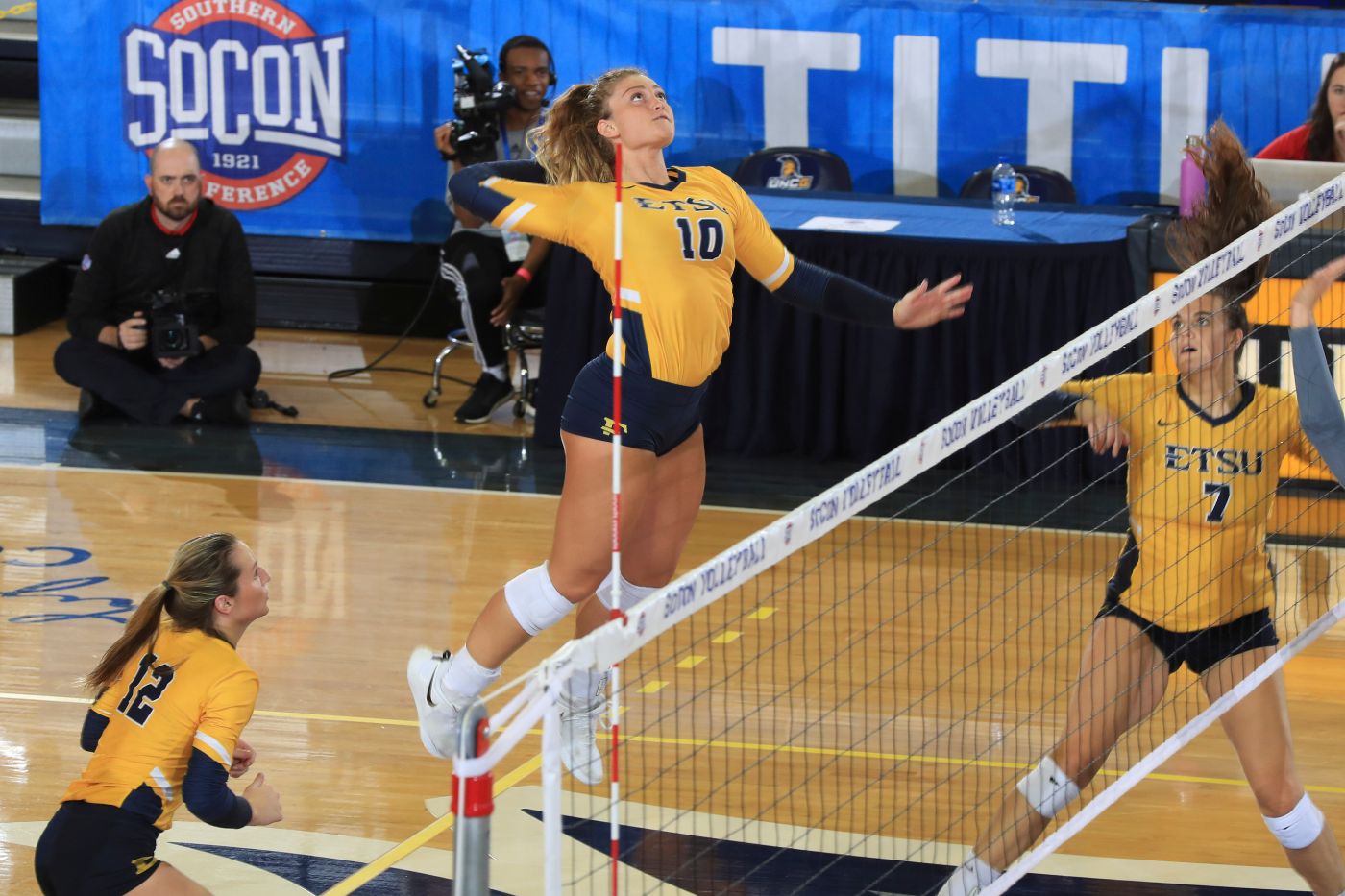 ETSU set to take on Mercer in semifinals

Set 1: Leah Clayton and AJ Lux paced the Bucs with six kills each. There were ten ties and four lead changes before the Bucs were able to pull away to take a 23-18 lead after a 5-0 run. Lux gave the Bucs set point before she combined with McPartland to secure set one 25-19. Alyssa Kvarta had 11 assists and Marija Popovic had 11 digs. ETSU as a team had three blocks and held The Citadel to a .086 hitting percentage.

Set 2: Popovic put the Bucs ahead 4-0 after her service run. The Citadel was able to get within one, but Kvarta was dominant on the service line, helping ETSU to 7-1 run to take an 11-4 lead. Senior AJ Lux was unstoppable throughout the second set recording three kills in a row to put the Bucs ahead 21-9. ETSU had back-to-back blocks to clinch the second set 25-12. After two sets, Lux led the Bucs with 13 kills, no errors and a .565 hitting percentage. Kvarta added 10 assists to her campaign, while McPartland had five block assists.

Set 3: The Citadel went ahead 4-0 before Mariah McPartland reeled off five straight serves, including two aces to give the Bucs a 7-6 edge. Kvarta once again came through on the service line to put the Bucs up 15-12 with another 5-0 run. The Citadel would come back to tie the set at 18, but Clayton was able to give the Bucs three straight kills. Lux would set ETSU up for match point after her kill and then eventually finish it with her 18th kill of the match, 25-22.