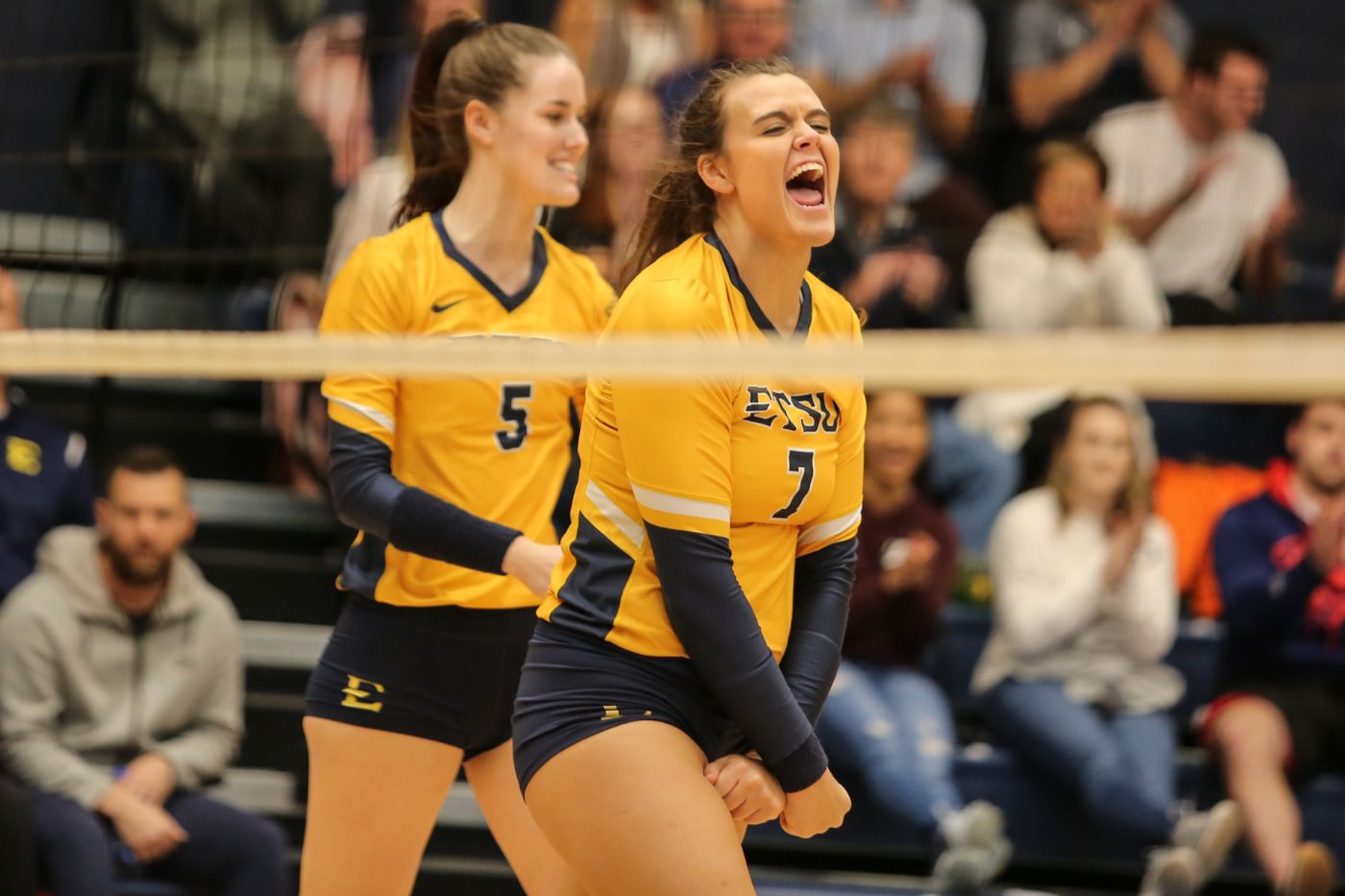 GREENSBORO, N.C. (Nov. 17, 2018) – The Bucs (28-5) advance to their second straight championship match after defeating No. 4 Mercer (16-13) on Saturday afternoon inside Fleming Gymnasium. This will be ETSU’s seventh championship final appearance, as the Bucs look to defend their 2017 title.

Set 1: A 4-0 run sparked the Bucs offense with kills from Tutton and Lux, as ETSU went ahead 9-6. Marija Popovic’s serve run helped the Bucs jump to a 14-8 lead before Alyssa Kvarta would serve five straight to hold Mercer to 14 points. Lux was on a roll in the first set after recording six kills and she would clinch set one 25-14.

Set 2: Massey helped the Bucs to a five-point lead early in the set with her service run, which included an ace. ETSU would eventually go ahead by seven, before Mercer cut their deficit to three at 17-14. The Bucs would hold their three-point lead and take a 4-0 run, leading them to set point. Lux would come through again to secure the 25-20 set win.

Set 3: It was a back and forth set with 19 ties and nine lead changes as both teams put up a fight. A true team effort occurred in the third set with kills coming from Lux, Tutton, McPartland, Clayton, and Massey. Clayton helped the Bucs reach match point and Tutton would put down the winning kill, as the Bucs would pull away with the 26-24 win.