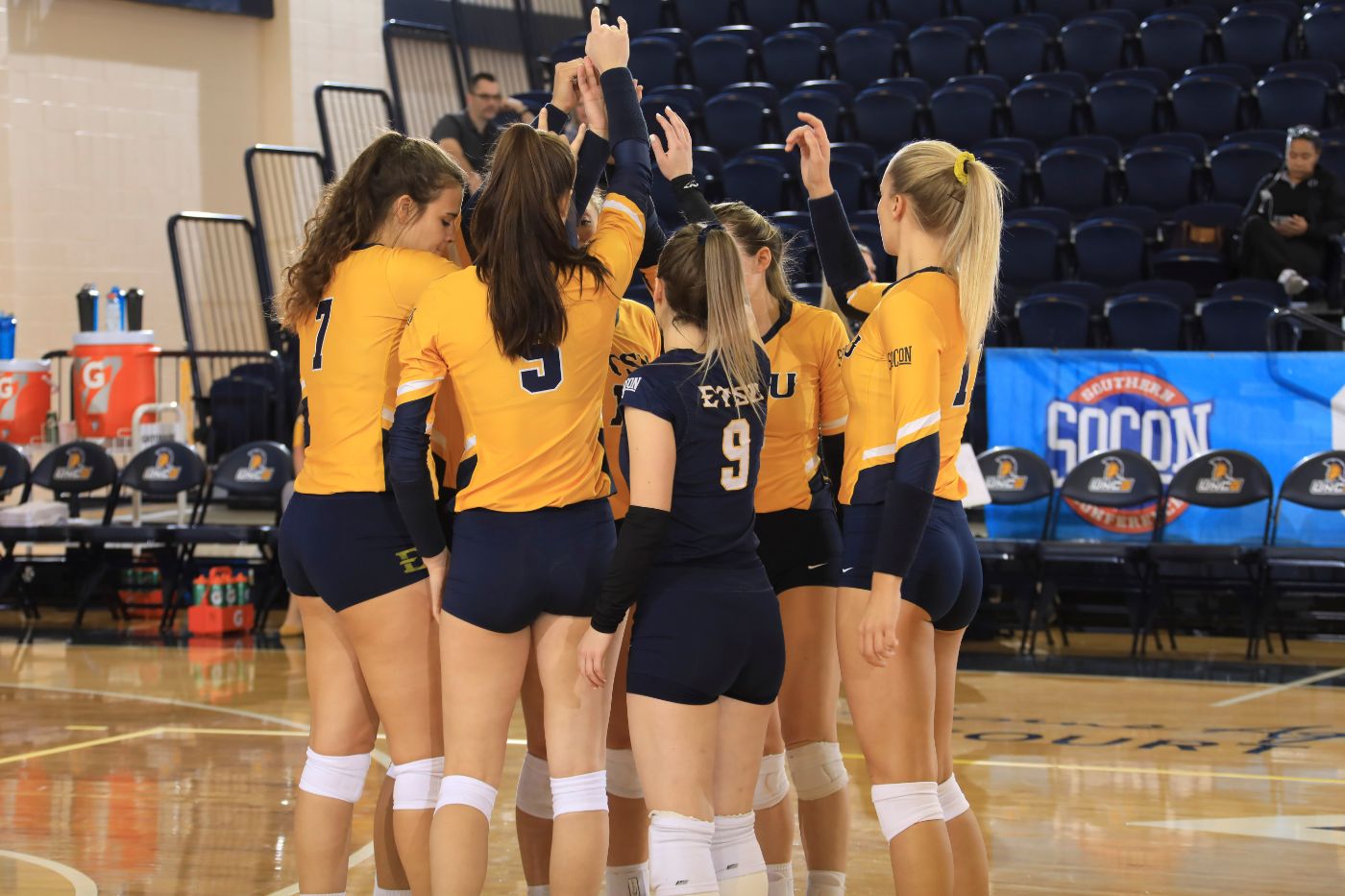 Set 1: The quest for a SoCon title would definitely be a battle with 11 ties and six lead changes to begin the match. After falling behind 9-6, ETSU would fight back to grab a 12-14 lead. Samford was able to go on a 4-0 run to take a 20-17 lead. ETSU never gave up and tied the set at 24 to stop Samford from set point. An attack error by the Bulldogs and a Clayton kill put ETSU ahead 26-25, but Samford got three points in a row to take the first set 28-26.

Set 2: Alyssa Kvarta gave the Bucs a hot 5-2 start on the service line. Kills came from McPartland, Massey, and Clayton. A 5-0 run by the Bucs gave them an 18-12 lead. Lux was dominant throughout the entire set, giving ETSU back-to-back kills to reach set point. Kvarta’s service ace would clinch the 25-20 set win for the Bucs.

Set 3: It was another close set between the Bucs and Bulldogs with the match tied 1-1. Both teams went back and forth throughout the entire set until Samford put together a 4-0 run, as they reached set point. A block by Braedyn Tutton (Courtice, Ontario) and Sara Esposito (Pianiga, Venezia) and a kill by Clayton stopped the Bulldogs from back-to-back set points, but Samford’s Krista Boesing finalized the set, 25-21 with a kill.

Set 4: There were 12 ties and seven lead changes in the final set of the match. Samford jumped out to a 10-6 lead before Kvarta’s 6-0 serve run put ETSU out in front 13-12. ETSU was able to hold a three-point lead, until Samford went ahead 21-20 with four straight points. The rest of the set would go back and forth. Lux stopped the Bulldogs from set point with her kill, but back-to-back points by the Bulldogs would secure the 2018 SoCon title with a 26-24 set win.