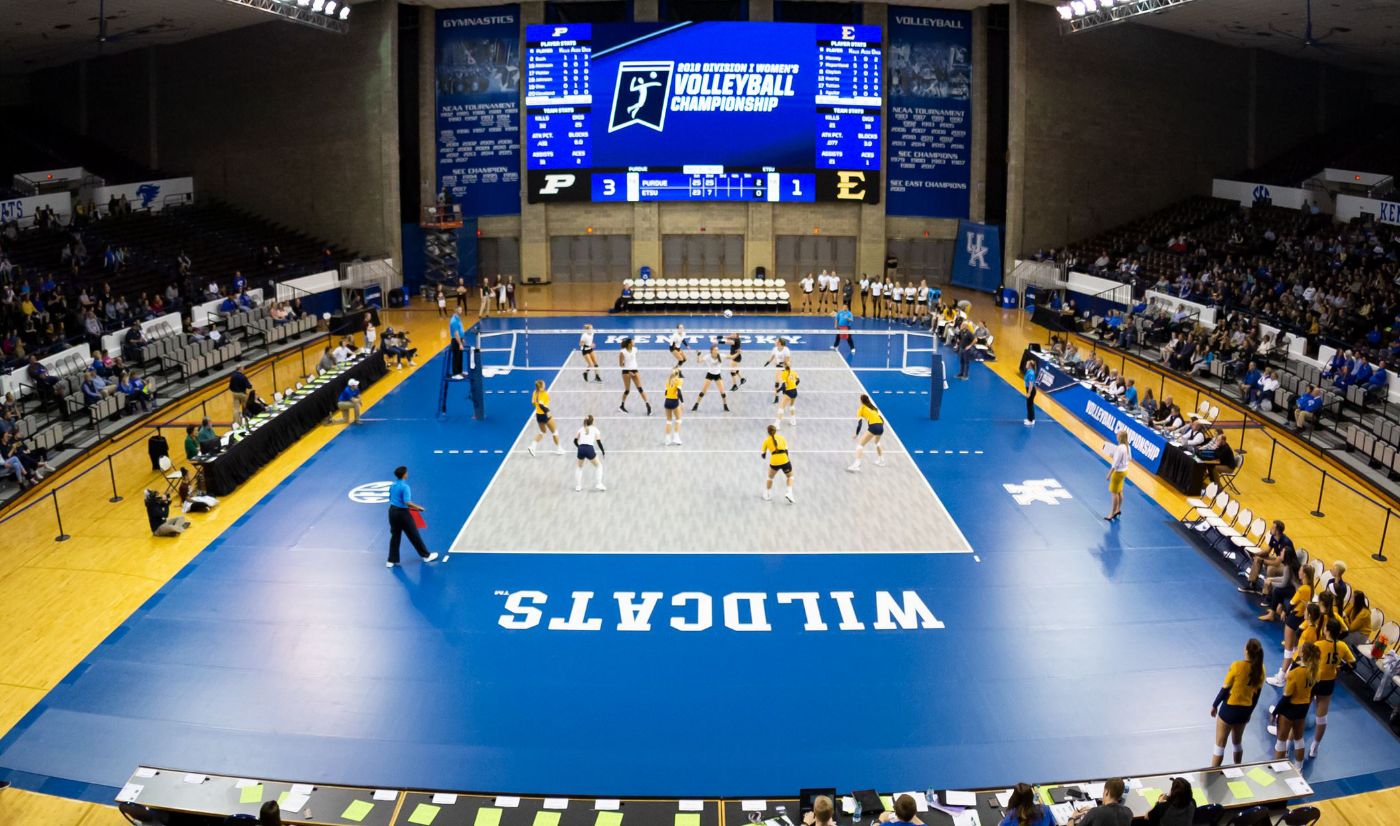 LEXINGTON, Ky. (Nov. 30, 2018) – After a tremendous and historical season, the ETSU Buccaneers (28-7) fell to the Purdue Boilermakers (24-8) on Friday night inside Memorial Coliseum in Lexington, Ky.

“We had a fantastic season and one game does not define all the hard work that this group has put in,” said head coach Lindsey Devine. “These seniors, they have to be proud of all the things that they have accomplished over the four years. So I’m sitting beside two amazing seniors and we were pretty much a senior squad this year and they did everything that I asked of them all year, so as their coach I’m super proud.”

Set 1: The beginning of the set was back and forth, but a 3-0 run helped ETSU take their first lead, 5-4. Purdue was able to tie it, but Popovic’s 4-0 serve run put the Bucs ahead 11-8. During this stretch, ETSU had three blocks in a row, the first by McPartland and Lux and the following two by McPartland and Kvarta. The Boilermakers rallied back to take a five-point lead, but the Bucs were relentless scoring five straight to tie it at 20. The remainder of the set would be a test for both teams. Purdue reached set point with a kill, but McPartland gave the Bucs one last kill before the Boilermakers would clinch set one, 25-23.

Set 3: The Boilermakers were able to jump off to a 9-2 start. ETSU would rally back with a 3-0 run to come within three, 10-7. ETSU held a two-point deficit until Purdue went on a 4-0 run taking a 17-11 lead. The Bucs never stopped fighting, but the Boilermakers had three points in a row to secure the set, 25-18.

On what the season has meant to the team …
“I think it shows, this year, that our grit was 100 times more than last year. We had a great team last year, but this year just felt like something completely different. Everyone was all in. Everyone wanted to get extra reps and come in early. We never had a day off and sometimes it’s hard not having a day off, but we’re really grateful for it because we wouldn’t have been in this position if we had a day off. Being pushed to that higher standard has pushed us to this level. I know a lot of us are grateful to be back in this position because that was our ultimate goal last year, was to come back to the NCAA.”

On what her time at ETSU has meant …
“East Tennessee State has been the world to me. It’s changed me, who I am. I came in as a girl and I’m leaving as a woman. Lindsey Devine and the whole coaching staff, the whole East Tennessee athletics program take academics so seriously and they instill that in us, in our every day lives. They hold us to a higher standard than I think a lot of players and people experience in their college career, so I’m forever grateful for them.”

On what the season has meant to the team …
“Our mantra is ‘why not’. When we went into those preseason tournaments, we went all out, we played ‘why not’. We tried to follow the game plan that the coaches gave to us. We worked all out, all the time. Practices, we never had a day off, we’re always in the weight room, every morning. Every afternoon, we’re giving our all in the gym. I think that really showed throughout the season and our record. None of our wins were luck, but it was hard work.”