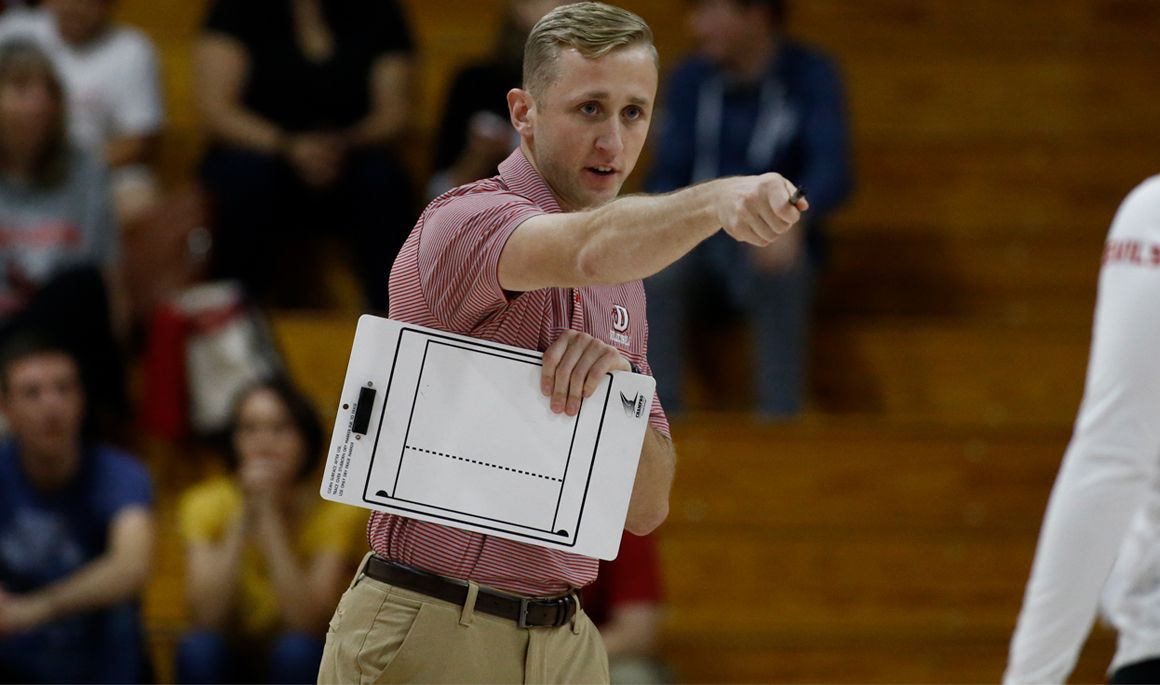 “We are excited to have Andrew join our program,” said Jenkins. “Andrew is a talented coach with experience, moral, and values that will benefit the ETSU volleyball program. This was an easy hire but more importantly, a great fit to the program.”

Pile comes to the Bucs after six years of coaching experience at the Division III level. He served as the assistant coach at Muhlenberg College from 2013-14 and the head coach at Dickinson College from 2015-18. Pile became the first full-time head coach in Dickinson’s program history in 2016.

“ETSU couldn’t have come in at a more perfect time in my life,” said Pile. “I am incredibly grateful to be joining this highly successful volleyball program and have the opportunity to work alongside a competitive and dedicated coaching staff.”

At Dickinson, Pile helped his athletes make their way into the record books with two players setting a single-season and career records in digs. Throughout his tenure, the Red Devils were represented in the Centennial Conference Academic Honor Roll and recognized by the American Volleyball Coaches Association as All-Academic Team.

At Muhlenberg, he helped the Mules to an overall record of 45-20 and 16-4 in the Centennial Conference during his two seasons. Pile helped guide six All-Conference selections and the 2013 conference 2013 Rookie of the Year.

Pile graduated from Limestone (S.C.) College in 2013 where he played four seasons as a setter and right-side hitter for the Saints’ men’s volleyball team. He currently is second in their program history with 2543 career assists and 521 career digs.

Pile served as team captain for the Saints all four years and helped them reach their first-ever conference championship match during his senior season (2013).

In addition to coaching, Pile will be pursuing a master’s degree in Sports Management at ETSU.