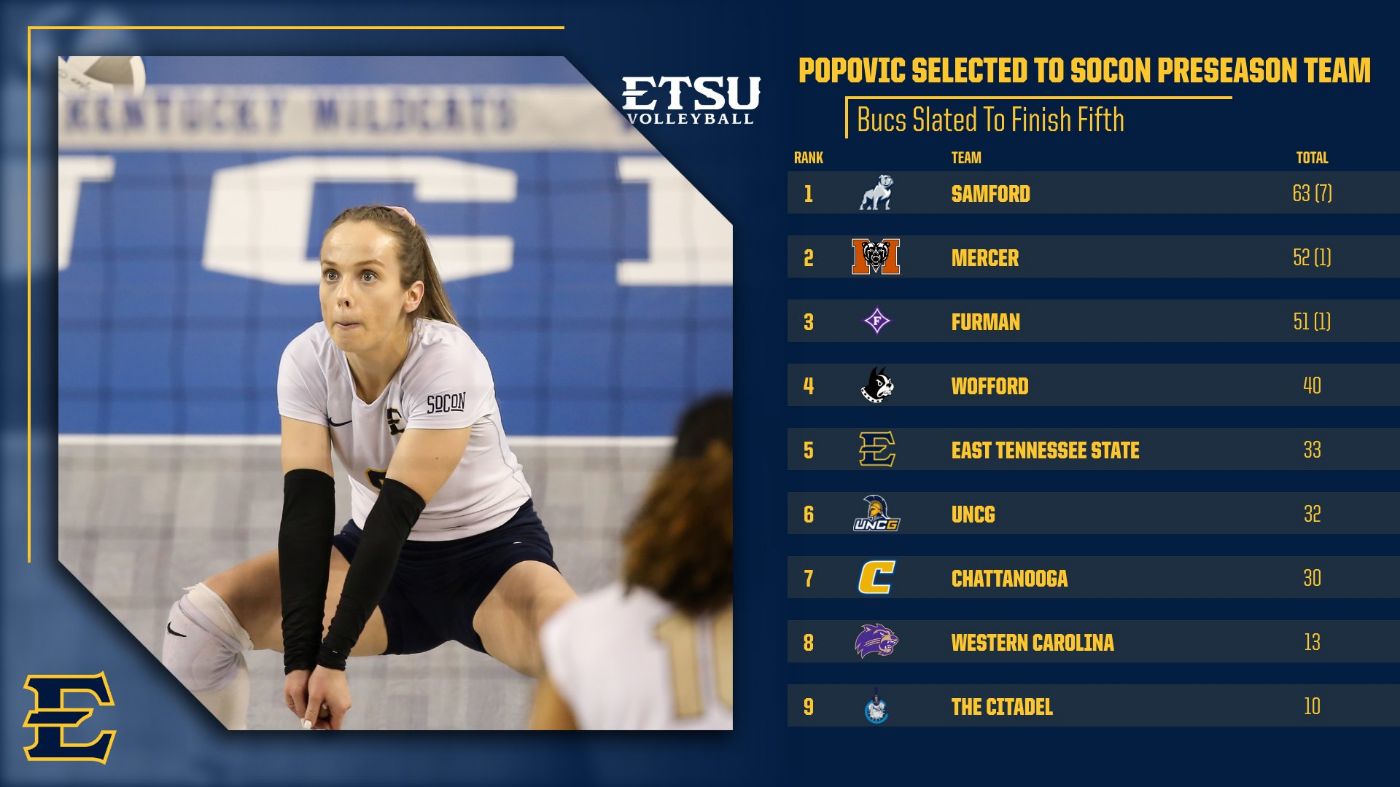 Samford, the reigning SoCon tournament champion earned seven first-place votes and was picked as the preseason favorite. Mercer and Furman rounded out the top-three with Wofford and ETSU completing the top five.

Popovic will be entering her third season with the Blue and Gold. Last season, she led the league with 648 digs and was a three-time defensive player of the week selection and two-time player of the month nominee. Her 648 digs put her second all-time in the program’s history for digs in a single season.

ETSU received 33 votes as a team. Last season they finished with the regular-season conference title after a 15-1 record in the SoCon and 28-7 overall.

The Bucs will face App State tomorrow, August 23, in an exhibition at 6:30 p.m. in Boone, N.C. They officially kick off their season at the Jacksonville State Invitational next weekend in Jacksonville, Ala. beginning August 30 at 1:30 p.m. EST.