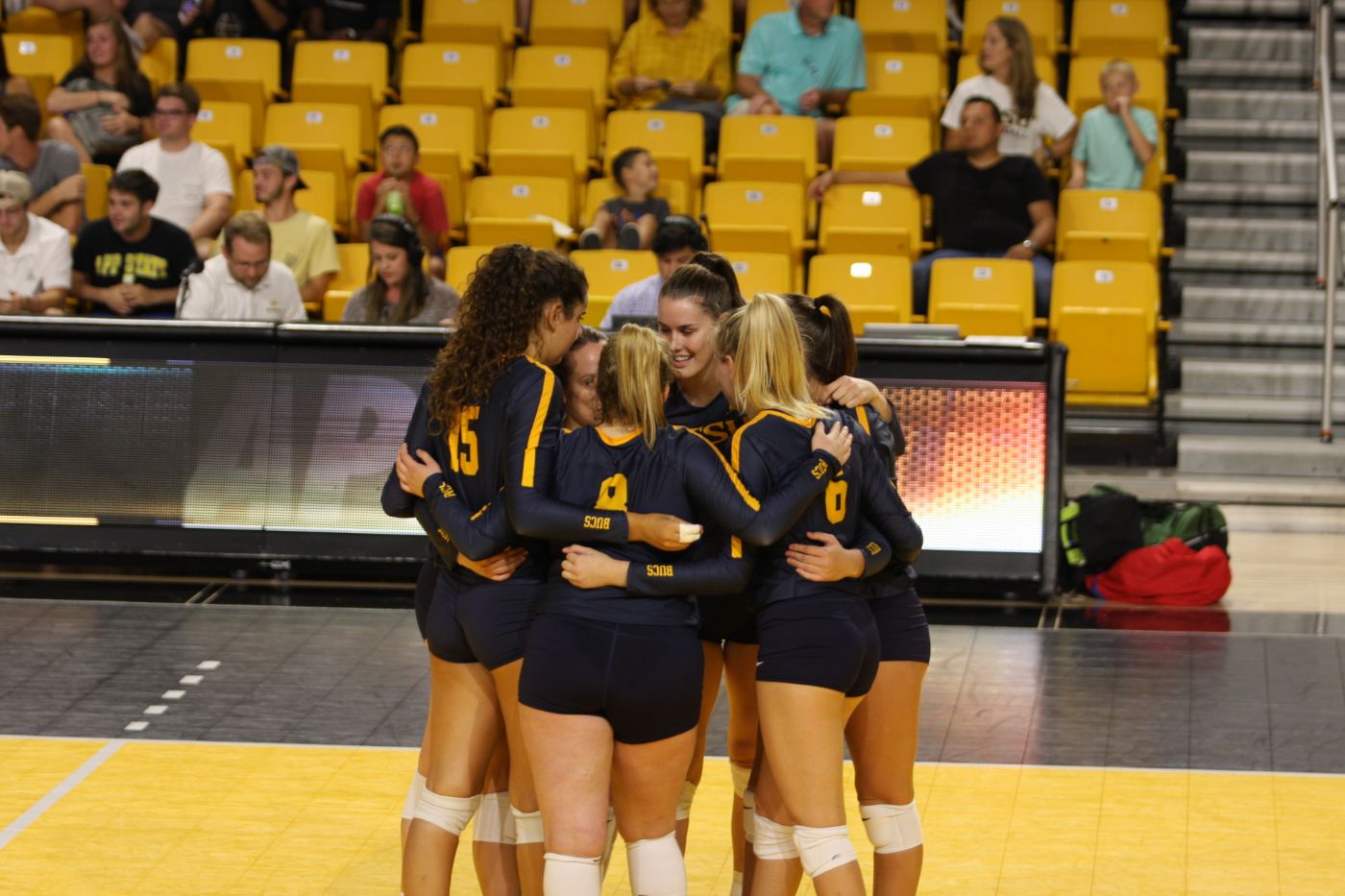 Cunningham leads the way for the Bucs with 16 kills

“I am pleased with how the players performed tonight. We have a lot to improve on and playing App State was good opener to learn and grow,” said Benavia Jenkins, head coach. “There were a lot of unforced errors in crucial moments of the match. We need to stay calm in pressured moments and learn to stay in the game no matter what the score is.”

The Blue and Gold led from the beginning of the set and didn’t look back taking the set 25-21. The Mountaineers tied the frame four times, but never took the lead. In the set, Abbie Trantham (Candler, N.C.) had a match-high six kills while Kaela Massey (Brentwood, Tenn.) led with three aces.

Set two was a more competitive set with ten ties and four lead changes, but the Bucs prevailed to take the set 25-22. ETSU was led in the game by Olivia Cunningham (Knoxville, Tenn.) who had a match-high, five kills in the set to bring her to ten for the match. The Bucs outhit App State .462 to .304 in the second frame.

After the five-minute break, the Mountaineers came out strong and led throughout the third set to take it 25-17. In the set, both Massey and Alyssa Hatley (Rogersville, Tenn.) had their first solo blocks of the match. At the end of the third, ETSU had five team blocks compared to App State’s two.

The fourth set was back and forth between the Bucs and the Mountaineers with nine ties and four lead changes, but App State prevailed to win the set 25-22. The frame was tied 20-20 before the Mountaineers closed it out with a 5-2 run.

In the fifth set, App State had the edge and took an early 11-6 lead. The Bucs went on a 7-3 run to bring the set to 14-13 with Cunningham leading the pack with three kills throughout the run. The Mountaineers called a timeout at 14-12 and won the set 15-13 to take the match.

“I only feel like we will get better throughout the season and I am happy to have coached my first match as a head coach for the Buccaneers,” said Jenkins.

The squad officially opens their 2019 campaign at the Jacksonville State Tournament next weekend in Jacksonville, Ala. The first game is set to begin at 1:30 p.m. EST on Friday, Aug. 30.