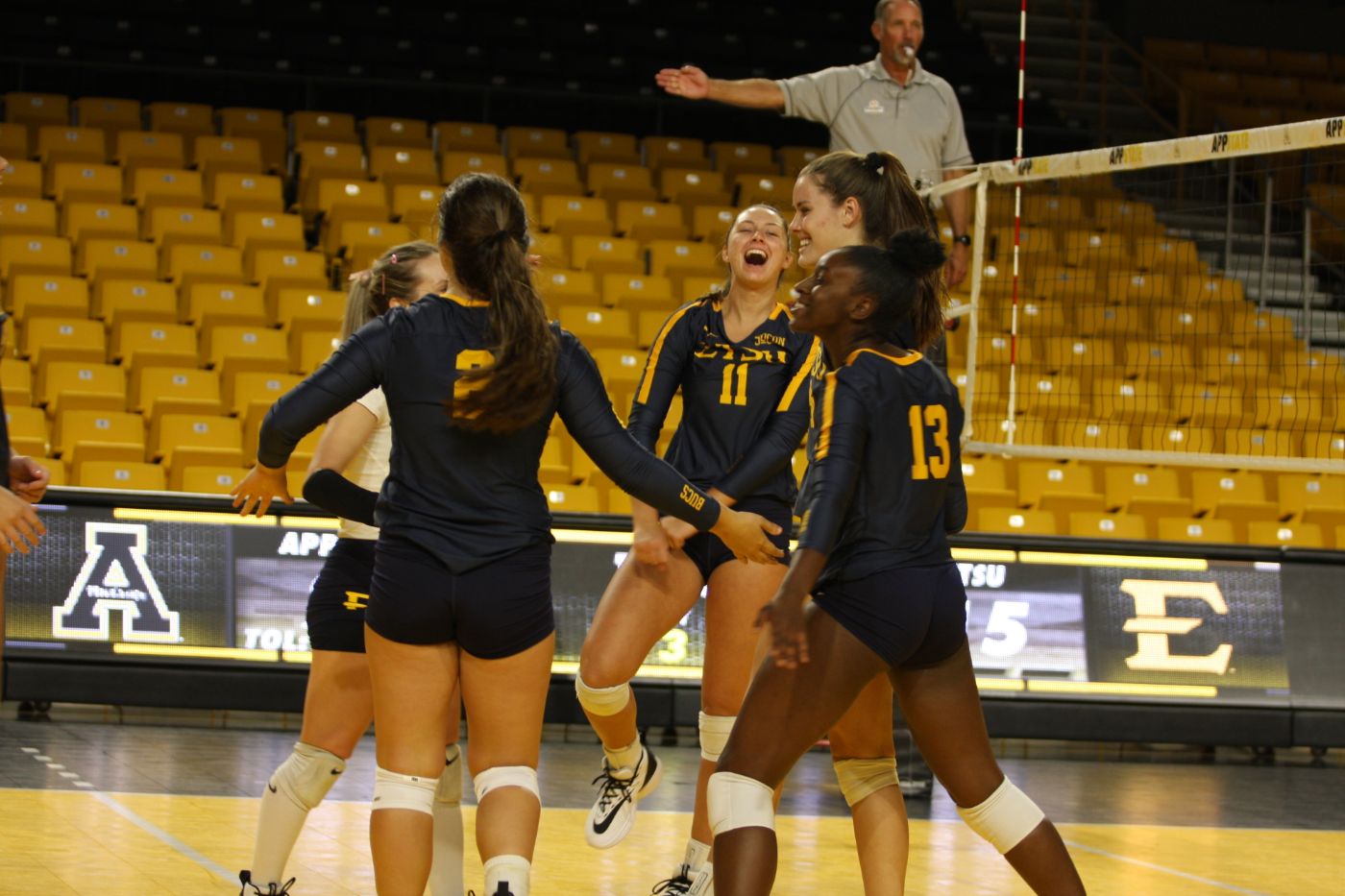 LAST TIME OUT: ETSU played an exhibition match last weekend to kick off the 2019 season. The team faced off against Appalachian State and fell 3-2 in the contest.

Freshman, Olivia Cunningham (Knoxville, Tenn.) led the Bucs offense with 16 kills, two solo blocks, a block assist and an ace. Both Kaela Massey (Brentwood, Tenn.) (11) and Abbie Trantham (14) also finished with double-digit kills. Massey added a match-high four aces to her line along with two solo blocks and a block assist. Marija Popovic (Belgrade, Serbia) controlled the backline with a team-high 18 digs in the exhibition.

ETSU vs. Jacksonville State: This will be the first meeting.

ETSU vs. SE Louisiana: This will be the first meeting.

ETSU vs. Texas A&M CC: This will be the fifth meeting all-time between the Bucs and the Trojans. Troy leads 3-1 all time; ETSU won the last matchup 3-0 in 2016.

A LOOK AT ETSU: The Bucs are coming off a regular-season conference championship and the first-ever NCAA at-large bid in SoCon’s history. After losing five starters, the Bucs are looking at a new starting lineup. Top returners feature the lone senior, Massey and reigning back-to-back SoCon Libero of the Year, Popovic. ETSU is returning six players overall and welcomes seven freshman to the squad. Last season, ETSU finished 28-7 overall and 15-1 in conference action. After falling in the 2018 Conference Championship game to Samford, the Bucs received an at-large bid to face Purdue in the NCAA Tournament. In addition to seven freshmen, the Blue and Gold welcome a new coaching staff featuring a new head coach in Benavia Jenkins and assistants Giovanny Delevry and Andrew Pile.

A LOOK AT JACKSONVILLE STATE: Jacksonville State finished 2018 18-14 overall and a 9-7 record in the OVC. The Gamecocks are returning 11 players including five starters and their libero. They are welcoming five newcomers to the squad as well. Jacksonville State is coming off a 3-1 victory over Kennesaw State in an exhibition last weekend.

A LOOK AT SOUTHEASTERN LOUISIANA: Last season, Southeast Louisiana finished 2-27 and 1-15 in conference play. Their two wins last season came against Southern University and Lamar University. The 2-27 season was their worst in program history.

A LOOK AT TROY: Troy is coming off an 11-19 season in 2018 and a 5-11 record in the Sun Belt. The Trojans recently faced Samford in an exhibition at home and finished tied 2-2 with the Bulldogs.