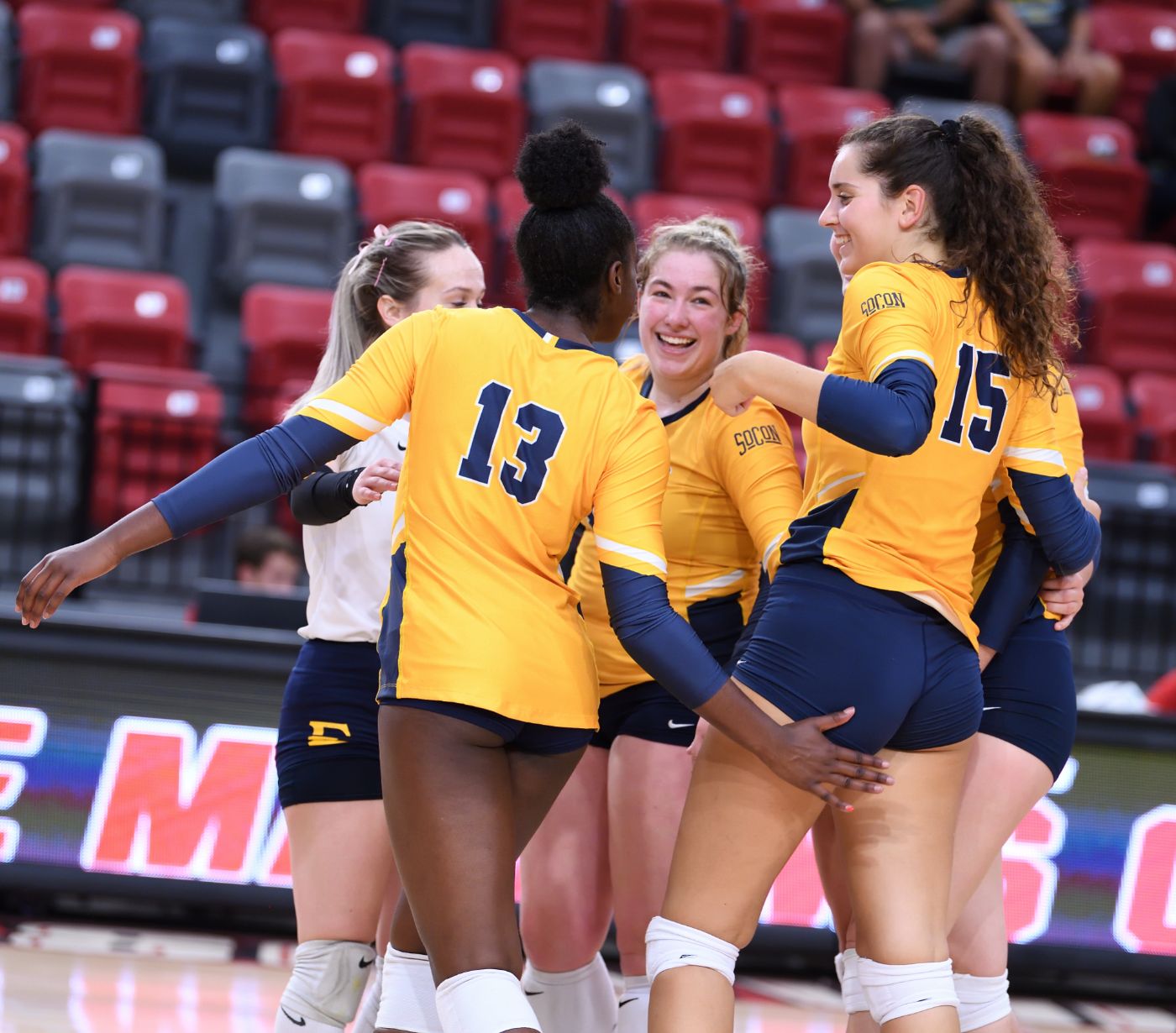 Jacksonville, Ala. (Aug. 30, 2019) – The ETSU volleyball team completed competition at the Jacksonville State Invitational with a 3-1 win over Troy University (23-25, 25-19, 25-9, 26-24). The Blue and Gold fell behind after the first set, but prevailed to take the next three and ultimately come behind in the fourth frame to win the match.

Set 1: The Bucs got off to a strong start with four straight points in the match. After nine errors through 34 attack attempts between the two teams, the frame was knotted up at 14 apiece. Just like they started the set, ETSU scored four straight points with Olivia Cunningham (Knoxville, Tenn.) behind the service line. The Trojans went on a 4-7 run towards the end of the set to bring the game to 23-23 before finishing out the set with an ace and a kill to take a 1-0 advantage in the match,

Set 2: The second frame started the same way as the first with ETSU getting off to a 4-0 lead. The Bucs and the Trojans traded points until it was a 14-14 game. The Blue and Gold jumped on a 11-5 run to close out the set.

Set 3: In the third frame, the Blue and Gold got off to the best start in a set this season going on a 10-2 run to begin the set. The Bucs never looked back as they closed out the set on a 9-0 run. The run featured four-straight kills from Cunningham to start the trend. In the set, Sara Esposito (Venezia, Italy) logged five kills and three block assists.

Set 4: The fourth frame was closer than the other three through the first 20 points. Troy took a 16-11 lead off of a 5-1 run before ETSU called a timeout. The Bucs went on a run of their own to cut the margin to two at 19-17. After Troy logged three kills in a row, the Blue and Gold called their final timeout with a 22-18 deficit. ETSU started to come from behind with two block assists from Lundyn Coffman (Nolensville, Tenn.) to cap off a 4-0 run and tie the set at 22. With a 25-24 lead, Abbie Trantham (Candler, N.C.) gave the Bucs the victory with a kill to close out the match.

“We were able to try different lineups and the team responded well,” said Benavia Jenkins, head coach. “It was great to see everyone get experience and fight through adversity.”