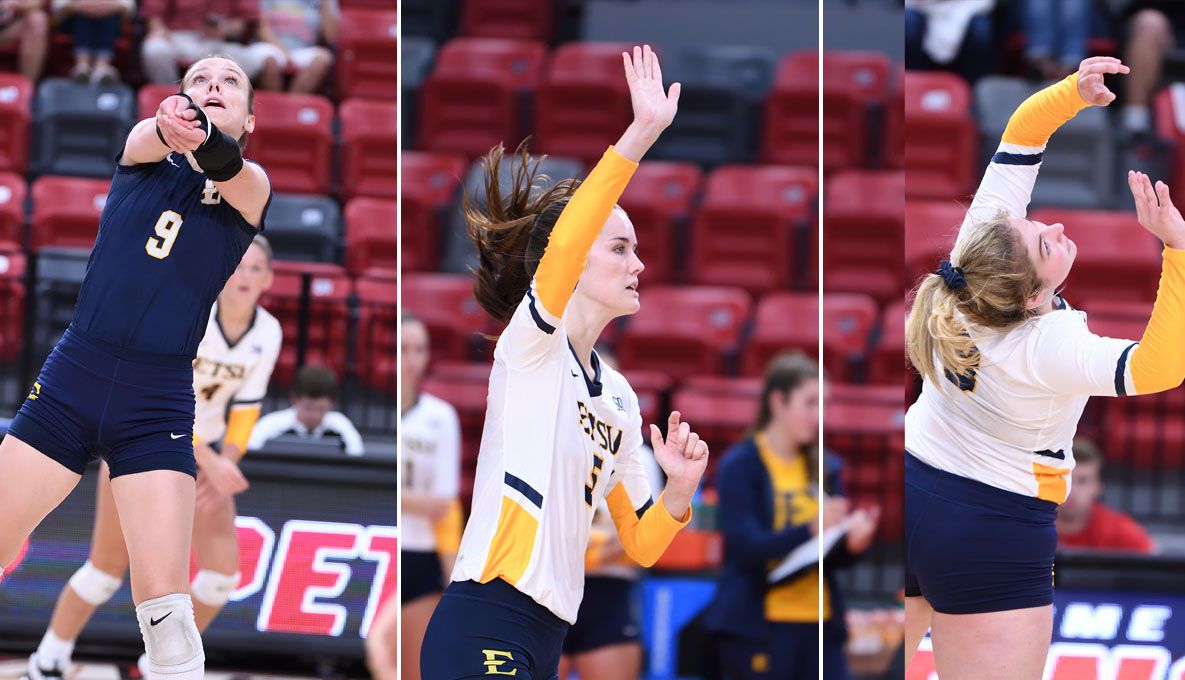 Jacksonville, Ala. (Sept. 1, 2019) After an impressive 3-0 record this weekend at the Jacksonville State Invitational, the ETSU volleyball team had three players named to the all-tournament team. Kaela Massey (Brentwood, Tenn.) was named the tournament’s Most Valuable Player, Emily Arnold (Louisville, Ky.) and Marija Popovic (Belgrade, Serbia) were also named to the All-Tournament Team.

Massey finished with a .387 hitting percentage (28-for-62) which was the best in the tournament in qualifying players. She finished tied for a team-high with five aces in the three matches and 20 blocks (five solo). The senior averaged 2.55 kills per set and 1.82 blocks per set.

Arnold, the only newcomer named to the all-tournament team, started as the setter for the Bucs in all three matches and ended with 109 assists. She finished with six kills on 11 attempts (.455). The freshman added 13 digs and two aces throughout the weekend.

Popovic continued to dominate on the back row for the Bucs logging 48 digs throughout the course of the weekend and only having three reception errors. The reigning SoCon Libero of the Year also contributed 12 assists and was tied with Massey for a team-high five aces.

The team defeated Jacksonville State 3-1, Southeastern Louisiana 3-0 and Troy 3-1 to cap of the fifth 3-0 start in program history. The team averaged a .297 hitting percentage and held opponents to .163 throughout the weekend.

This is the first time Massey and Popovic have been tabbed to an all-tournament team in their careers.

The Blue and Gold return to action next weekend at the Coastal Carolina Invitational. The Bucs will face SMU on Friday, Sept. 6 at noon.