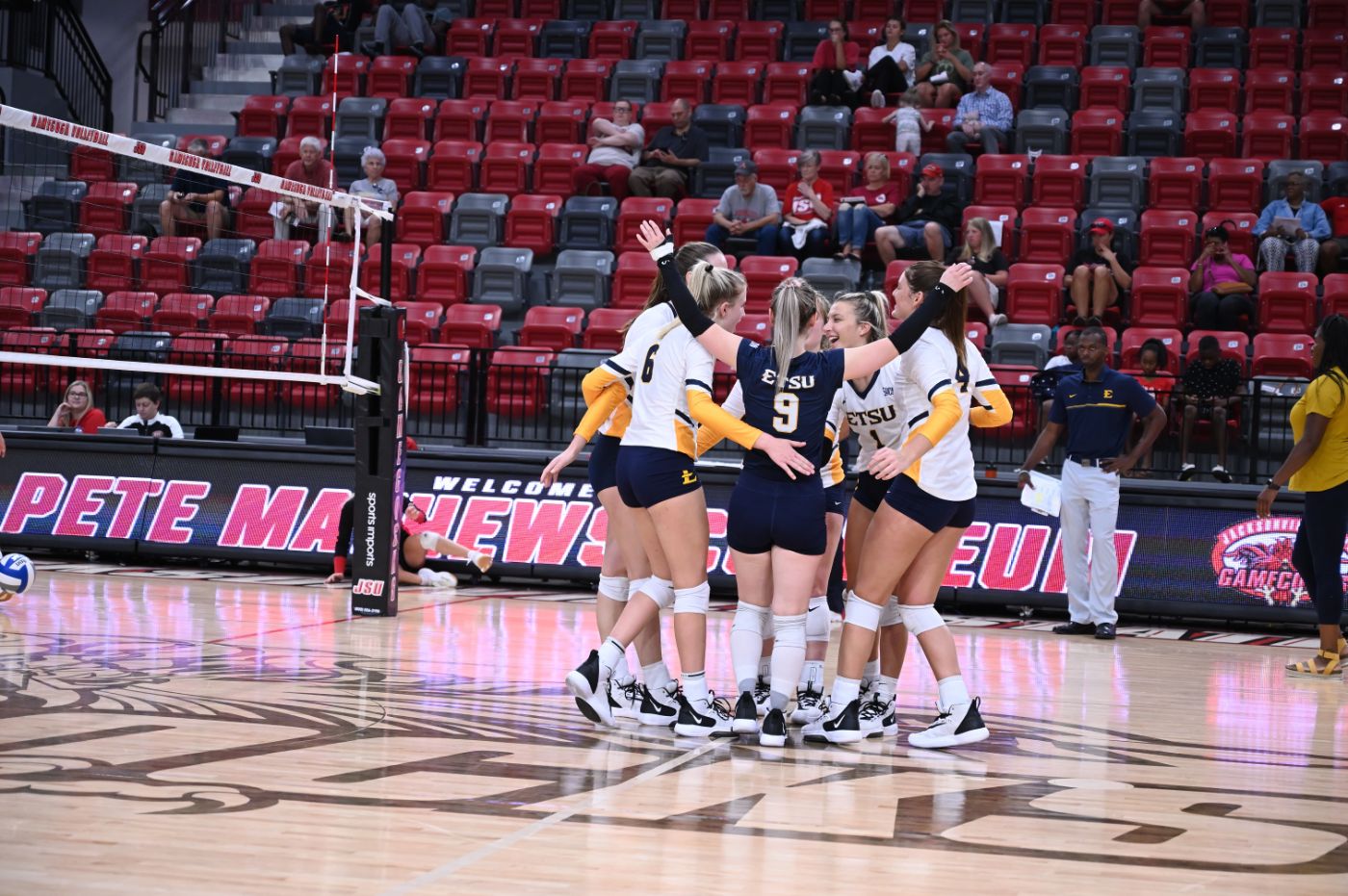 Greensboro, N.C. (Sept. 5, 2019) – After a 3-0 start to the season, the volleyball team is back in action this weekend at the Coastal Carolina Classic taking place in Greensboro, N.C.

The tournament was scheduled to be played on Coastal Carolina’s campus, but was moved due to Hurricane Dorian. Charleston Southern was not originally supposed to participate in the tournament, but SMU was unable to make it due to the hurricane.

LAST TIME OUT:  ETSU is off to the fifth 3-0 start in program history after logging wins against Jacksonville State (3-1), Southeastern Louisiana (3-0) and Troy (3-1). Kaela Massey (Brentwood, Tenn.), Marija Popovic (Belgrade, Serbia) and Emily Arnold (Louisville, Ky.) were all named to the all-tournament team. Massey, named MVP, logged a .387 hitting percentage over the weekend which is best in the SoCon. The Senior totaled 20 blocks and five aces. Sara Esposito (Venezia, Italy) had 16 kills and 10 blocks in the victory over Troy to give her the first double-double of ETSU’s season and the second of her career. Olivia Cunningham (Knoxville, Tenn.), Lundyn Coffman (Nolensville, Tenn.), Lauren Hatch (Homewood, Ill.), Sydney Cherney (Knoxville, Tenn.) and Arnold all had their college debut over the weekend.

A LOOK AT ETSU: The Bucs are coming off a regular-season conference championship and the first-ever NCAA at-large bid in SoCon’s history. After losing five starters, the Bucs are looking at a new starting lineup. Top returners feature the lone senior, Massey and reigning back-to-back SoCon Libero of the Year, Popovic. ETSU is returning six players overall and welcomes seven freshmen to the squad. Last season, ETSU finished 28-7 overall and 15-1 in conference action. After falling in the 2018 Conference Championship game to Samford, the Bucs received an at-large bid to face Purdue in the NCAA Tournament. In addition to seven freshmen, the Blue and Gold welcome a new coaching staff featuring a new head coach in Benavia Jenkins and assistants Giovanny Delevry and Andrew Pile.

A LOOK AT CHARLESTON SOUTHERN: Charleston Southern is returning four starters from their 13-12 season last year and is welcoming eight freshmen to their squad. The Buccaneers were picked eighth in the Big South Preseason Poll and are off to an 0-3 start this season. Senior Brooke Monssen holds a team-high .371 hitting percentage logging 26 kills on 62 attempts last weekend. As a team they hold a .227 attack clip.

A LOOK AT COASTAL CAROLINA: Coastal Carolina is the only other 3-0 team at the tournament this weekend. The Chanticleers are coming off of wins against Loyola Maryland, Furman and Virginia. Although they have yet to lose a set this season, five out of the nine frames have been decided by three points or less. Coastal Carolina leads the Big South in hitting percentage and blocks with a .313 percentage and 2.22 blocks per set.

A LOOK AT SC STATE: ETSU holds a 1-0 record against South Carolina State with the lone contest being held in 2010. SC State is off to an 0-2 start this season with losses to Alabama A&M and Jackson State. The Bulldogs are hitting -.047 this season and are averaging 5.67 kills per set.