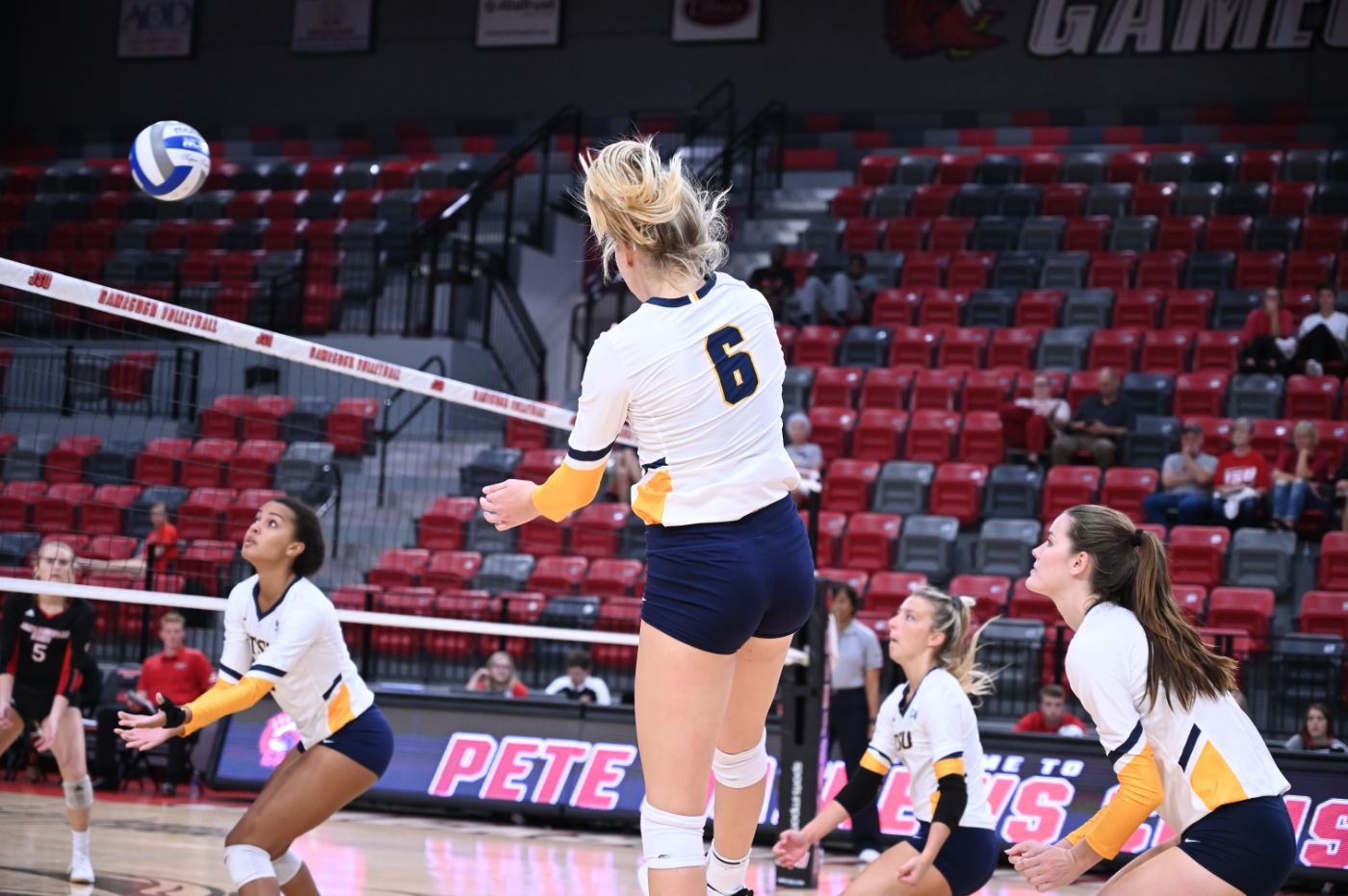 Set 1 (25-18 CCU): The first set had five ties and four lead changes, all at the beginning of the frame. The score was 7-7 when the Chanticleers began to find momentum. They went on a 10-2 run before an ETSU timeout. A late push by ETSU wasn’t enough as the Blue and Gold fell in the first set 25-18. Massey finished with five kills in the set (11 attempts).

Set 2 (25-22 ETSU): Like the first, the beginning third of the set was back and forth, but ETSU began to take charge with a 13-9 lead. After CCU put on a run of their own, the two teams alternated points until ETSU held a 22-20 lead. ETSU benefited from two attack errors late in the frame to tie the match at one.

Set 4 (25-23 ETSU): Like the previous set, CCU got off to another 3-0 start but ETSU started their comeback much sooner. The Bucs were led in the set by Massey who hit .500 with six kills. The set was tied 20-20 after both teams burned a timeout. Two kills by Massey and a kill from Sara Esposito (Venezia, Italy) in the final five points gave the Bucs the set 25-23 and forced a fifth frame.

Set 5 (17-15 CCU): The fifth set was all but ordinary. ETSU got off to a 5-2 run before forcing a Coastal Carolina timeout. CCU went on a 4-0 to take the lead and it was back-and-forth from there. After an attack attempt from the Chanticleers, a controversial touch call was made at the net, giving the Chanticleers the point. After the point, ETSU received two red cards and now faced a 10-7 deficit. The Bucs stood their ground and tied the set at 11 with four straight kills. The set was knotted up at 15 when Chanticleers two straight points on a kill and a block to take the match 3-2.

The Bucs are back in action next weekend at the UAB Invitational. The Blue and Gold face Alcorn St. on Friday, Sept. 13 at 4 p.m.