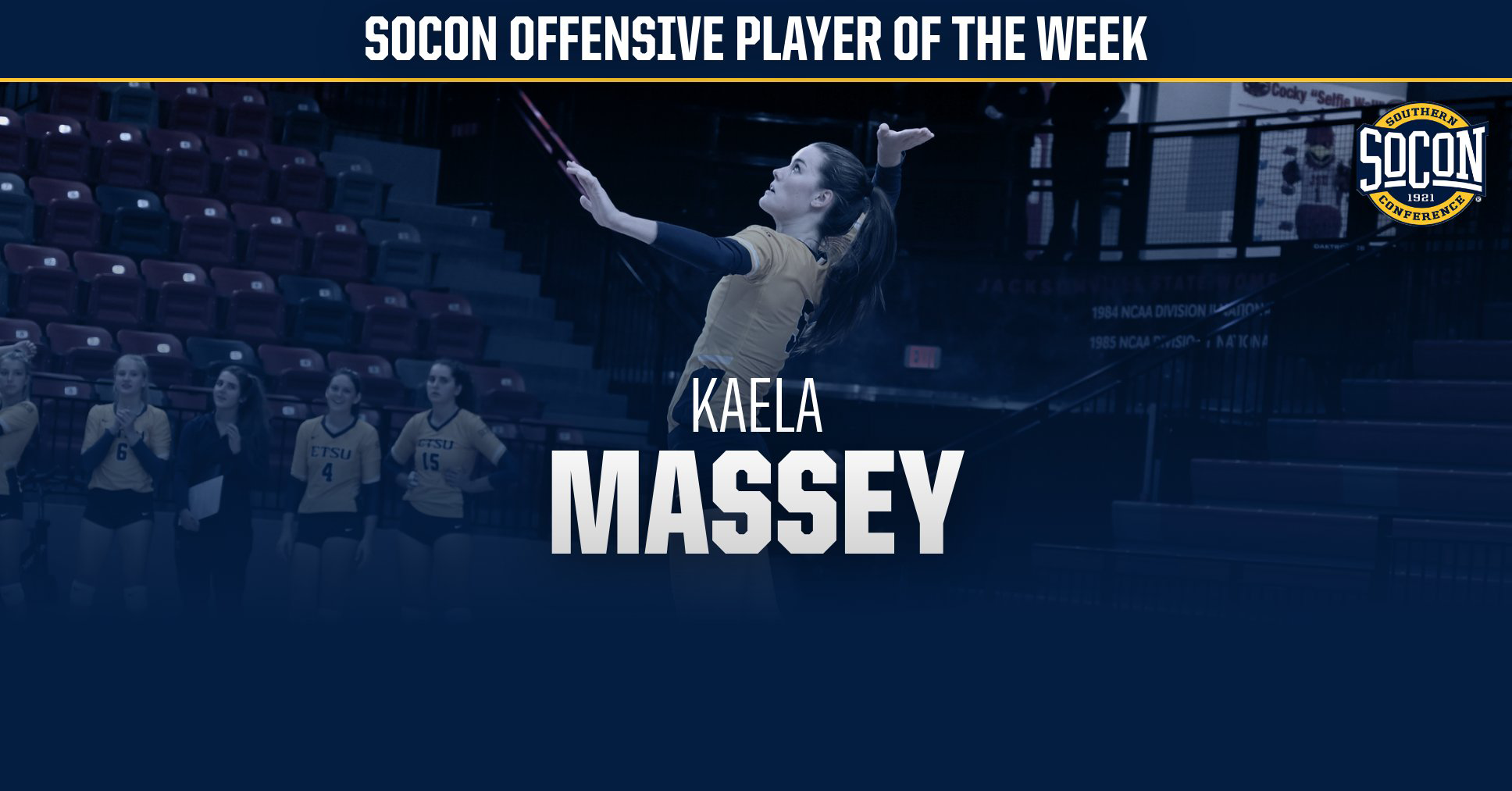 The senior set a career-high on Friday against Charleston Southern with a .684 hitting percentage (14-for-19). Previously she had never hit above .500 in a match.

In Saturday’s match against Coastal Carolina, Massey logged 19 kills, another career-best. She had 19 serve attempts and no errors in the contest. Her previous career-high was 16 kills vs. Tennessee last season.

The Bucs are back in action this weekend at the UAB Invitational. The Blue and Gold face Alcorn St. on Friday, Sept. 13 at 4 p.m.