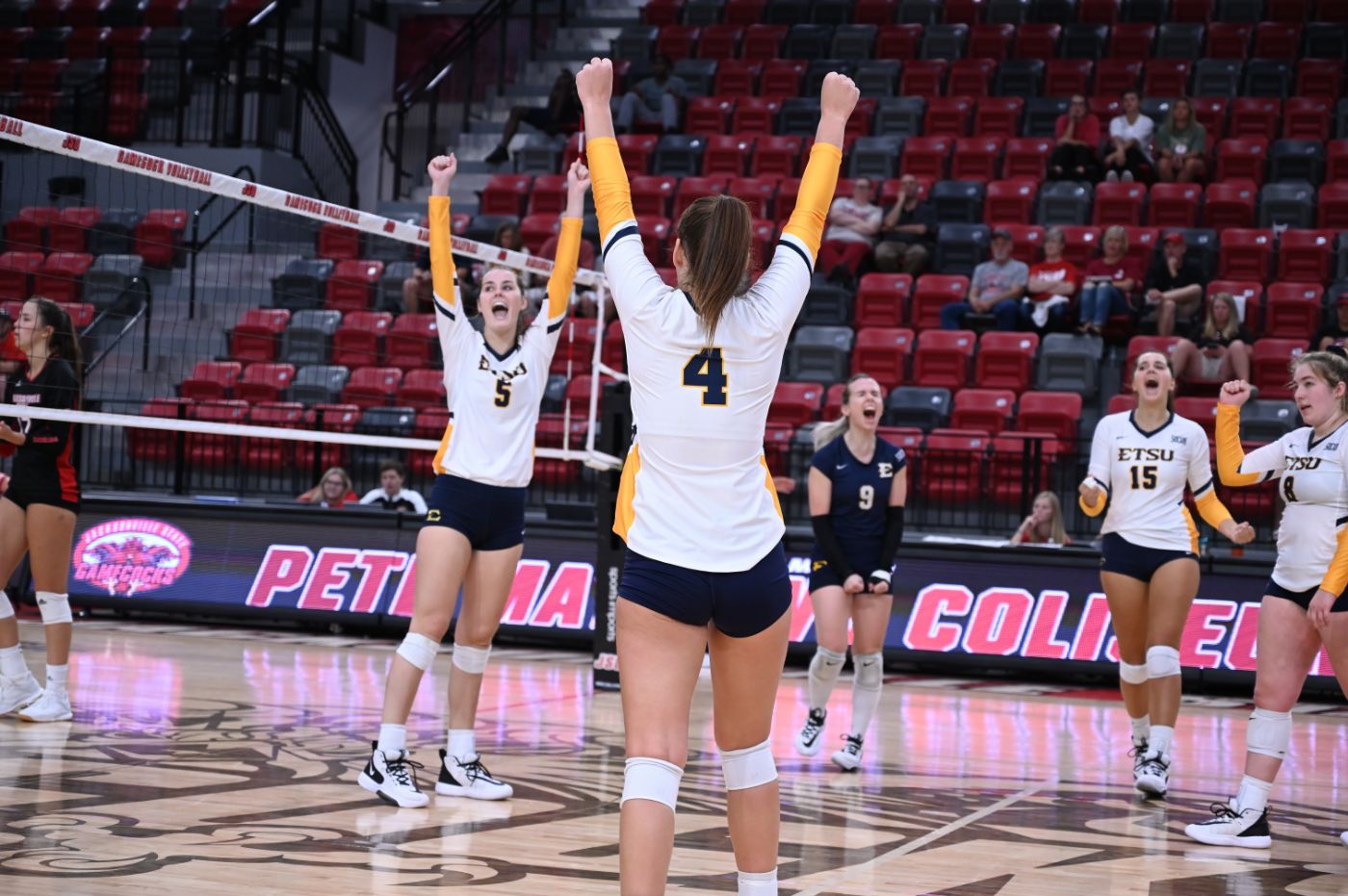 Massey Hits Over .600 For Second Game This Season

Set 1 (25-16 ETSU): Like the majority of first sets for the Blue and Gold this season, the first frame was back and forth at the beginning. The Bucs went on a 6-0 run with two kills from Kaela Massey (Brentwood, Tenn.) and kills from Sara Esposito (Venezia, Italy) and Lauren Hatch (Homewood, Ill.) to take a 14-7 advantage. ETSU didn’t look back and finished the first set on a 7-1 run to take the game 25-16.

Set 2 (25-22 ETSU): The Bucs got off to a hot start in the second set with Lundyn Coffman (Nolensville, Tenn.) contributing early with three kills on the first four ETSU points. Alcorn St. battled back with a 6-1 run to bring the set to 17-16, but the Lady Bears never took the lead. Esposito ended the frame with her sixth kill of the match to give the Bucs a 2-0 advantage in the match.

Set 3 (25-18 ETSU): ETSU took the momentum from the second set and took a 4-0 lead in the third game of the match. Like the second set, Alcorn St. tied the frame twice, but the Bucs never gave up the lead. Freshman middle-blocker, Sidney Sherrill (Knoxville, Tenn.) shined in the third frame with a match-high four kills and served the four final points of the set. The Bucs took the third set 25-18 to clinch the victory.

The Bucs are back in action tomorrow at 1 and 5:30 p.m. EST to face Georgia State and UAB. Live stat links are available at ETSUBucs.com. Fans can watch the UAB match for a one-time fee.