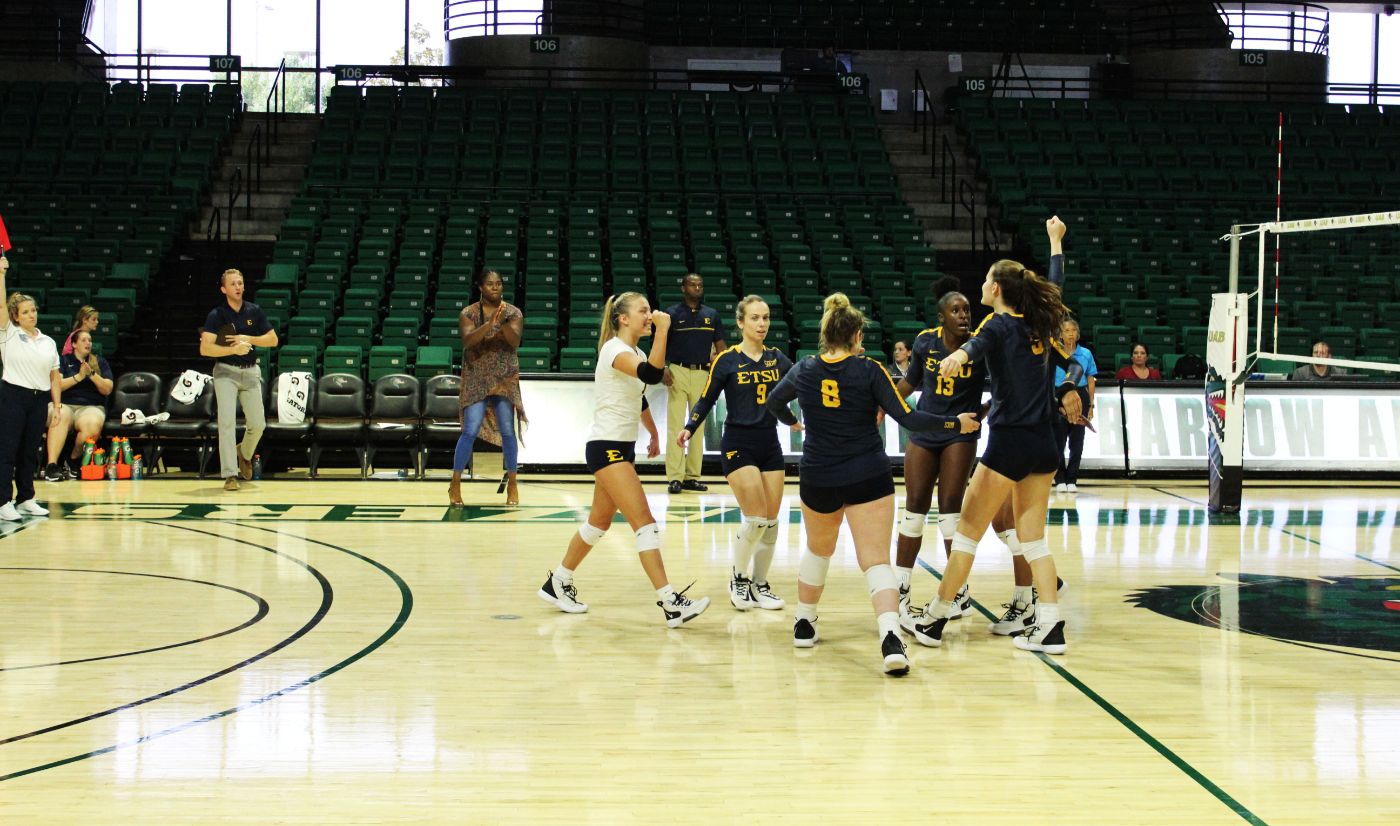 KNOXVILLE, Tenn. (Sept. 19, 2019) – The ETSU volleyball team is set for their fourth and final preseason tournament as they travel to the Tennessee Classic beginning Friday evening. The weekend kicks off with a rematch between the Bucs and the Vols after ETSU knocked off Tennessee in five sets in Brooks Gym last year.

Fans can watch Friday night’s match vs Tennessee on the ESPN app by logging in with their TV provider.

LAST TIME OUT:  Last weekend, the Blue and Gold posted a 2-1 record at the UAB invite. The Bucs defeated Alcorn State in three sets and Georgia State in five. They closed out the tournament with a 3-2 loss to UAB. The Bucs were outhit by GSU in their 3-2 marking the first time since 2015 ETSU was outhit and won the match.

A LOOK AT ETSU: ETSU sits atop the SoCon with a 7-2 record. The Bucs currently lead the conference in hitting percentage (.242), blocks (2.51/s) and opponent hitting percentage (.156). The Blue and Gold are currently 2-1 against teams in the Sun Belt with wins against Troy and Georgia State and a 3-2 loss to Coastal Carolina.

After falling in the 2018 Conference Championship game to Samford, the Bucs received an at-large bid to face Purdue in the NCAA Tournament. In addition to seven freshmen, the Blue and Gold welcome a new coaching staff featuring a new head coach in Benavia Jenkins and assistants Giovanny Delevry and Andrew Pile.

A LOOK AT TENNESSEE: The Lady Vols have a 3-4 record, but have dropped two matches in five sets to No. 6 Illinois and one match to No. 5 Baylor 3-0. Their other loss was at the hands of Cincinnati at home 3-0. The Lady Vols currently sit last in the SEC with their record. UT is hitting .223 with their opponents hitting .227.

A LOOK AT GEORGIA SOUTHERN: Georgia Southern is coming off of a 3-2 loss to North Florida on Tuesday night. Overall, the Eagles are 4-4 and 0-1 against SoCon teams. They lost to Mercer in three sets at the beginning of the season. The Eagles are holding their opponents to a .193 hitting percentage this season.

A LOOK AT NDSU: NDSU currently sits at 5-4 on the season coming off of back-to-back wins at home. The Bison are led by Kalli Hegerle, who has five double-doubles and four triple-doubles this year. NDSU join ETSU as the only teams in the tournament with a winning record.

BUCS COMING BACK HOME: Sydney Cherney, Olivia Cunningham and Sidney Sherril (Knoxville, Tenn.), three of ETSU’s seven freshmen, are playing in their hometown. The three of them played on a club team in Knoxville with Kailey Kebble, a freshman on the Vols’ roster.