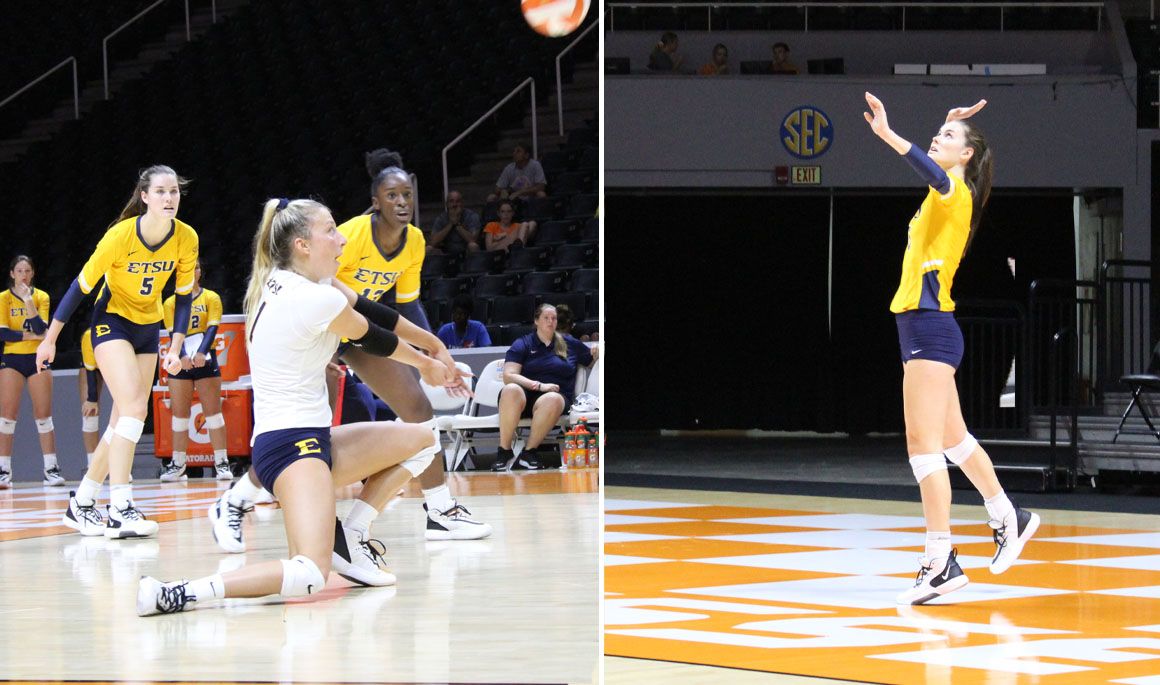 Third All-Tournament Team Honor of the Season for Massey

Knoxville, Tenn. (Sept. 22, 2019) – Kaela Massey (Brentwood, Tenn.) and Sydney Cherney (Knoxville, Tenn.) had a stellar weekend on the court close to home at the Tennessee Classic and were both named to the all-tournament team.

Massey was dominant on all facets of the court this weekend totaling 35 kills, 30 digs, 15 blocks and four aces throughout the tournament. In Saturday’s action against Georgia Southern and North Dakota State, the Brentwood, Tenn. native logged double-doubles in both matches. She finished three blocks shy of a triple-double against NDSU.

Cherney was the starting libero for the Blue and Gold throughout the entire tournament. In her hometown, in front of friends and family, she did not let the freshmen nerves get to her. The Knoxville native finished the weekend with 60 digs and 11 assists. Opponents targeted her with serves 100 times throughout the tournament and the freshman had just two reception errors.

Massey’s two double-doubles are the sixth of her career and third this season which already matches her total from 2018. The senior finished the weekend with a .226 attack clip and just under three kills per set. She currently sits third in the Southern Conference with a .326 hitting percentage this season.

Cherney averaged five digs per set this weekend, well above her average of 3.11 this season.

The Blue and Gold improved to 9-3 after two wins on Saturday. The squad prepares this week for conference play which kicks off on Friday, Sept. 27 at Furman. First serve is set for 6 p.m.