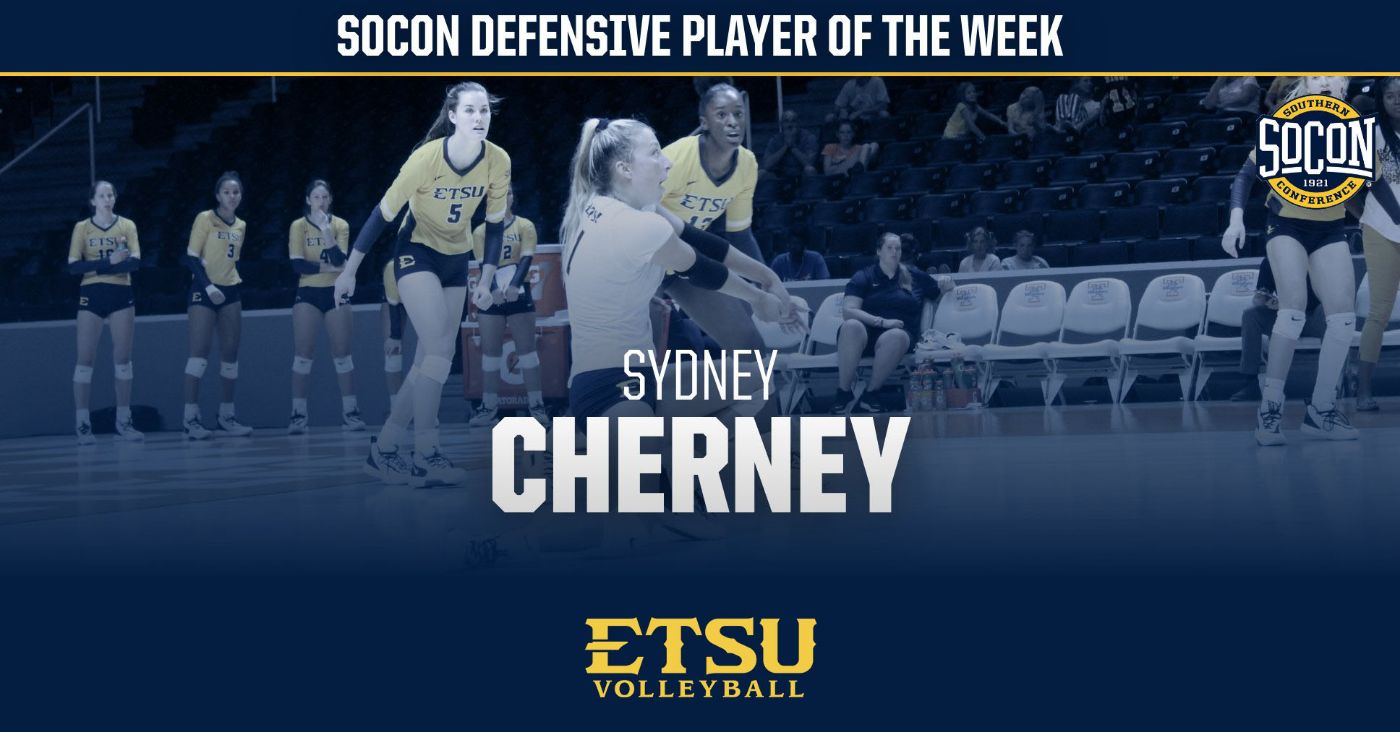 First SoCon Accolade of her Career

SPARTANBURG, S.C. (Sept. 23, 2019) – ETSU’s freshman libero, Sydney Cherney (Knoxville, Tenn.) has been named the Southern Conference Defensive Player of the Week, the SoCon office announced Monday afternoon. This is the first conference honor of her career.

Cherney stepped into a big spot last weekend as the starting libero for the Blue and Gold in all three matches. The Knoxville native logged 60 digs throughout the weekend averaging five per set. She led the Bucs in the category in every match including totaling 47 digs between the two matches on Saturday vs NDSU and Georgia Southern.

The freshman had a 98% reception percentage on the weekend after being targeted on opponents serves 100 times and recording just two errors. Cherney also added 11 assists to her weekend totals.

“It was great to see Cherney step into the role and contribute the way that she did this weekend,” said Head Coach Benavia Jenkins. “This is just the beginning for her and I am excited to see what she does throughout the rest of the season.”

This is the second accolade of the season for Cherney after being named to the Tennessee Classic All-Tournament team this weekend. It is also the second conference honor for the Bucs after Kaela Massey (Brentwood, Tenn.) was tabbed Offensive Player of the Week earlier this season.

The Blue and Gold begin conference action this weekend with matches on the road at Furman on Friday, Sept. 20 and UNCG on Saturday, Sept. 21.