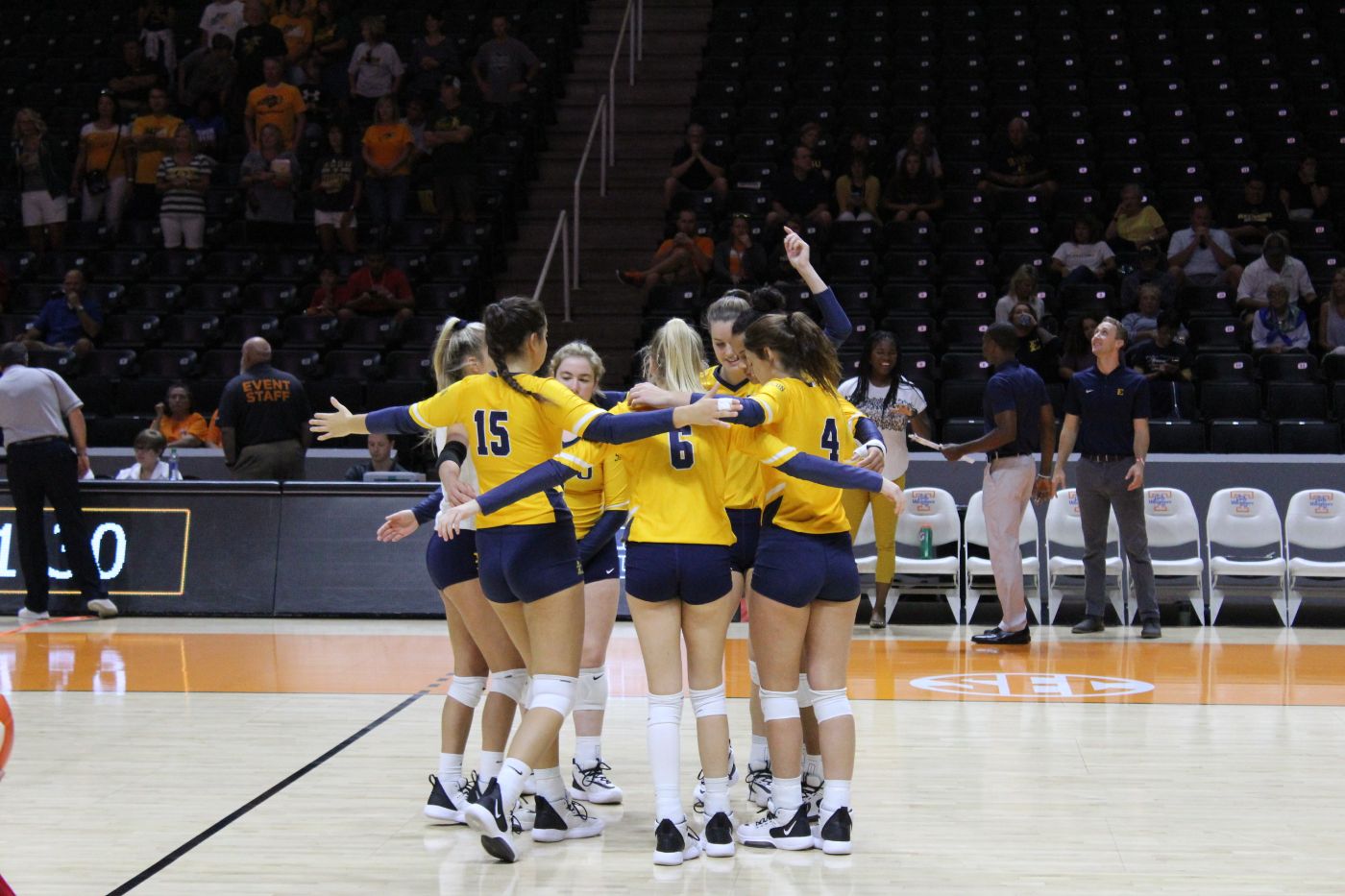 Volleyball Travels to Furman and UNCG

JOHNSON CITY, Tenn. (Sept. 26, 2019) – ETSU’s volleyball team is set to begin Southern Conference action this weekend when they travel to Furman on Friday and UNCG on Saturday. The Bucs currently host a 9-3 record, the best in the SoCon through non-conference action.

LAST TIME OUT:  Last weekend, the Blue and Gold posted a 2-1 record at the Tennessee Classic. The Bucs started the tournament at the hands of a loss 3-0 to the host, Tennessee.  ETSU bounced back on the final day of the tournament with a 3-1 victory over North Dakota State and a 3-2 win over Georgia Southern. Kaela Massey (Brentwood, Tenn.) and Olivia Cunningham (Knoxville, Tenn.) logged double-doubles in both matches on Saturday. Cunningham finished with 23 kills in the win over the Eagles including seven kills in the fifth set to help lead the Bucs to victory. Sydney Cherney (Knoxville, Tenn.) got the start at libero in all three matches and was named the SoCon Defensive Player of the Week for her efforts.

Coming out of non-conference play, the Blue and Gold have played four five-set matches and are 2-2 in those contests. Additionally, the Bucs are 6-1 when winning the first set and are 9-0 when winning the third frame. The Bucs are the only team in the SoCon who have not hosted a home match yet this season.

A LOOK AT FURMAN: Furman is still looking to get their first win of the season after starting 0-11 in non-conference action. The Paladins have gone to five sets twice this season and have been swept six times; they are 0-1 at home. The Paladins sit at the bottom of the conference in opponent hitting percentage, assists, kills, and aces. Furman’s strength of schedule is the hardest in the SoCon with their opposition throughout the season holding a .511 winning percentage.

A LOOK AT UNCG: UNCG is one of the six SoCon teams that finished non-conference play with six or more wins. The Spartans are 6-8 overall and host a 2-3 record in Greensboro. UNCG is led by junior Maria Esch who is fourth in the conference with 3.52 kills per set. Their freshman setter leads the SoCon with 511 assists this season. Prior to the matchup against the Bucs, UNCG hosts Western Carolina to open up conference action.