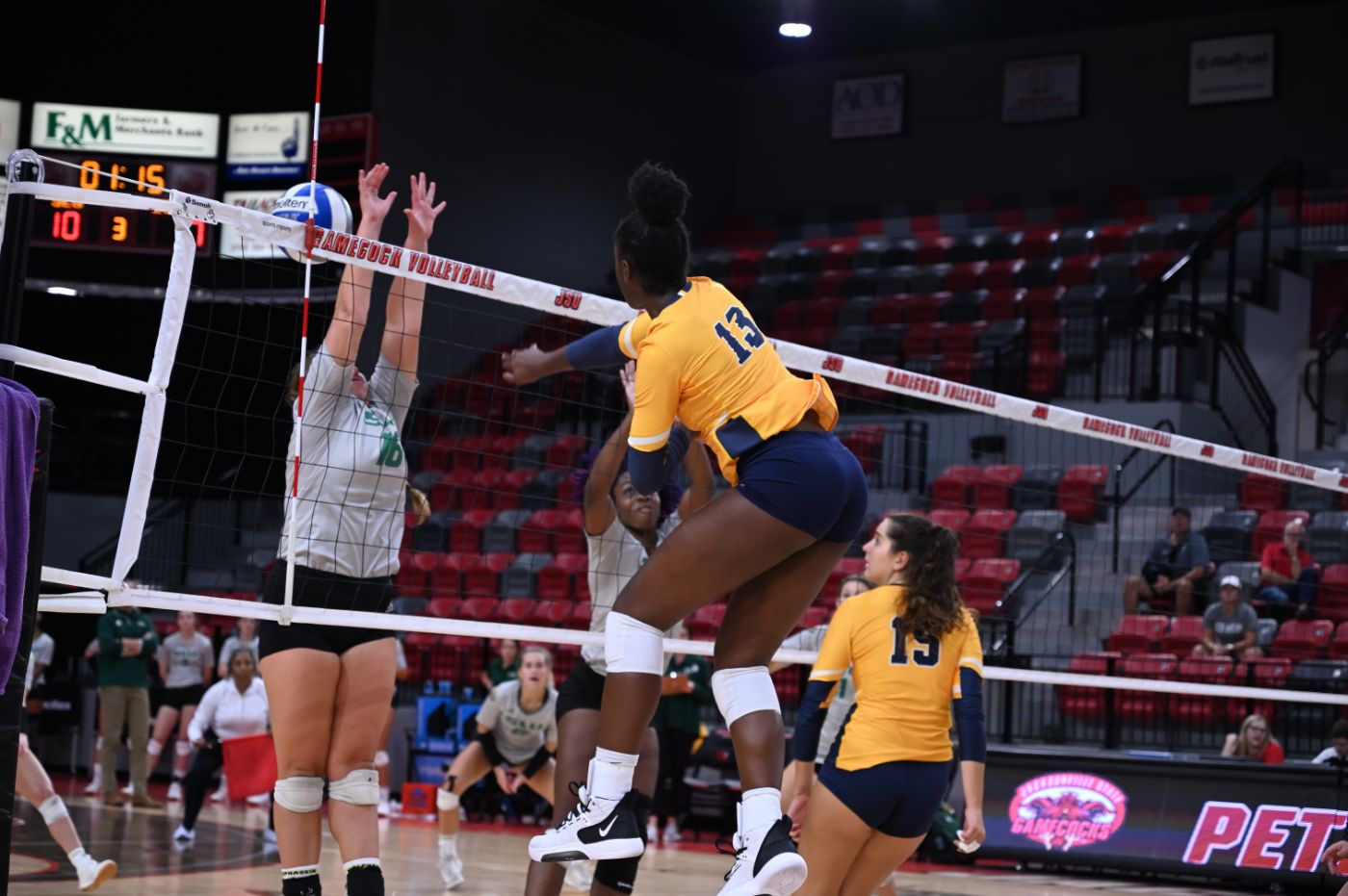 Set 1 (26-24 FU): Both teams alternated points throughout the beginning of the first frame before the Bucs took an 18-15 lead. Furman went on a 3-0 run to force an ETSU timeout at 18-18. The Blue and Gold came out of the timeout to take a 24-22 lead to cause a Furman timeout. The Paladins forced a set point of their own out of the timeout with a 25-24 lead before taking the frame 26-24. The Paladins were strong at the net with five blocks including four solo in the set.

Set 2 (28-26 ETSU): The second set was knotted up at four before the Bucs scored four points off of two kills and then back-to-back aces from Kaela Massey (Brentwood, Tenn.). The Paladins struck back to take a 13-12 lead of their own before the Blue and Gold jumped on a 3-0 run. Like the first frame, the Bucs held a 24-23 lead and Furman came back to hold a set point of their own. The Blue and Gold fought off two Paladin match points to give them a match point of their own at 27-26. Olivia Cunningham (Knoxville, Tenn.) logged her fourth kill of the match to give the Bucs the set, 28-26!

Set 4 (25-23 ETSU): For the first time in the match, ETSU took the lead early at 10-5. The Paladins began a small comeback before ETSU converted on a block-assist from Massey and Lundyn Coffman (Nolensville, Tenn.) to take a 16-12 lead and cause a Furman timeout. The Paladins came back to cut their deficit to two at 23-21. Furman got within one at 24-23 before a kill by Cunningham put the match away!

“It’s a great win for our girls and I’m proud of them,” said Benavia Jenkins, head coach. “It’s always a team effort, tonight the team did a great job of rallying behind our hitters and knowing where to be on the court.”

The Bucs continue conference play tomorrow at UNCG. First serve is slated for 5 p.m. Fans can watch live on ESPN3.