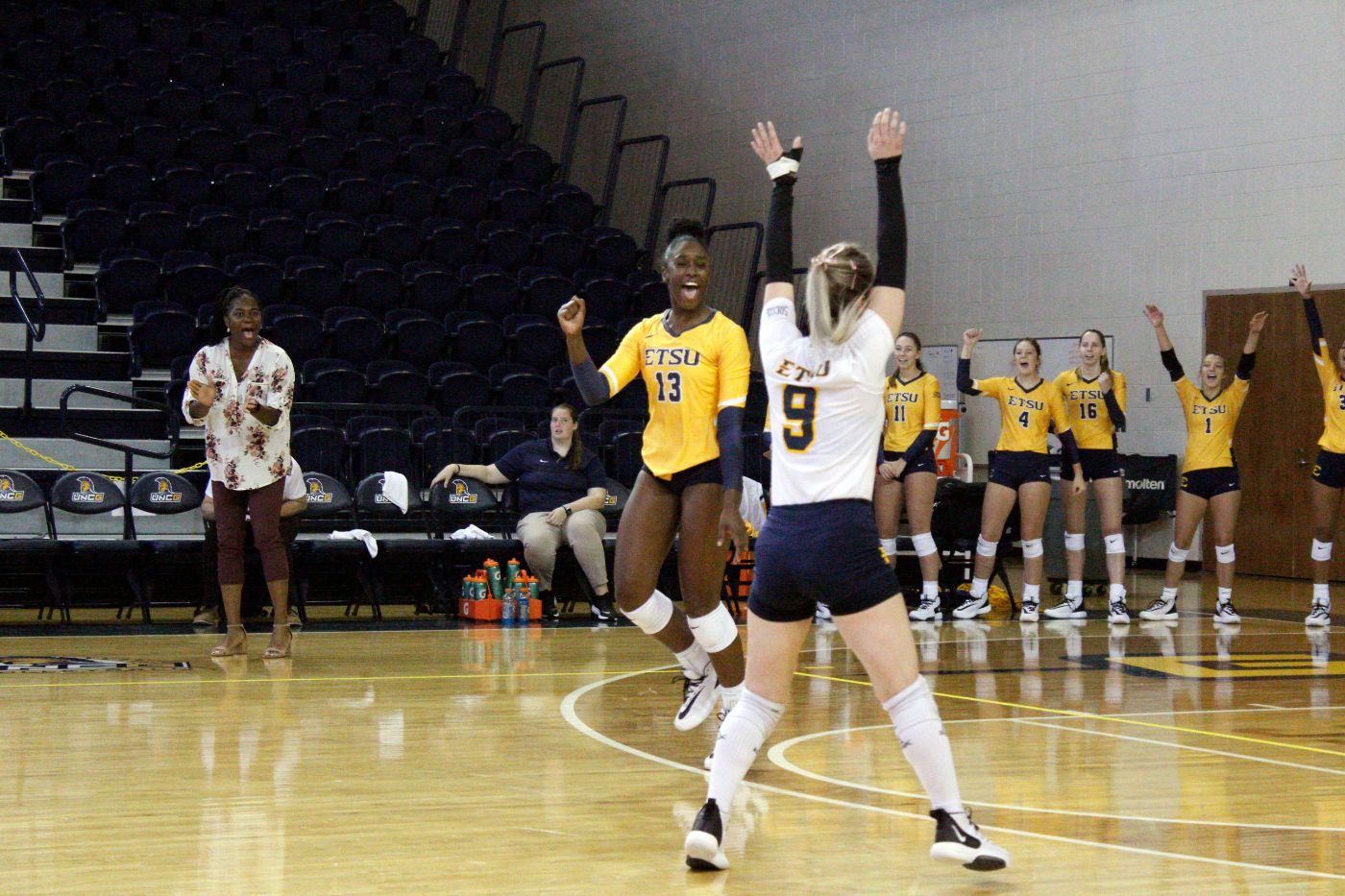 Set 2 (25-23 ETSU): The Bucs came out strong in the first set hosting a 10-3 lead. The Spartans slowly started a comeback with small 2-1 runs throughout the frame but were never able to catch ETSU. UNCG came within one at the end of the set, but a kill from Lauren Hatch (Homewood, Ill.) capped off the set for the Bucs 25-23. Lundyn Coffman (Nolensville, Tenn.) entered the frame without an attack attempt, but logged four kills on seven attempts to enter the intermission with a match-high .429 attack clip.

Set 3 (31-29 ETSU): After not giving up the lead throughout the first two sets, ETSU fell behind for the first time all evening 4-3 in the third frame. UNCG held the lead throughout going up as many as six with a 20-14 advantage. Out of the timeout, ETSU jumped on a 7-1 run to take their first lead since the beginning of the set. UNCG was up 24-23 before the Bucs battled off two Spartan set points to bring the match to 26-26. The Bucs and the Spartans battled to bring the set to 29 points apiece before the Blue and Gold won the next two off of kills from Kaela Massey (Brentwood, Tenn.) and Olivia Cunningham (Knoxville, Tenn.).

ETSU is back in action next weekend for one more road weekend of competition before returning home. The Bucs head west to face Chattanooga on Friday night before heading to Mercer on Saturday for a 2 p.m. matchup.