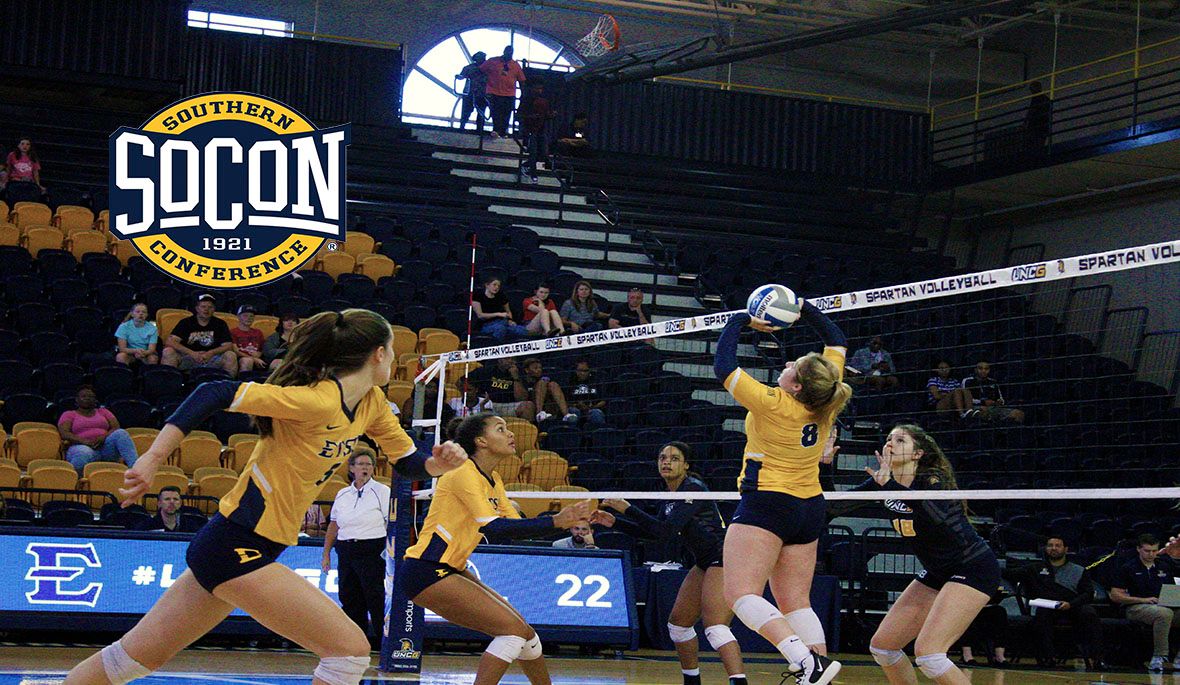 Freshman Set Career-High With 50 Assists at Furman on Friday

SPARTANBURG, S.C. (Sept. 30, 2019) – ETSU’s freshman setter, Emily Arnold (Louisville, Ky.) has been named the Southern Conference Setter of the Week, the SoCon office announced Monday afternoon. This is the first conference honor of her career.

Last weekend, Arnold continued to quarterback ETSU’s offense with a total of 86 assists on the weekend for a league-best 12.29 assists per set. On Friday, the setter logged 50 helpers to set a career-high. Saturday against UNCG, she added 36 to her weekend total.

Over the weekend, Arnold had four kills on nine attempts. She totaled 16 digs and two service aces between the two matches.

The Louisville, Ky. native has posted 40+ assists in seven of ETSU’s matches this season.

“I am really proud of Emily, she has stepped into a leadership role as a freshman and demands the court,” said Head Coach Benavia Jenkins. “She has intangibles that every coach wants to have a part of their program and I’m sure there will be a lot more success from her in the future.”

This is the second accolade of the season for Arnold after being named to the Jacksonville State Classic All-Tournament team earlier this season. It is also the third conference honor for the Bucs after Kaela Massey (Brentwood, Tenn.) and Sydney Cherney (Knoxville, Tenn.) were tabbed given the award earlier this season.

The Bucs are off to a 2-0 start in conference play and host an overall 11-3 recodr. The Blue and Gold begin continue SoCon action with matches on the road at Chattanooga on Friday, Oct. 4 and Mercer on Saturday, Oct. 5. Both are set to begin at 6 p.m.