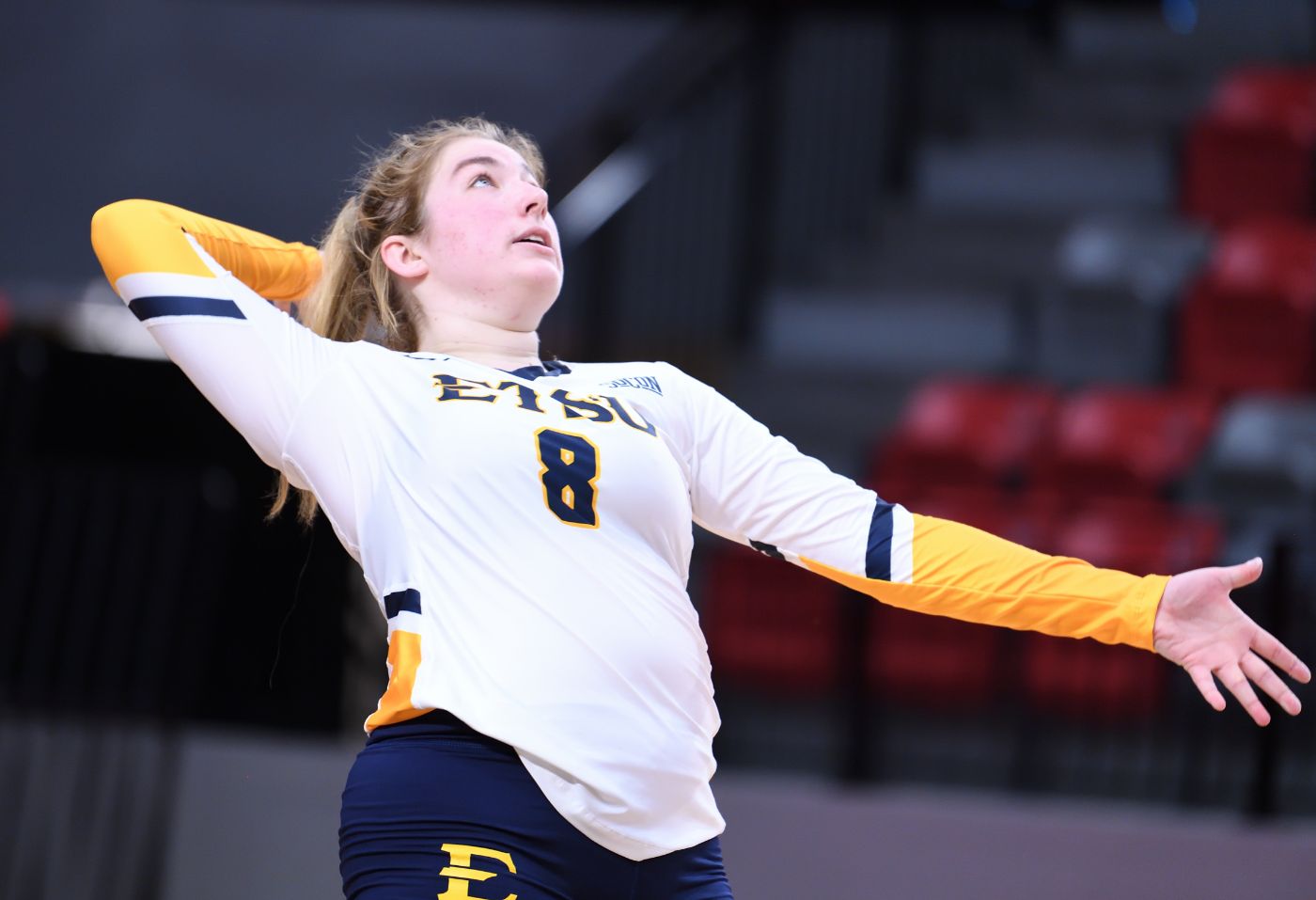 CHATTANOOGA, TENN. (Oct. 4, 2019) — ETSU’s volleyball team continued their winning ways in conference action with a sweep over the Chattanooga Moccasins (25-21, 25-21, 25-19) on Friday evening. The Bucs have won five straight matches dating back to the end of September.

Set 1 (25-21 ESTU): The first frame was close at the beginning until ETSU took at 15-9 lead on a 5-1. Chattanooga came close towards the end of the frame on a 4-0 run to cut their deficit to three at 20-17. The Blue and Gold held off the Mocs to clinch the first set 25-21. Olivia Cunningham (Knoxville, Tenn.) finished the first set with five kills on seven attempts.

Set 2 (25-21 ETSU): After not leading throughout the entire first set, the Mocs took their first lead of the match early in the second frame. Their lead did not last long as the Blue and Gold took the lead at 9-8 and never gave it up. The Bucs took that lead and jumped on the biggest run of the match, a 12-5 rout over the Mocs in the middle of the second. The Bucs capitalized on three kills and a Mocs attacking error to take the second frame just as the first at 25-21.

Set 3 (25-19 ETSU): The third set was more competitive through the first half with the teams locked at 13 halfway through. The Bucs went on a 4-0 run to take a 17-13 lead and never gave it up. Chattanooga was unable to overcome their deficit as the Bucs ended up taking the third set 25-19 topped off by a Cunningham kill.

“I’m proud of the performance by our players tonight,” said Benavia Jenkins, head coach. “They executed the game plan from start to finish. We are taking our season one match at a time as we continue to better our game.”

“Emily [Arnold] did a great job distributing the ball all over the court,” said Massey in response to ETSU’s offensive success. “All of our hitters did a good job using Chattanooga’s block to our advantage.”

The Bucs are back in action tomorrow at Mercer. First serve is set for 6 p.m. Fans can follow the action on Twitter and with live stats.