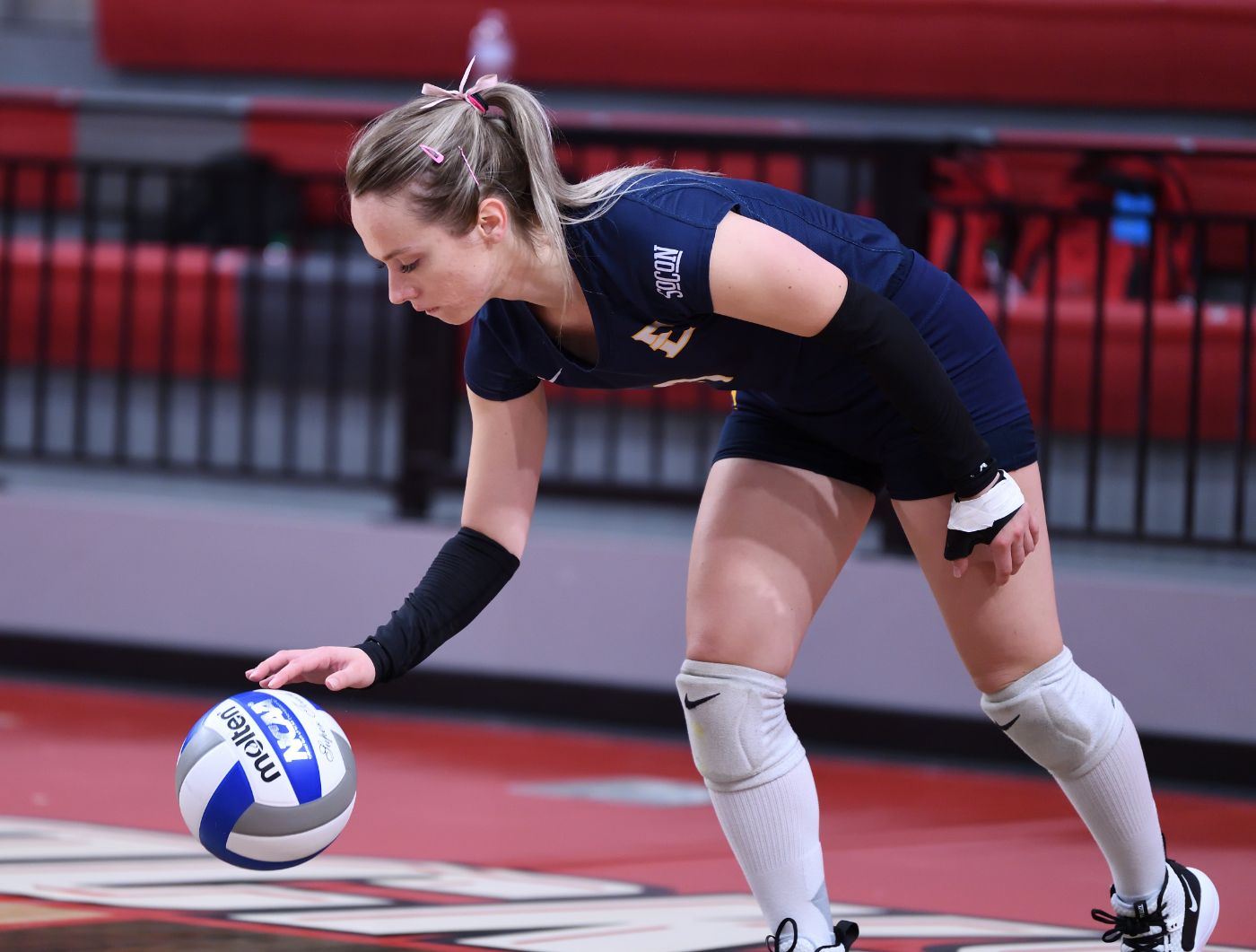 Set 1 (27-25 ETSU): The Bucs held a 10-7 lead early in the first frame, but Mercer got back in the set with a 5-0 run to put the Bears up 20-16 late in the first. ETSU took advantage of two Mercer errors to tie the first set at 22 before Marija Popovic (Belgrade, Serbia) slotted her first ace of the match to put the Bucs up one. The Bears didn’t go down easy as they held the first set point up 25-24 off of back-to-back kills. Massey proved to be the difference maker in the first logging kills on consecutive points to give the Bucs the first set, 27-25.

Set 2 (25-23 ETSU): The second set began just as the first with ETSU holding an advantage early. Mercer was able to cut their deficit and tie the set at 16 as the teams began to alternate points. No team had a two-point edge in the set again until Mercer took a 23-21 advantage. The Bucs capitalized off of two kills and a block to regain the lead and ultimately take the set on a Mercer attacking error, 25-23.

Set 3 (26-24 ETSU): The third set was just as competitive as the first two, but Mercer was unable to regain the lead late. The Bucs jumped off to a strong start and ultimately held a 20-15 advantage, but Mercer prevailed to eliminate four ETSU match points to tie the set at 24. The Blue and Gold used a kill from Lauren Hatch (Homewood, Ill.) and an attacking error from the Bears to take the frame, 26-24.

“Winning on the road is always tough and I am very proud of the fight these girls continue to show despite six straight weeks on the road,” said Benavia Jenkins. “Mercer did a great job making us execute plays. There were moments where the game could have gone either way, but we stayed calm and made plays that converted to a win.”

The Bucs are back in action on Friday when the Blue and Gold come home to host Wofford in Brooks Gym. First serve is slated for 6 p.m.

After starting the season with 15 consecutive road matches, Coach Jenkins said, “We’re excited to come home and see our fans in Brooks Gym next weekend!”