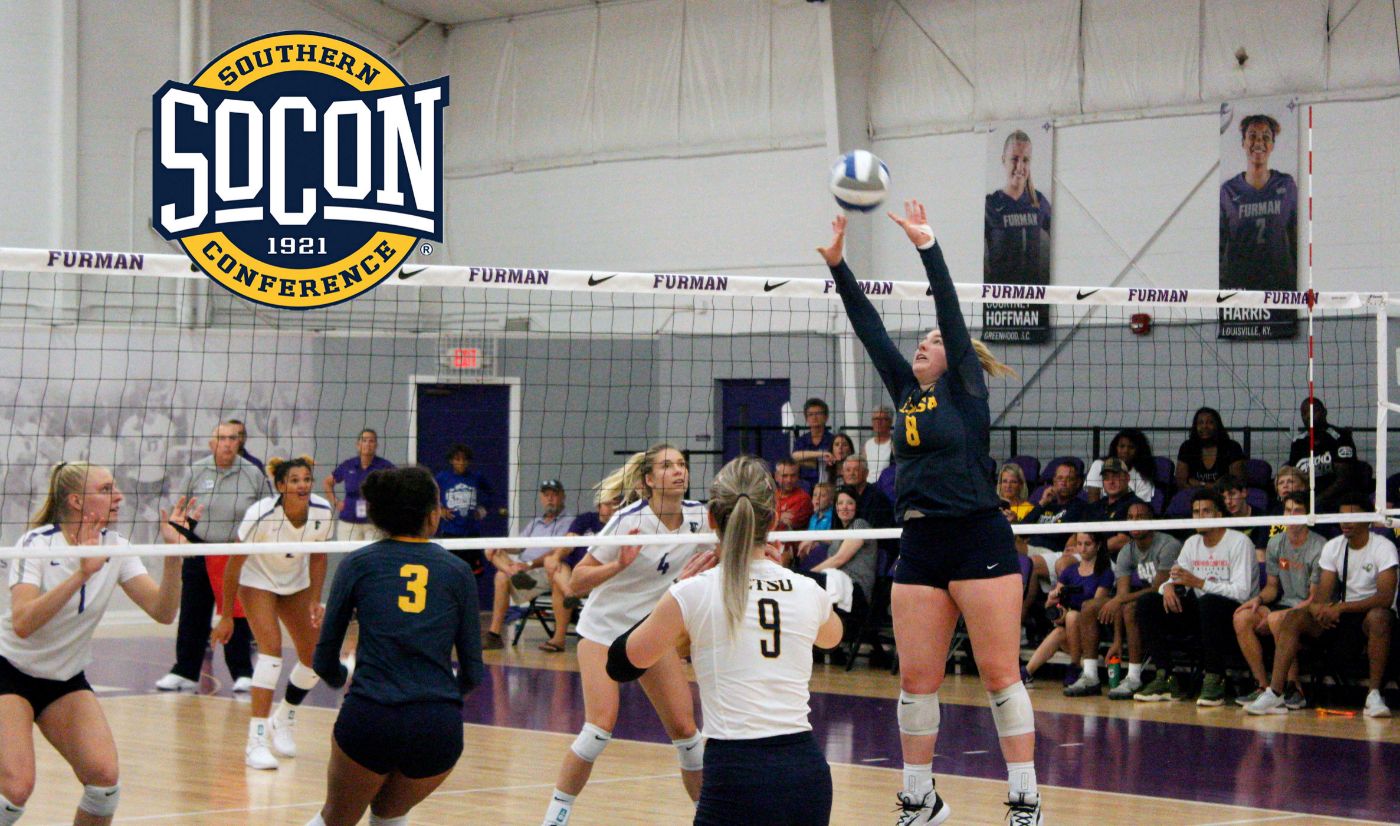 Freshman Tabbed Setter of the Week

Last weekend, Arnold continued her success on the court with 72 assists in six sets for an average of 12 assists per set. She recorded 38 helpers on Friday at Chattanooga followed by 34 on Saturday at Mercer.

In Friday’s match against the Mocs, the setter was aggressive offensively with five kills, a career-best.

“Emily has had success implementing the game plan from week to week,” said Head Coach Benavia Jenkins. “As a freshman, she has grown throughout this season and her ceiling is high!”

Three Bucs have been given the honor this season; Kaela Massey (Brentwood, Tenn.) and Sydney Cherney (Knoxville, Tenn.) were awarded with the accolade earlier in non-conference action.

The Bucs are off to a 4-0 start in conference play and host an overall 13-3 record. The Blue and Gold come home to Brooks Gym this weekend for their home opener vs. Wofford at 6 p.m. on Friday.