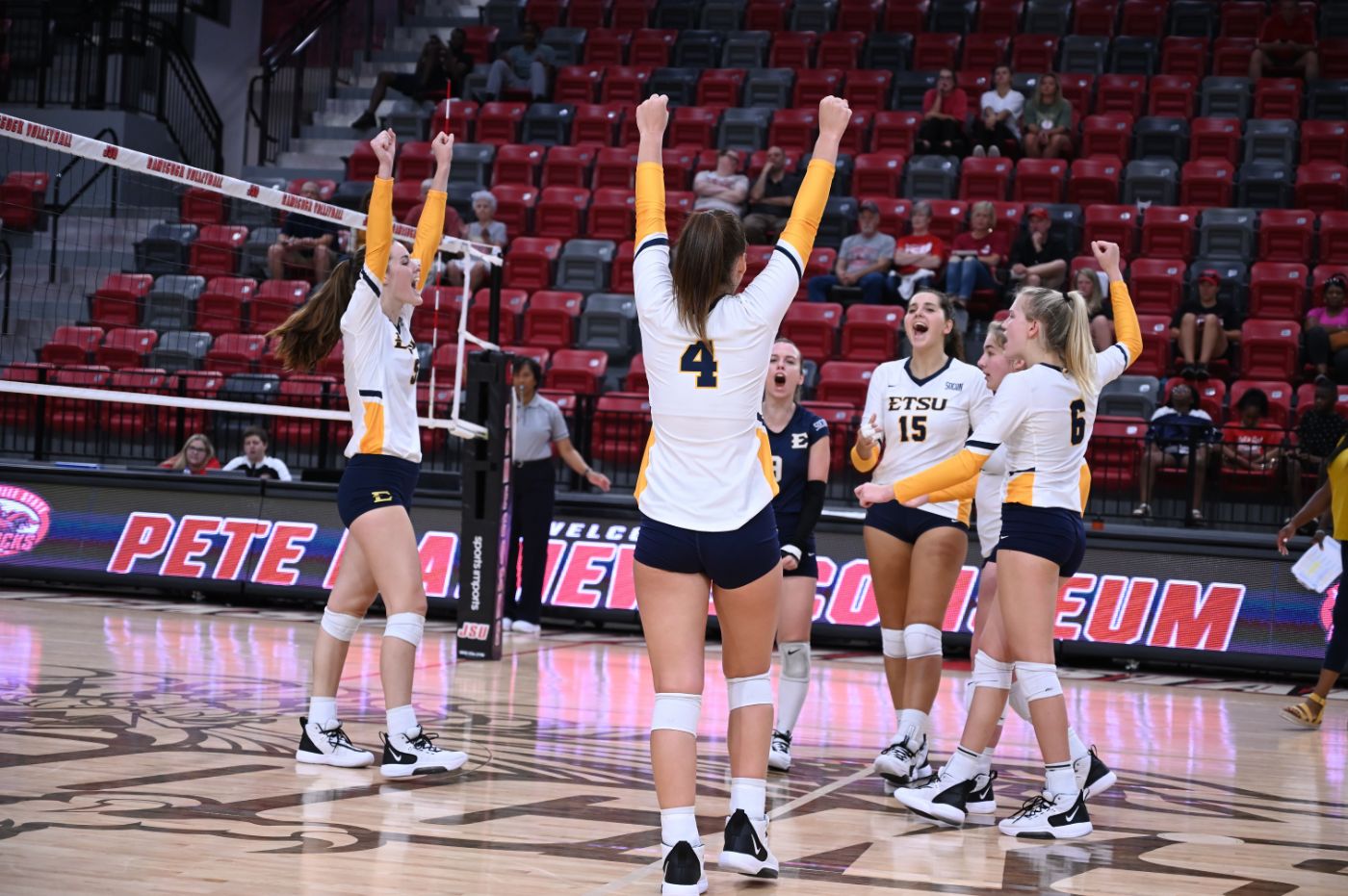 JOHNSON CITY, Tenn. (Oct. 10, 2019) – ETSU’s volleyball team hosts a 13-3 overall record through a long six-week road trip to begin the 2019 season. The Bucs come home this weekend for their first two of eight matches in Brooks Gym. The Blue and Gold face Wofford on Friday at 6 p.m. and The Citadel on Saturday at 3 p.m.

Game Sponsor: Citi will be the game sponsor for Friday’s match.

LAST TIME OUT:  Last weekend, the Bucs swept their two conference opponents with wins over Mercer and Chattanooga. The Blue and Gold are one of three teams in the conference to win all four of their first SoCon matches. Last weekend, ETSU was led by Kaela Massey (Brentwood, Tenn.) who hit above .400 in both contests. Emily Arnold (Louisville, Ky.) averaged 12 assists per set last weekend which led her to her second consecutive SoCon Setter of the Week accolade. The Bucs have swept their last three conference opponents dating back to September.

ETSU vs. Wofford: This will be the 29th meeting all-time. ETSU leads the series 22-6 and swept the Terriers in both matchups last season.

ETSU vs. The Citadel: This will be the 23rd matchup all-time. ETSU is undefeated in the series hosting 22-0 record. ETSU won both matches last year 3-0.

A LOOK AT WOFFORD: Wofford began the season 0-6 before winning 10 of their last 12 games. The Terriers are 3-1 in conference play (10-8 overall) with their lone loss being a 3-1 setback vs Samford. Since their match at Samford, the Terriers are on a three-match win streak. Wofford leads the league with 1.79 aces/set and 2.4/set in conference play. Wofford’s middle-blocker, Riley Coonan leads the SoCon with a .371 attack clip. The Terriers’ senior, Catie Cronister leads the SoCon among active players with a 1,562 career kills and 178 aces.

A LOOK AT THE CITADEL: The Citadel is still looking for their first conference win of the season. The Bulldogs are 4-11 in 2019 with two of their four wins coming in a five-set match. Recently, The Citadel fell to Furman in a battle of winless teams in the conference, Furman took the match 3-1. The Bulldogs are last in the SoCon in hitting percentage, assists and kills. Of The Citadel’s 11 losses, they have only been swept three times.

New Tradition: As the new season comes into Brooks Gym, Coach Jenkins and the Bucs look to bring a new tradition to the program. Following each match in Johnson City, ETSU invites all fans in attendance to join the team in the singing of the Alma Mater which will be provided to fans prior to the match.