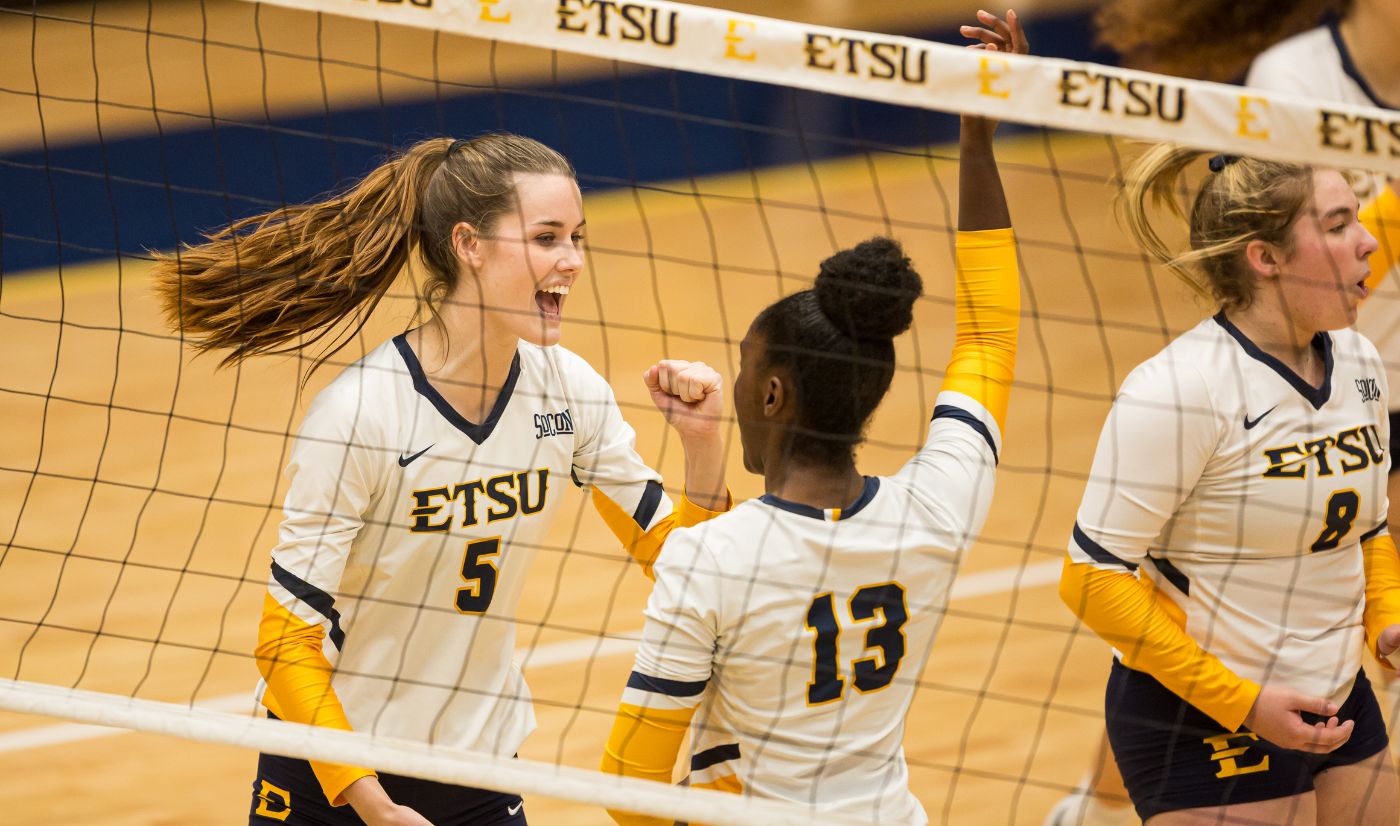 Set 1 (27-25 Wofford): The first set displayed how the rest of the match would go with both teams fighting throughout the frame. The set featured 10 ties and three lead changes. Wofford held the biggest lead of the set with a four-point advantage twice throughout, but ETSU prevailed to take the lead late, 23-22. Wofford took advantage of two blocks at the net in the most crucial point of the match thus far to take the first set, 27-25.

Set 2 (25-14 ETSU): The second set was just as competitive as the first at the beginning, then ETSU starting rolling. The Terriers had an 8-7 lead before the Bucs jumped out to a 17-11 lead of their own to force a Wofford timeout. ETSU finished the set on an 8-3 run to bring the match to one set apiece. The Bucs hit .321 in the second stanza and held Wofford to .000.

Set 3 (25-18 ETSU): The Bucs’ defense continued to thrive as the match kept going as they recorded five blocks in the third frame. ETSU started the match on a 7-0 rout with seven straight serves from Sara Esposito (Venezia, Italy). The Bucs held a 15-5 advantage before Wofford began putting small runs together as they played catchup, but ultimately could not even the set. The Bucs took a 2-1 advantage in the match after winning the third 25-18.

Set 4 (25-23 Wofford): After a dominating third set from ETSU, Wofford came out aggressive in the fourth frame taking a 13-7 lead. It was ETSU’s turn to play catchup, but like Wofford in the third frame, they could not convert. The Bucs came within one at 20-19, but Wofford ended the set on a 5-4 run to even the match at two sets apiece.

Set 5 (17-15 ETSU): The fifth set capped off an extremely competitive match. The two teams alternated points until they were knotted up at 15. No team had more than a three-point lead throughout the final frame. It was Wofford’s serve as the set was locked at 15 when Lauren Hatch (Homewood, Ill.) gave the Bucs their third match point with a kill. ETSU’s defense showed up for the last time with a block-assist from Kaela Massey (Brentwood, Tenn.) and Esposito to shut the door on the Terriers and take the match 3-2.

The Bucs are back home tomorrow to face the Citadel at 3 p.m. Fans can watch the action live on ESPN+.