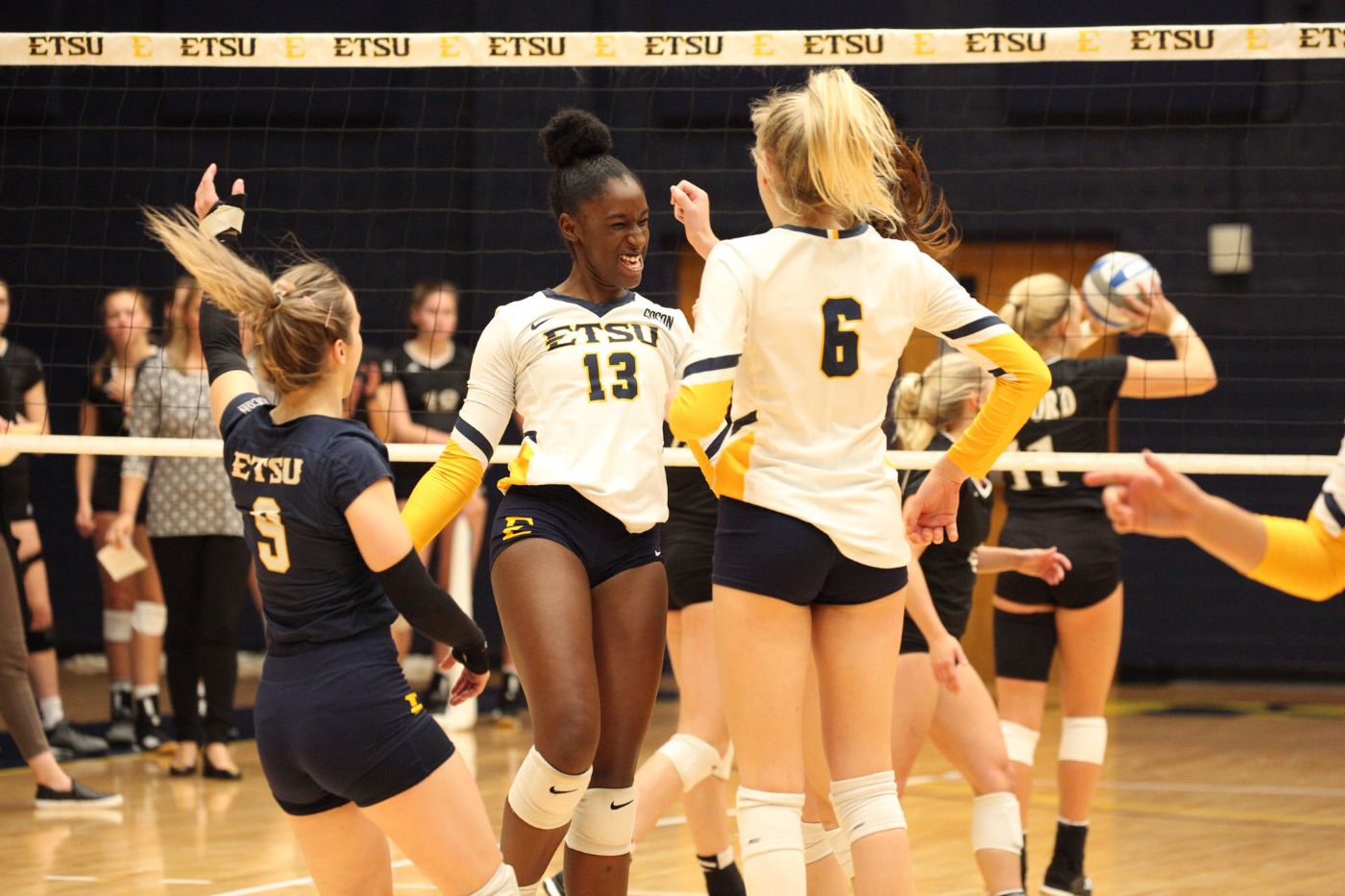 Set 1 (25-16 ETSU): The Bucs came out strong outhitting the Bulldogs .414-.061 in the first set. ETSU led from the beginning and never gave up their lead. They led by as much as nine multiple times in the frame. The score was tied at 1-1 and 2-2 and the Bulldogs never touched the Bucs’ lead after the start.

Set 2 (25-18 ETSU): ETSU was just as strong in the second stanza taking the lead at 1-0 and never allowing The Citadel to match their score. ETSU only had eight kills in the set, but capitalized on four blocks, three aces and 10 attack errors from The Citadel to take the second set 25-18.

Set 3 (25-21 Citadel): For the first time in the entire match, The Citadel led early and never gave up their advantage. ETSU tied the third set at six and seven, but were never able to take the lead. The Bulldogs hit .314 with 15 kills on 35 swings and two logged two aces in the set. The Bucs kept it close towards the end of the frame but the Bulldogs capitalized on a service error and three kills to take the set 25-21.

Set 4 (25-20 ETSU): The fourth set was the only one to feature any lead changes as the two teams were knotted up six times throughout the set and exchanged leads three times. In the fourth, the Blue and Gold came out like they did in the first with 15 kills on 34 swings and only three errors. The Bucs took advantage with six straight points in the middle of the set to take a 12-8 lead and they never gave it up. The Citadel inched close to ETSU late in the set closing in on their lead to make it 21-19, but the Bucs closed out the set on a 4-1 run to take the set and the match.

The Bucs have a short three-day break before getting back on the court on Wednesday, Oct. 16. They travel to face the unbeaten Catamounts of Western Carolina at 6 p.m.