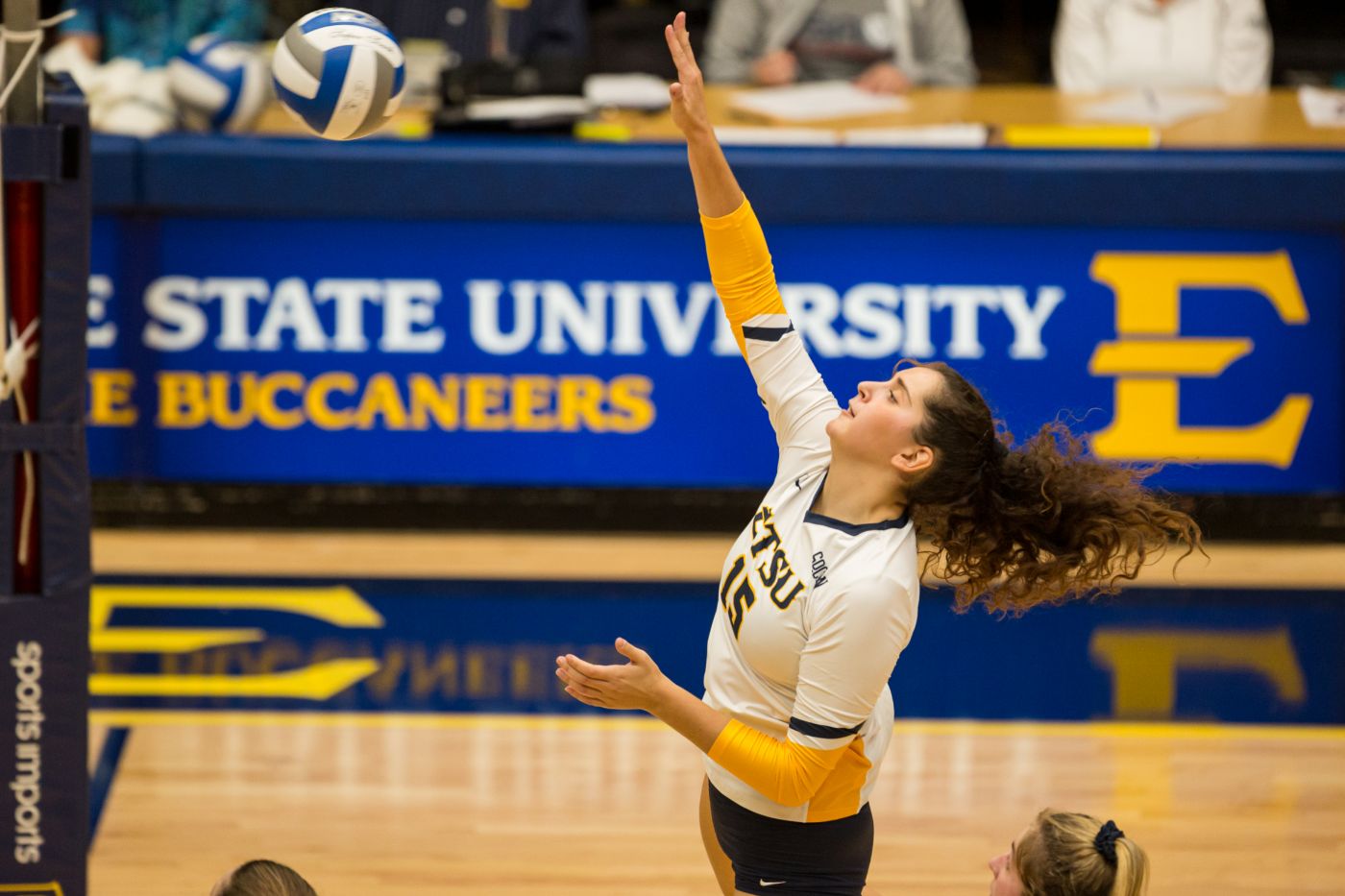 Cullowhee, N.C. (Oct. 16, 2019) – Two of the three undefeated teams in Southern Conference play faced off in North Carolina on Wednesday night. ETSU’s volleyball team came out on top in a straight-set victory over the Western Carolina University Catamounts (25-22, 25-18, 25-18).

Set 1 (25-22 ETSU): The Bucs were down in the first set 7-4 when they began to take control. After a kill from Sara Esposito (Venezia, Italy), Emily Arnold (Louisville, Ky.) stepped behind the service line for four-straight points and ETSU was up 9-7. After that advantage, the Catamounts were unable to regain the lead. The Blue and Gold were able to stretch their lead to seven at 22-15 before WCU began to battle back. The Catamounts went on a 5-1 run to force coach Jenkins to call timeout up 23-22. Kaela Massey (Brentwood, Tenn.) slotted a kill and a service ace out of the timeout to give ETSU the first set 25-22.

Set 2 (25-18 ETSU): The Bucs took the lead from the beginning of the second frame and WCU was able to tie the set just once at 4-4. The Catamounts came close with three straight points to force an ETSU timeout at 13-12. The Bucs closed out the set on a 12-5 run to take a 2-0 advantage in the match. Through two sets, Esposito was hitting .562 with 10 kills.

Set 3 (25-18 ETSU):  The Blue and Gold held a 9-5 lead and then executed on three straight blocks gave the Bucs a seven-point edge. The Catamounts were unable to come close to the Bucs lead at any point in the set as ETSU carried a lead of five or more throughout the rest of the frame. WCU scored three straight points to cut their deficit to six before Olivia Cunningham slotted two service aces to give the Bucs match point. ETSU used the defense of Esposito and Massey at the net to close out the match on the team’s 14th block assist of the night.

ETSU is back to the hardwood on Friday, Oct. 18 to face another team unbeaten in SoCon play. The Bucs travel to Birmingham, Ala. to face the Samford Bulldogs at 8 p.m. EST. Fans can watch the match live on ESPN3.