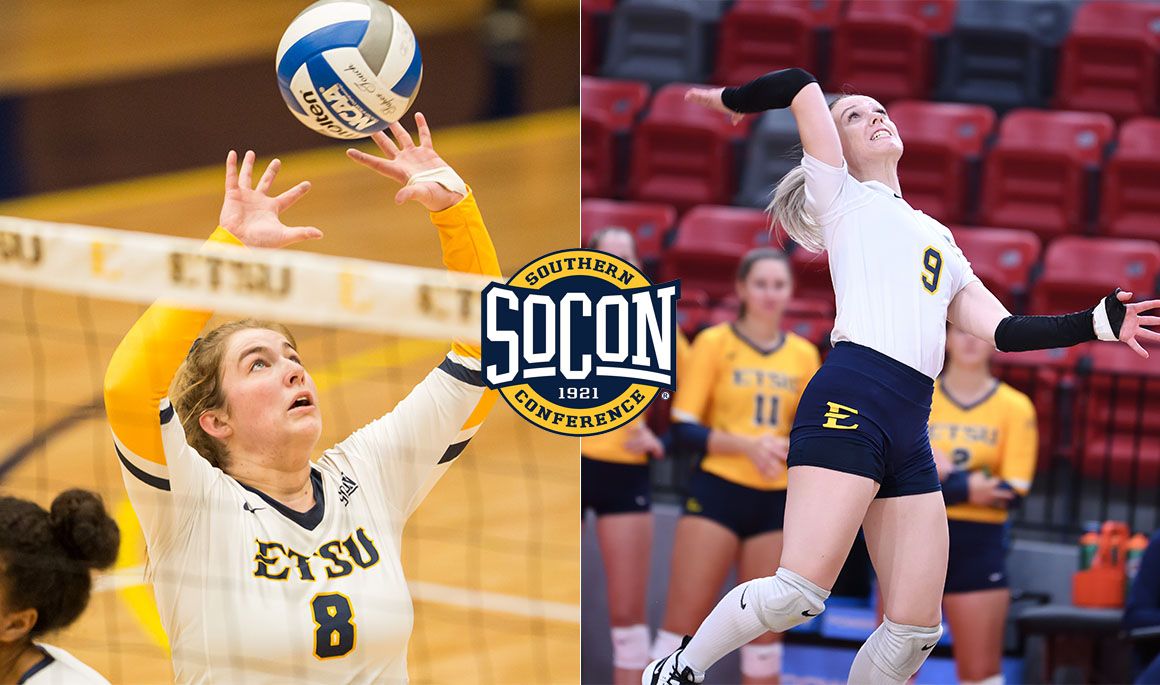 Popovic and Arnold Earn Player of the Week Accolades

SPARTANBURG, S.C. (Oct. 21, 2019) – For the first time this season, ETSU’s volleyball team has been awarded two of the three Southern Conference Player of the Week awards in the same showing, the SoCon office announced Monday afternoon. Marija Popovic (Belgrade, Serbia) took home the Defensive Player of the Week for the first time in 2019 and Emily Arnold (Louisville, Ky.) won the setter award for the third time this season.

On Friday, Arnold set a career-high with 59 assists in a crucial five-set victory over Samford. Through the Bucs’ two games last week, she totaled 96 assists, 15 digs and five kills. The freshman setter averaged 12 assists/set.

Popovic led the Bucs’ defense with a total of 38 digs between the two matches. The junior libero led the match over Western Carolina with 22 digs in the back row.

This is Popovic’s first SoCon weekly accolade of the season and the sixth of her career. The Belgrade, Serbia native is the first ETSU volleyball player to win six SoCon weekly awards in her career.  She has now logged 20+ digs in three of the eight conference matches this season.

Arnold has now racked up three awards, all coming in the last month. She currently leads the conference with 11.33 assists/set in SoCon play.

The Bucs currently sit atop the SoCon with an 8-0 conference record. The Blue and Gold are 17-3 overall this season and are riding a 10-match win streak.

ETSU is back in action at home this weekend to host Furman at 6 p.m. on Friday for their second-annual “Pink Out” game. They close out the weekend with a 3 p.m. match against UNCG in Brooks Gym on Saturday.