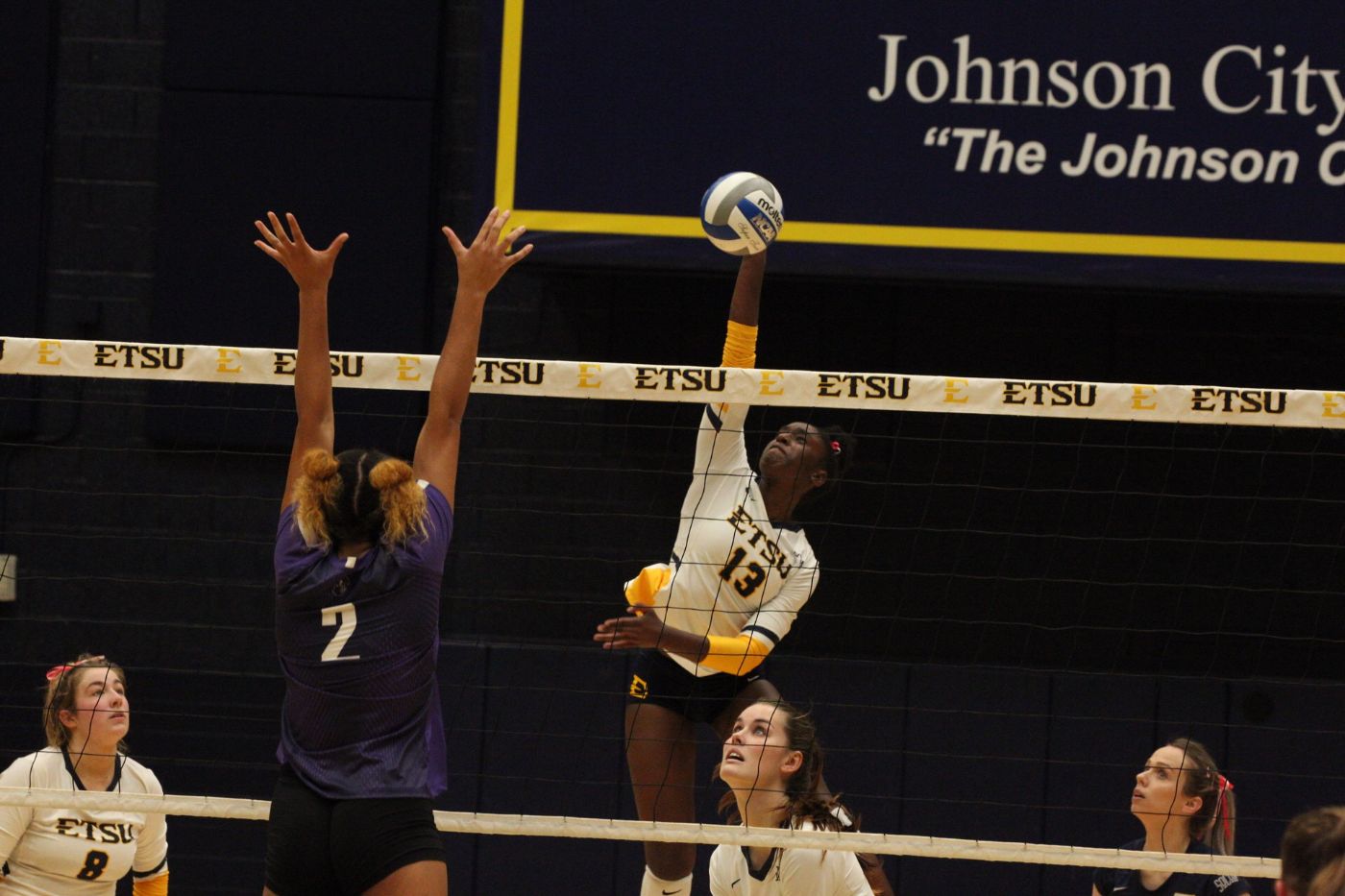 JOHNSON CITY, Tenn. (Oct. 25, 2019) —The ETSU volleyball team saw themselves on the wrong side of a 2-0 match on Friday evening and were unable to complete a comeback to beat the Furman Paladins. The Bucs were handed their first loss in conference play.

Set 2 (25-21 Furman): The second set started off close until the Paladins went on a 5-0 run to hold a 13-8 lead. The Bucs began to inch back but were able to come within five. Olivia Cunningham (Knoxville, Tenn.) came off the bench in the second set and recorded six kills and five digs in the second frame.

Set 3 (25-16 ETSU): The Bucs hit .471 in the third frame to bring them back into the contest. ETSU led from the beginning, hosting an 8-4 lead. The Paladins were unable to cut in the Bucs’ advantage as ETSU had a 5-0 run and a 4-0 run late in the set. Cunningham and Lauren Hatch (Homewood, Ill.) combined for 11 kills in the set.

Set 4 (25-15 ETSU): ETSU took their momentum from the third frame into the fourth. Hatch and Cunningham continued to dominate with 12 kills and 10 digs between the two Bucs. Like the third, ETSU took the lead early and never let go. The Bucs held a 9-5 advantage and ultimately held a five-point lead throughout the majority of the set until the Bucs ended on a 7-2 run. An ace from Cunningham and a kill from Kaela Massey (Brentwood, Tenn.) put the set away.

Set 5 (15-10 ETSU): The fifth set was back and forth until the Paladins called timeout down 9-8 after a 3-0 ETSU run. After the timeout the two teams alternated points to knot the set up at 10 points apiece. The Paladins closed out the match on a 5-0 run to defeat the Bucs three sets to two.

The Bucs are back home tomorrow to face UNCG at 3 p.m.