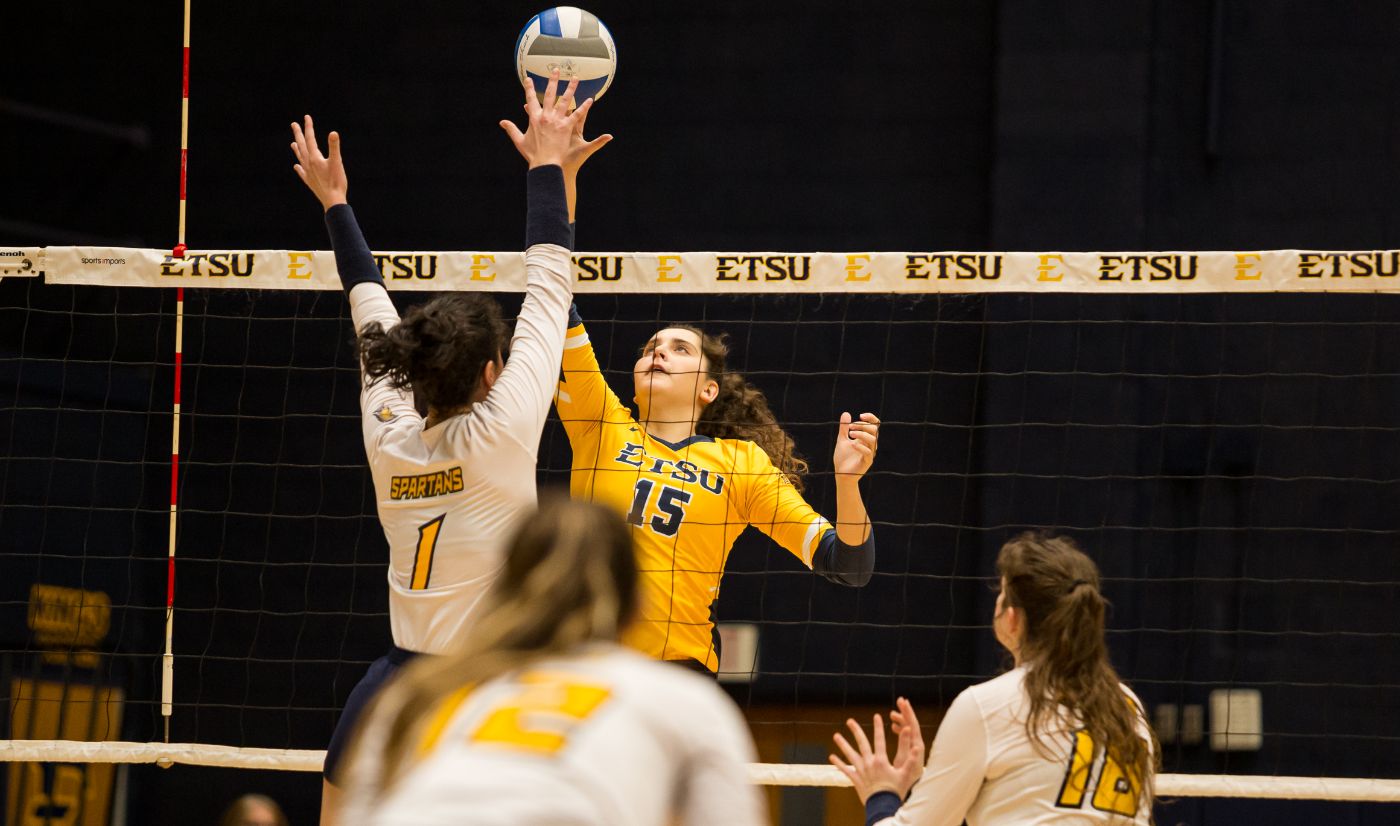 JOHNSON CITY, Tenn. (Oct. 26, 2019) —The ETSU volleyball team came out strong after suffering their first Southern Conference loss of the season last night. The Bucs defeated the UNCG Spartans 3-0 (25-13, 26-24, 25-16) on Saturday afternoon to get their ninth win of conference play.

Set 1 (25-13 ETSU): The match was tied at three and then ETSU went on an 8-1 run to hold a seven-point advantage which proved to be all they needed to win the first set. The Spartans were unable to get any closer than seven as the Bucs pulled out to a 10-point cushion, up 19-9. The Blue and Gold took a 1-0 lead in the match with a 25-13 victory in the opening frame. ETSU hit .444 in the first set with 14 kills on 27 swings and just two errors.

Set 2 (26-24 ETSU): The second set was a lot more competitive than the first with UNCG tying the frame at 24. The Bucs held a seven-point advantage up 23-16 before UNCG jumped on an 8-1 run to tie the stanza. Lauren Hatch (Homewood, Ill.) registered back-to-back kills to close out the second set and give the Bucs a 26-24 set win. In the second frame, the teams combined for no reception errors on 47 serves.

Set 3 (25-16 ETSU): For the second consecutive night, ETSU took the third frame 25-16. The Bucs started off the set with four straight points. The Blue and Gold went on another 4-0 run late in the frame to take a 16-10 with an ace from Emily Arnold (Louisville, Ky.) and two kills. ETSU was able to push their lead to nine and win the match on back-to-back service aces from Marija Popovic (Belgrade, Serbia).

The Bucs are back home next Friday when they host the Mercer Bears at 6 p.m.