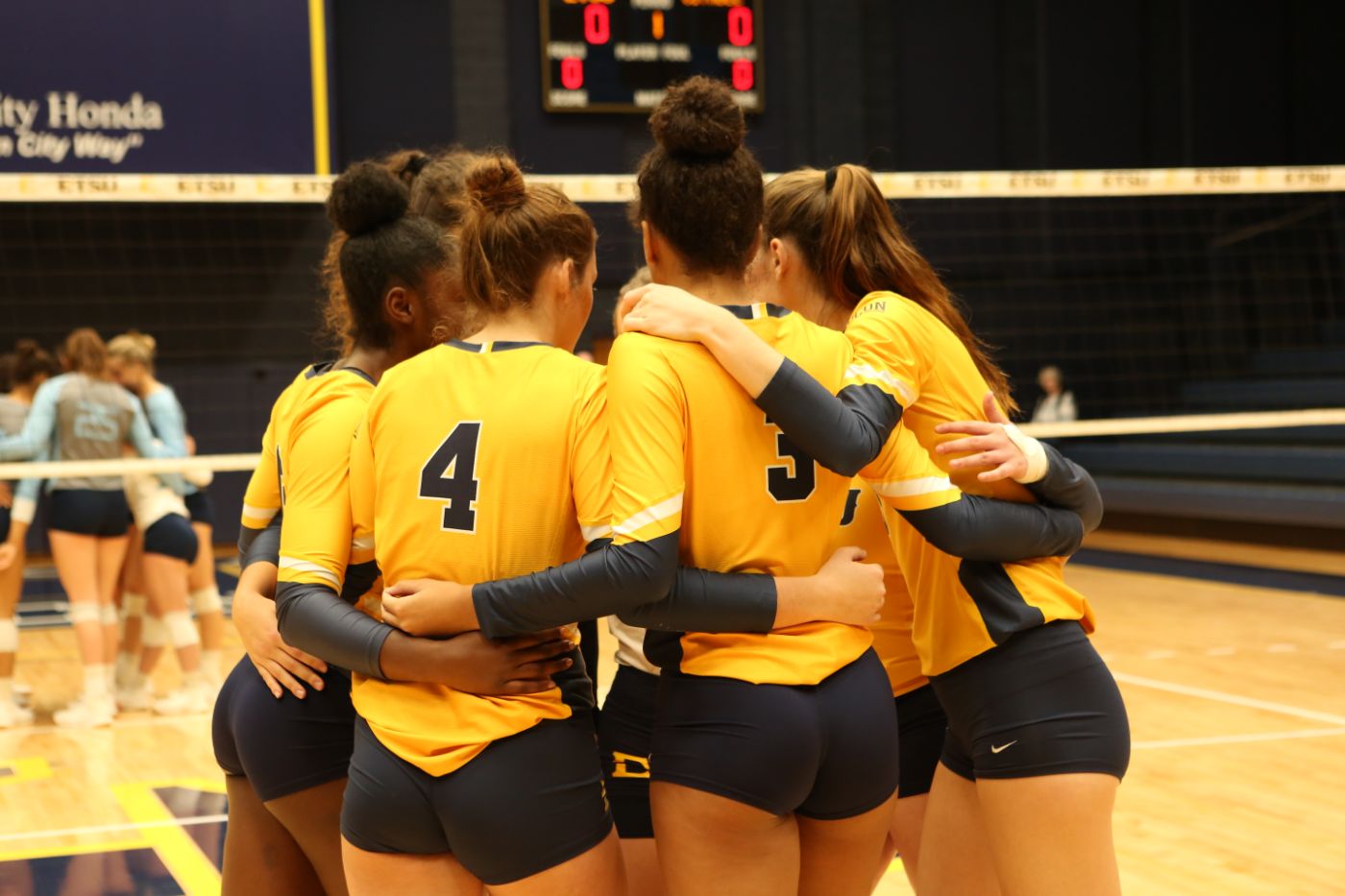 JOHNSON CITY, Tenn. (Oct. 31, 2019) – ETSU’s volleyball team will complete their longest home stand of the season this weekend as they host the Mercer Bears on Friday and the Chattanooga Mocs on Saturday. In between the second and third set on Friday evening, ETSU will honor a group of volleyball alumnae.

LAST TIME OUT:  Last weekend, the Blue and Gold suffered their first conference loss of the season with a 3-2 setback to Furman. The loss snapped a 10-match win streak for the Bucs. ETSU battled back to sweep the UNCG Spartans the next day to improve to 18-4 (9-1 SoCon) on the season. Lauren Hatch (Homewood, Ill.) set a career-high on Friday with 21 kills and 17 digs against the Paladins and Kaela Massey (Brentwood, Tenn.) hit above .350 in both matches.

SERIES HISTORY:
ETSU vs. Mercer: This will be the 29th matchup all-time. ETSU leads the series 23-5. The Blue and Gold won all three matches against the Bears last season and swept Mercer in Georgia earlier in 2019.
ETSU vs. UTC: This will be the 72nd meeting all-time. ETSU leads the series 38-33. The Bucs swept the matchup over the Mocs earlier this season. The Bucs have won the last six matches against the Mocs dating back to 2017.

A LOOK AT ETSU: The Bucs are one of two SoCon teams with just one defeat in conference play (Samford) and are one of 24 NCAA Division I teams with 18 or more wins this season. ETSU currently leads the SoCon in four categories: hitting percentage (.235), assists (12.29/set), kills (13.14/set) and blocks (2.16/set). Individually, Massey sits third in the conference rankings with a .337 attack clip as Olivia Cunningham (Knoxville, Tenn.) is tied for third averaging 3.55 kills/set. Defensively, Marija Popovic (Belgrade, Serbia) is third in the league with 4.27 digs/set.

ETSU has had a player named with a SoCon weekly honor seven times this season which is tied for best in the conference. Emily Arnold (Louisville, Ky.) has won Setter of the Week three times, Massey has been tabbed Offensive Player of the Week twice and Popovic and Sydney Cherney (Knoxville, Tenn.) have both earned a defensive honor once this season.

A LOOK AT UTC: Chattanooga is the lone team without a conference win in 2019 and have an overall record of 5-17. The Mocs are currently on a 12-game losing skid. Prior to their matchup with ETSU, the Mocs head east to face the Catamounts of Western Carolina. UTC is led by Dani Szczepanski who is averaging 3.05 kills/set with a .315 attack clip. She is currently fifth in the SoCon among active players with 853 career kills and third with 102 aces.

EARLIER THIS SEASON: Last time against the Bears ETSU came out on top with a dominant performance from Massey; the senior logged 11 kills and no errors on 24 swings for a .458 hitting percentage. Sara Esposito (Venezia, Italy) joined Massey with double-digit kills and built a .348 attack clip. Mercer was led by Alexia Morey who had nine kills on 13 attempts for a .615 hitting percentage, but the team only hit .176. In the match against UTC the Bucs were once again led by Massey who hit .471. Arnold set a career-best with five kills and logged a double-double with 38 assists and 10 digs. The Mocs hit .245 as a team in their three-set loss, but only tallied one ace. UTC out-blocked the Bucs in the battle seven to five.