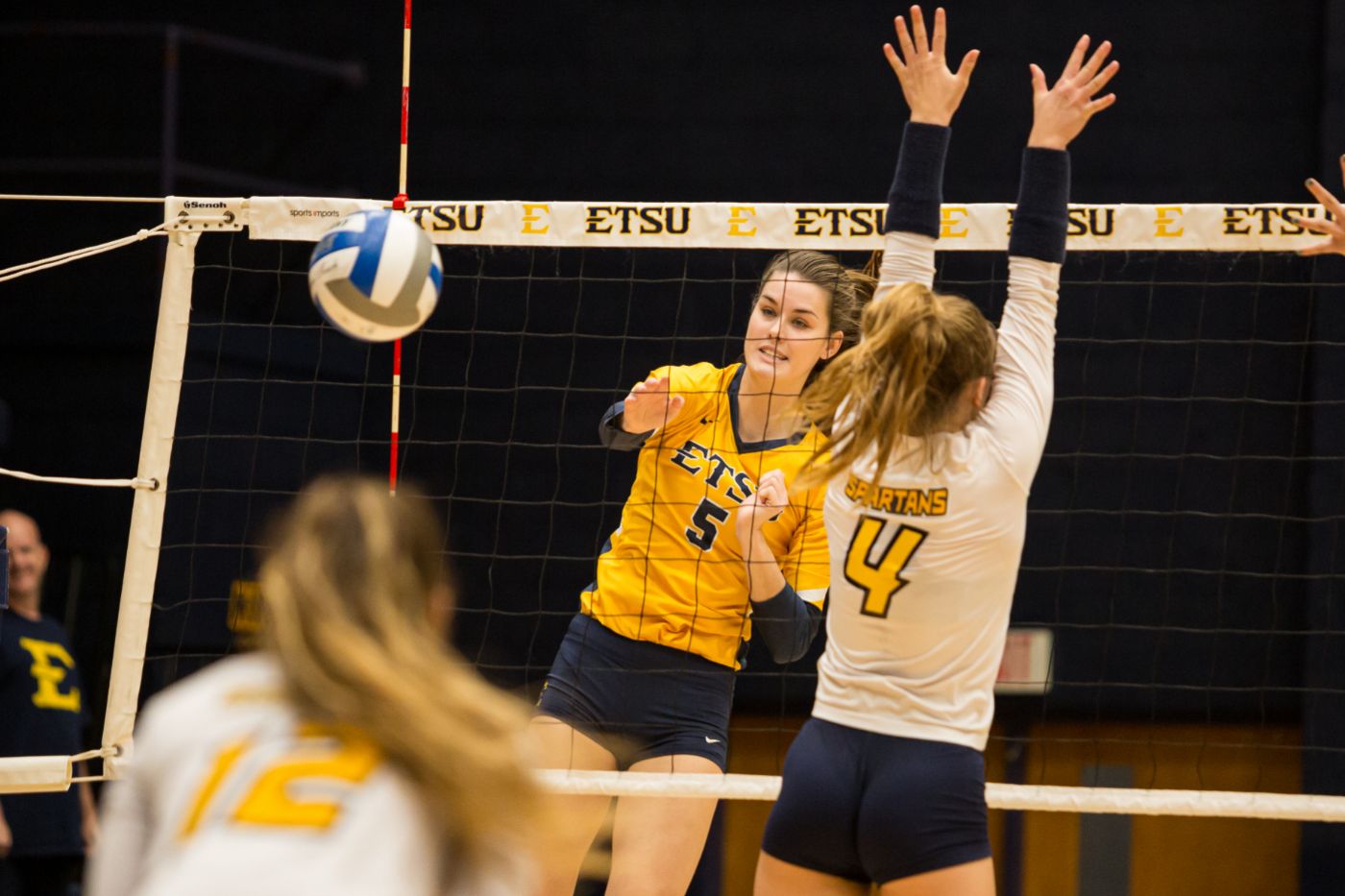 Set 1 (25-18 ESTU): After the Bears got the first point of the match, ETSU went on a 6-1 run to hold an early advantage. Mercer inched close cutting the lead to two at 10-8, but the Bucs scored the next three to force a Mercer timeout down five. ETSU capped off a 6-0 run to double Mercer’s score up 16-8. Mercer went on a 6-2 run late in the set to force an ETSU timeout up 22-17. After the timeout, the Bucs scored three out of the next four points to take the first set 25-18.

Set 2 (25-15 ETSU): The Bucs came out of the second set firing to take a lead off of six straight serves from Abbie Trantham (Candler, N.C.). Mercer inched back to come within one at 9-8, but the Bucs prevailed and ultimately held a 16-12 advantage. The Bucs continued their run to hold a 20-13 lead and finished the set with a 5-2 run to take a 2-0 advantage in the match. Massey hit 1.000 in the second frame with five kills on five swings.

Set 3 (25-15 ETSU): ETSU started the third set like the second with a quick run on four straight points. The Blue and Gold held an 18-8 advantage late in the set which was all they needed to secure a win. The Blue and Gold capitalized on two errors from the Bears to take the set 25-15.

The Bucs are back in action tomorrow to host Chattanooga. First serve is set for 8 p.m. Fans can follow the action on Twitter and with live stats.