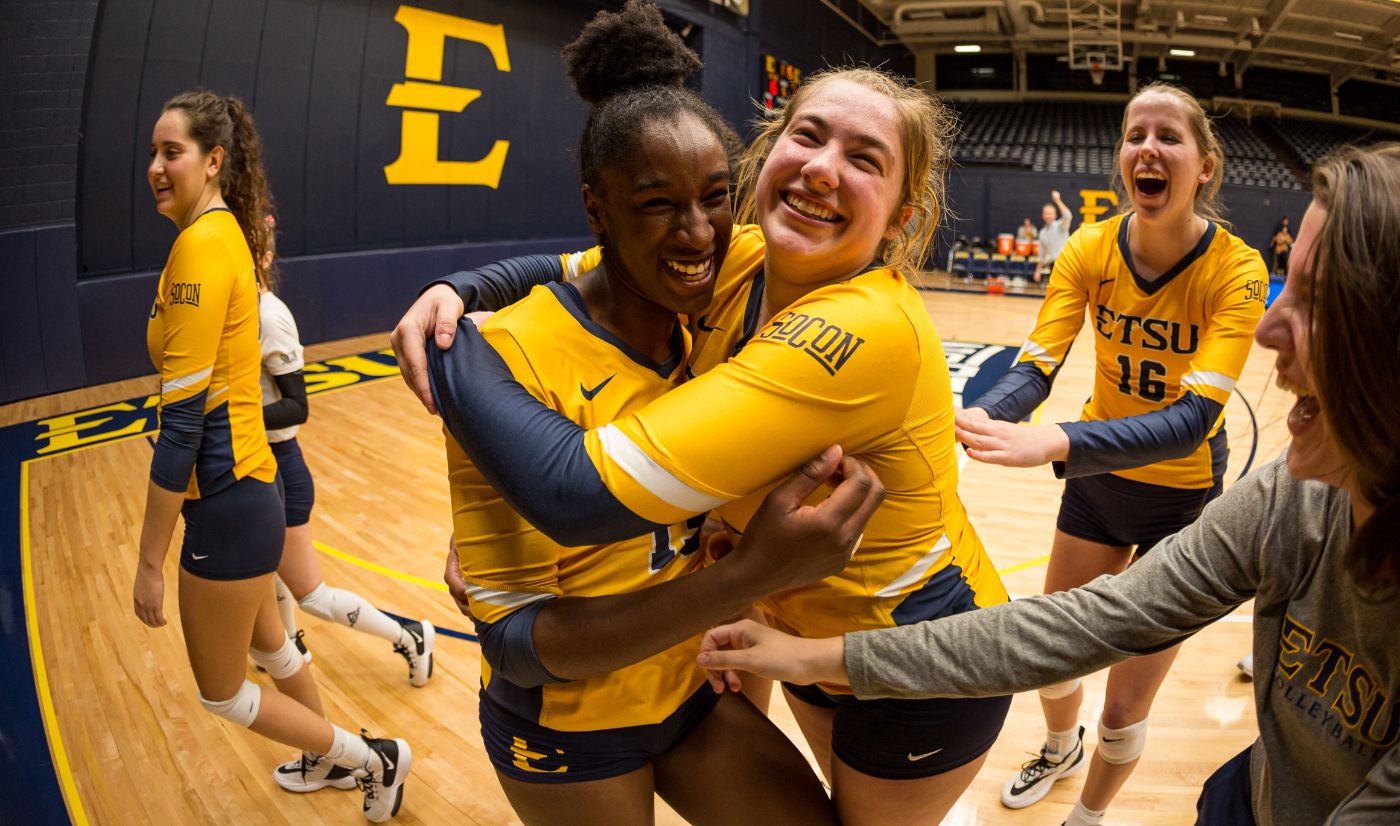 Set 1 (31-29 UTC): The first set was one of the most competitive of the season for both squads. The frame featured 19 ties and 10 lead changes. The largest lead of the set for either team was four when UTC held a 20-16 lead advantage. ETSU came back and tied the match at 24 before the two teams fought to become the first to score two in a row.  It was back and forth for the next 10 points, but two errors cost the Bucs late to drop the first frame 31-29.

Set 2 (25-15 ETSU): The Bucs came out strong in the second frame to hold an early 15-7 advantage. The Blue and Gold ultimately led by 10, up 22-12. ETSU closed out the set with a kill from Kaela Massey (Brentwood, Tenn.) to take the set 25-15 and even the match. The squad limited UTC to a .000 hitting percentage with three blocks from the Blue and Gold. The Bucs had two aces and were perfect with no reception errors on the back end to limit the Mocs to no aces in the set.

Set 3 (25-20 ETSU): The third set was very similar to the first with two teams staying close throughout. No team held a lead of more than two until the Blue and Gold held a 22-19 lead towards the end of the frame. The Bucs ended the set on a 7-2 run to take a 2-1 advantage in the match. In the third, Hatch logged seven kills on 13 swings with no errors.

Set 5 (15-7 ETSU): The Bucs took charge in the fifth starting off the set tallying seven straight points with Sydney Cherney (Knoxville, Tenn.) behind the service line. The Blue and Gold hit .421 in the fifth to close out the match with 11 kills on 19 swings. ETSU won the match with a block from Massey and Abbie Trantham (Candler, N.C.). Hatch logged seven kills out of the teams’ 11 in the fifth set to tie the program record with 29.

With the win, ETSU is tied with Samford atop the SoCon standings with an 11-1 record in the conference. Both teams have four matches remaining this season including a battle against each other in the last conference match of the season on Nov. 16 at 8 p.m. in Brooks Gym.

The Bucs are back in action next Friday as they travel to The Citadel. First serve is set for 6 p.m.