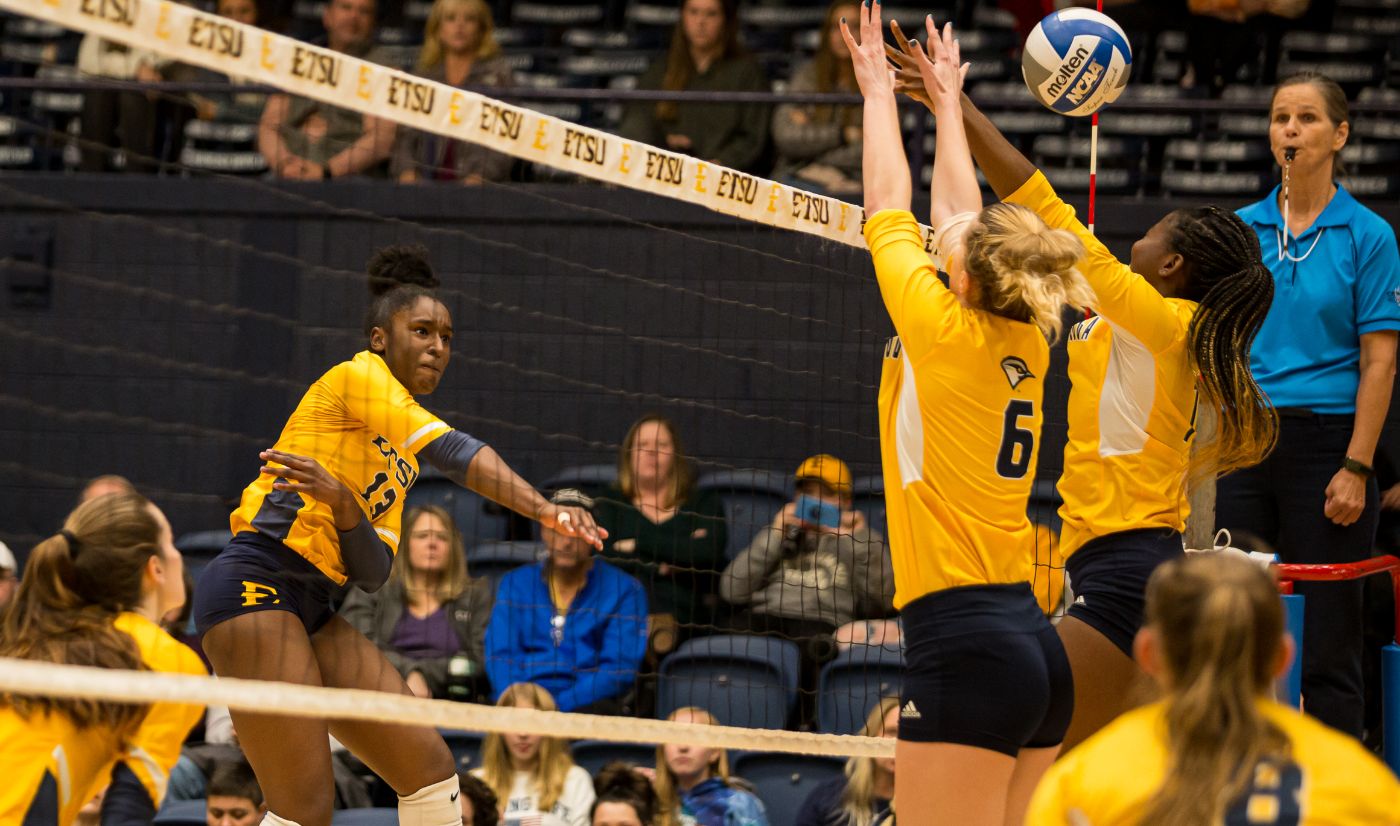 SPARTANBURG, S.C. (Nov. 4, 2019) – ETSU’s freshman outside hitter, Lauren Hatch (Homewood, Ill.) has been named the Southern Conference Offensive Player of the Week, the SoCon office announced Monday afternoon. This is the first accolade of her career and eighth for the Bucs this season.

Over the weekend, Hatch averaged 5.25 kills per set and led both matches in the category. She tallied 13 kills against Mercer on Friday before her dominant performance with 29 on Saturday against Chattanooga. With 42 kills on 95 swings through the two matches, the freshman totaled a .305 hitting percentage.

In addition to her record-setting performance offensively, Hatch led the team with two solo blocks on Saturday and tallied two block assists to reach a total of four for the third time this season.

ETSU is currently in a tie at the top of the SoCon standings with Samford as both squads host an 11-1 conference record. The Bucs are back in action this weekend as they complete their road slate of matches with a 6 p.m. match against The Citadel and a 3:30 p.m. battle with the Wofford Terriers.