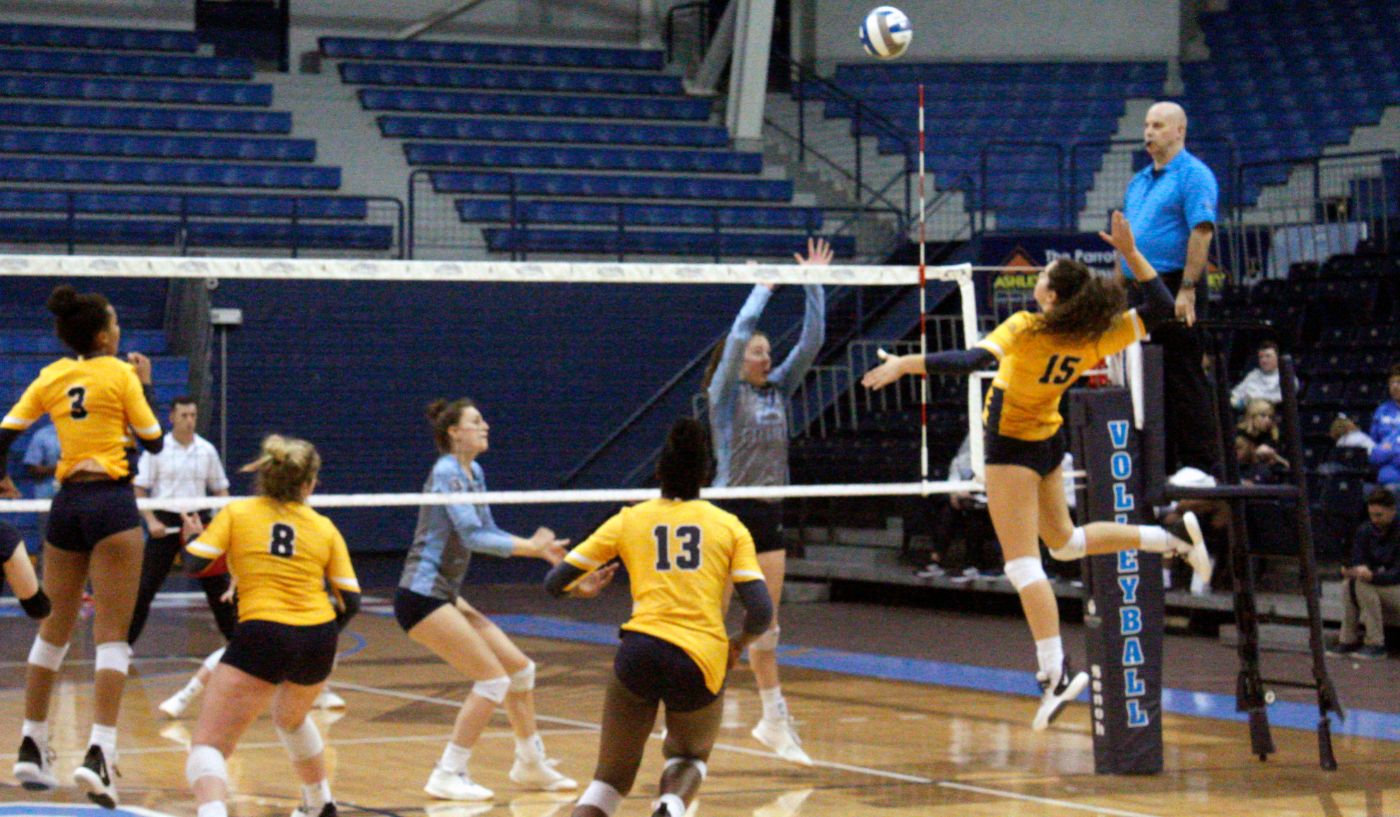 Set 1 (25-14 ESTU): The Bucs were strong out of the gate, starting off the match with a 15-7 lead. At the first media timeout, Olivia Cunningham (Knoxville, Tenn.) had tallied four kills on her first four swings of the match. Towards the middle of the set, the Bucs held a 5-2 run to force the Bulldogs to take their first timeout of the match down 20-11. ETSU finished the set with a 5-3 run capped off by an ace from Cunningham.

Set 2 (25-23 CIT): The Citadel came out with fight in the second set ultimately taking a 13-9 lead to force ETSU to call their first timeout of the match. The Bucs came back to tie the set and the two squads alternated points throughout the remainder of the frame. The Citadel won the final two points of the set off of a block and a service error to tie the match at one set apiece.

Set 3 (25-16 ETSU): ETSU shined in the third and jumped out to a 10-1 lead early and that was all they needed. The Bucs hit .483 in the frame led Cunningham’s six kills on seven swings. Through the third set, ETSU had eight service aces with two from Marija Popovic (Belgrade, Serbia), Lauren Hatch (Homewood, Ill.) and Cunningham.

Set 4 (25-12 ETSU): The Blue and Gold began the fourth set the same as the third holding a 6-1 lead early. After the Bulldogs came back to cut their deficit to two, ETSU went on a seven-point run to take a 17-6 lead. The Bucs completed their most dominant set of the night with a 25-12 victory over the ‘Dogs.

The Bucs are back in action tomorrow to conclude their road matches with a 3 p.m. match at Wofford. Fans call follow the action on live stats and watch live on the SoCon Digital Network.