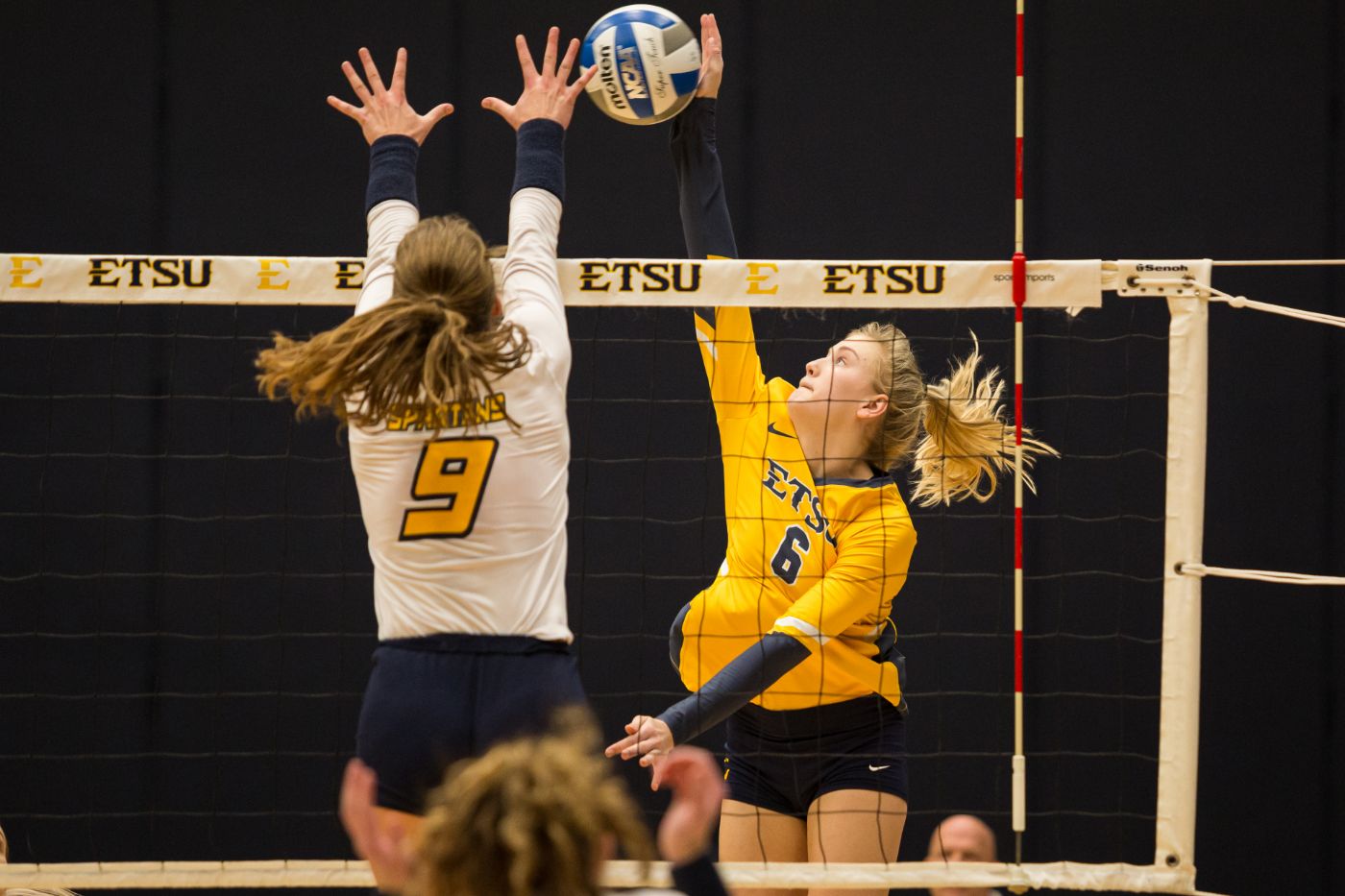 Set 1 (25-15 ESTU): The Blue and Gold started strong with seven kills on 12 swings. After the timeout, the Terriers found momentum and tied the match at 13, but they would never regain the lead. From that point forward, Wofford never converted on consecutive points as the Bucs ended the set on a 12-2 run.

Set 2 (25-20 ETSU): The beginning of the set was close with the largest lead being the Terriers’ 7-4 advantage. The Bucs used a 6-1 run in the middle of the set to force Wofford to call their first timeout down 15-11. Wofford inched close to bring their deficit to two down 18-16. The Blue ended the second set on 7-4 run capped off by a block from Sara Esposito (Venezia, Italy) and Kaela Massey (Brentwood, Tenn.).

Set 3 (25-20 WOF): It was a 4-4 game in the third before the Bucs jumped on an 8-1 run. The Terriers did not go away early and tallied five straight points of their own to force the Bucs to call a timeout up 12-10. The Terriers closed out the set with three blocks, their only three of the set, to force a fourth frame after a 25-20 victory in the third.

Set 4 (26-24 ETSU): The Terriers came out of their set win with four points in a row to start the fourth. The Bucs battled and flipped the scoreboard to take an 11-9 lead to force the Terriers to call timeout. Out of the timeout Wofford scored three straight points to retake the lead. The most competitive set of the match was tied at 15 at the halfway point. After that point, no team scored more than three points in a row. The Blue and Gold sealed the win with kills from Olivia Cunningham (Knoxville, Tenn.) and Lauren Hatch (Homewood, Ill.).

ETSU and Samford are tied with a 13-1 record at the top of the SoCon. Samford's lone loss came at the hands of the Bucs while ETSU fell in a five-set match to Furman earlier this season.

The Bucs conclude their 2019 campaign at home this week with a Wednesday matchup against Western Carolina at 6 p.m. and a Saturday night match against Samford at 8 p.m. Saturday’s contest will honor the two seniors on the squad.