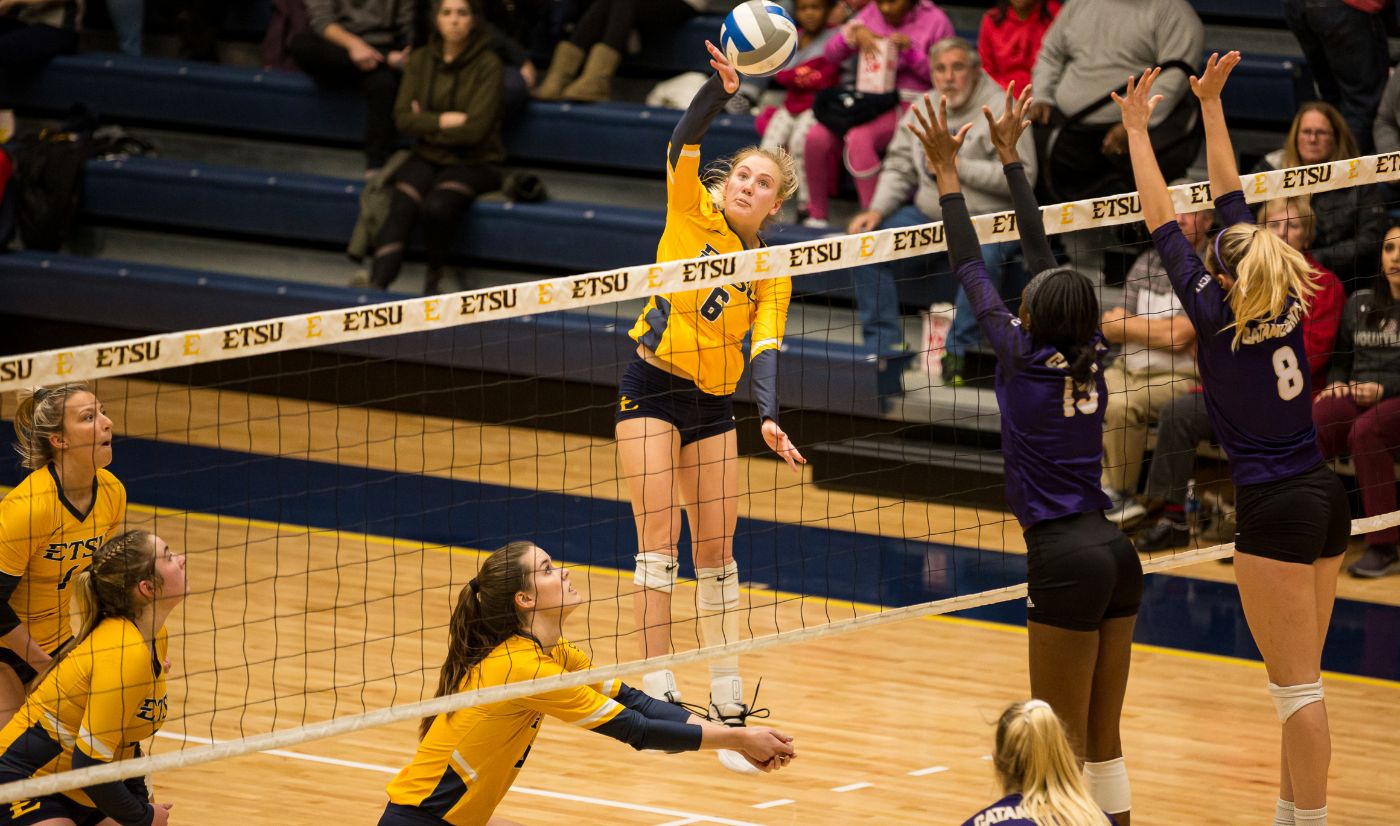 Massey and Popovic move up in the record book

Set 1 (25-23 WCU): The first set featured seven ties and three lead changes between the two squads. WCU got ahead early, up 13-9, but the Blue and Gold prevailed to retake the lead, 17-15. The Catamounts came back late ending the set on a 5-2 run to take the frame, 25-23. By the end of the first set, both liberos had ten digs.

Set 2 (25-21 ETSU): The second frame was nearly as competitive, but once the Blue and Gold held a 6-5 advantage, they never gave it up. Their lead only touched as many as five, up 18-13, but the Catamount offense was limited to a .152 hitting percentage and was unable to reach the Bucs’ score. Olivia Cunningham (Knoxville, Tenn.) logged seven kills in the second set on 15 attempts with no errors.

Set 3 (25-22 ETSU):  The third frame was the most competitive of them all with eight ties and five lead changes. Like the second frame, Cunningham led the way with seven digs. WCU took the lead early, up 5-2 but ETSU came back to retake the lead up 12-11. The Catamounts tied the match three times in the middle, but were unable to gain an advantage.

Set 4 (25-18 ETSU):  The fourth set was the strongest for the Blue and Gold with WCU never catching up to their lead. The Bucs held as large as an eight-point advantage late in the set. WCU finished the set on a 4-2 run with four straight points served by Caroline Perrett, but were ultimately unable to go ahead. In the fourth frame, ETSU hit .217 and held the Catamounts to a .150 attack clip as a team.

ETSU is back to the hardwood on Saturday, Nov. 16 to take on the Samford Bulldogs in what will determine the number one overall seed in the conference tournament. With a win on Saturday, or a Bulldogs loss on Friday, ETSU can clinch a share of the regular-season title.