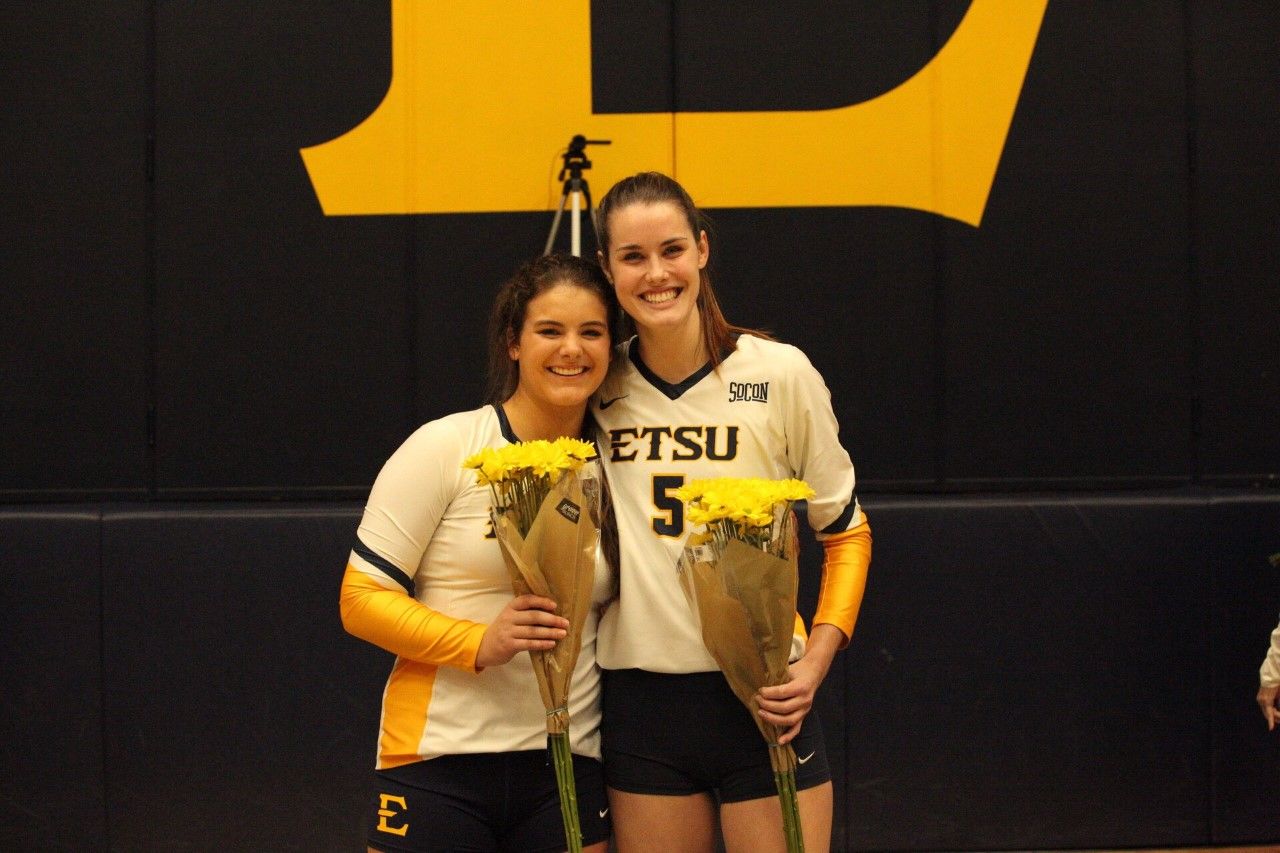 Prior to the match, ETSU honored Kaela Massey (Brentwood, Tenn.) and Mary Catherine Smith (Murfreesboro, Tenn.) for their accomplishments as a Buccaneer.

Set 1 (25-20 SAM): The Bucs held an early first-set lead up 11-9 and then Samford gained momentum winning seven of the next eight points to take a 16-12 lead and force the Bucs to call timeout. ETSU began to battle back with a big kill and solo block from Lauren Hatch (Homewood, Ill.) to cut the Bucs’ deficit to four and force a Samford timeout. The Bulldogs won two of the next three points to take the first set 25-20.

Set 2 (25-14 SAM): After a .091 hitting percentage in the first set, Samford battled back with a .346 attack clip in the second and limited ETSU to just eight kills in the frame. Samford led from the beginning and never gave up the lead.

Set 3 (25-23 ETSU):  ETSU did not let up and took the third set behind six kills and a .750 hitting percentage from Sara Esposito (Venezia, Italy). The Bucs held the lead from the beginning and never gave it up. Samford battled back late and cut ETSU’s lead to one, but a kill from Hatch secured the set for the Bucs.

Set 4 (25-23 SAM):  The fourth set saw more lead changes and ties than the previous three sets combined. The set featured 14 lead changes and five ties. The Bucs and Bulldogs alternated every point from 18-18 to 22-22. Samford won the match and ultimately the regular season with a kill from Kelsi Hobbs as Samford edged out the Bucs 25-23.

ETSU completes the regular season with a .234 hitting percentage which is good for best in the conference.

Heading into the conference tournament, Massey is second in the SoCon with a .339 hitting percentage while Cunningham is tied for the lead league in aces with .45/set and is third with 3.57 kills/set. Defensively, Popovic is second with 4.37 digs/set.

ETSU finishes the regular season with a 23-5 overall record and 14-2 record in the SoCon. The Bucs will be the number two seed in the conference tournament and will face UNCG on Friday at 4:30 p.m. in Spartanburg, S.C.